Over the last couple days, a segment of the Maryland Republican Party is scratching its head over the absence of gubernatorial candidate Charles Lollar from several high-profile events: last month’s Andy Harris First District Bull Roast, the Conservative Victory PAC Ken Cuccinelli fundraiser (which was sponsored by several Maryland politicians), the Prince George’s County Lincoln Day Dinner with Lt. Col. Allen West, and most recently the state party’s Oktoberfest gathering in Timonium Saturday night. The conventional wisdom argument is that these were lost opportunities to impress the party brass.

But this may also presuppose Lollar wasn’t out meeting with “regular Joe” voters, and some say a lot of these gatherings would be time better spent knocking on doors or making phone calls. So which is it? I don’t know, but my feeling is that we all need to get back to basics and begin to compare just where each of the three major declared candidates stand on important issues facing the state.

A year and a half before the 2012 Presidential election, I began a process of grading the candidates in the race at the time on a number of issues. I think it’s time to repeat the process, with some different parameters because the issues aren’t always congruent between state and national elections – for example, I don’t have to worry about trade or the Long War but I do have concerns about agricultural issues and necessary changes to the state political system, meanwhile, some issues grow or contract in importance because of recent state developments. But I like the 100-point system so I will adapt it to suit.

So the 2014 monoblogue endorsement will be based on the following formula:

Once I add or subtract three points for various intangibles of my choosing, I’ll come up with the candidate who I think will best serve Maryland. Granted, my endorsement will only be worth the pixels they’re darkening but at least some thought will be put into why this candidate is the best one for Maryland. (Keep in mind that any of these three would be vastly superior to Anthony Brown, Doug Gansler, Heather Mizeur, or anyone else Democrats put up.) Otherwise, I come in with no preconceived notions with the exception that the other declared GOP candidates in the race don’t have the campaign or the presence to achieve any more than a tiny percentage of the vote so they’re not included; also, this is subject to update if/when Larry Hogan enters the race.

So now that you have the basic concepts, how about some specifics of what I’m getting at for each point? These are questions I may be able to find answers for within the candidates’ own websites, but it’s more likely I need further guidance. I have had the chance to hear all three declared candidates speak on at least two occasions apiece so I might have a decent idea where they’ll go, but it never hurts to ask. With that, here goes:

Yes, that’s a hell of a lot. But somewhere, someone else is asking some of the same questions and if I’m going to make a decision I want it to be informed. And while I’d like to make these issue posts on about a weekly basis, that’s probably a quite aggressive timetable.

But I’m sure that a) people from the respective campaigns read my website, and b) they will bend over backwards for new media. (At least that’s what I’m counting on.) And it’s likely they haven’t even pondered some of these queries, so I don’t expect miracles – but I’ll take them anyhow.

Yet I’m sure that some high-dollar Beltway Republican consultant will tell their candidate that he’d be nuts to get into specifics this far out because all it would provide is fodder for the Democrats and the press (but I repeat myself) to harp upon as the campaign heats up. News flash: they will do that anyway, even if they have to make stuff up (e.g. “a fee is a tax.”) So get it out now and I’ll take those clowns on myself, even as I point out that it’s not like I don’t have a few allies in this fight.

Just let me know you have the balls to stand for something, okay?

For many years, local Republicans in Wicomico County had to make a choice: support the local Republican Club by attending their annual Crab Feast or show their backing of our Republican Congressman – at the time, Wayne Gilchrest – by making it up to the Upper Shore for the annual Bull Roast. Now that Wicomico Republicans have settled on a date closer to Labor Day, though, it opens the field up for us and several of us from our local Republican party attended the annual First District Bull Roast. If one more Central Committee member had shown, we would have had a quorum.

The venue was impressive, so I made sure to follow the rules. 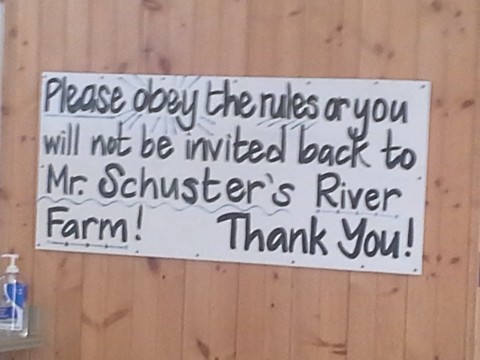 This sign was actually in a side building which, I was told by volunteer E. Dee Monnen, serves as a dorm for inner-city kids who spend time on this working Schuster farm – on this day, though, it served as the venue for a VIP gathering. This mini-tour was one advantage of our timing: because Kim and I did an event with her side of the family earlier in the morning, we arrived somewhat early.

Not two minutes later my fellow blogger and radio host Jackie Wellfonder arrived for her stint as Red Maryland Radio co-host for the day, with Andrew Langer as her sidekick. 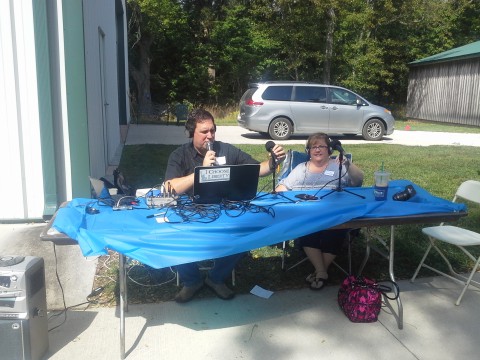 But the real stars of the show were those elected officials and longtime Republican fixtures who came to speak to us. (Best Supporting Actor, though, has to go to whoever made the beef, which was flavorful and nicely seasoned for my sandwiches. If I were more of a foodie you’d have had the pic, horseradish and all. But I’m not.) 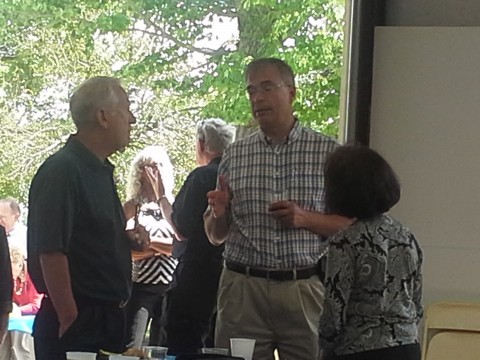 After he renewed acquaintances with friends and volunteers, Andy Harris pointed out he couldn’t initially answer questions for the day because of his boss, who served as the opening speaker. 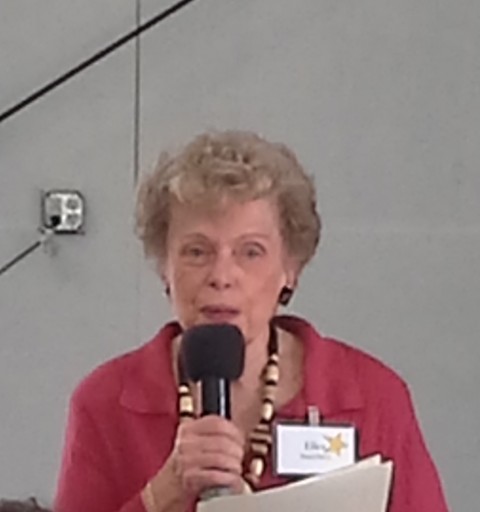 Ellen Sauerbrey served to introduce the large number of elected officials and candidates who attended the event. The room was set up for about 150 and as you’ll see later it was pretty full. As she spoke, the next two in line waited in the wings. 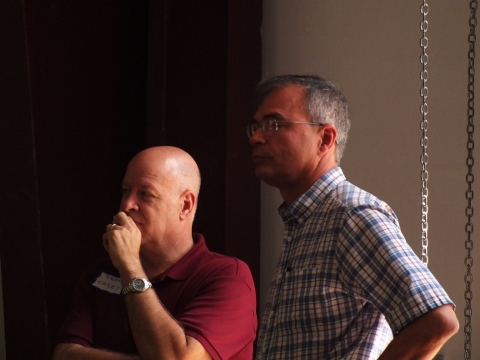 I have to give an assist to my fiance Kim for the great photo. Most of my readership recognizes Congressman Andy Harris, but the gentleman on the left would be far more familiar if you heard his voice – our featured speaker was WCBM morning radio co-host Sean Casey.

First up to speak was the host himself. 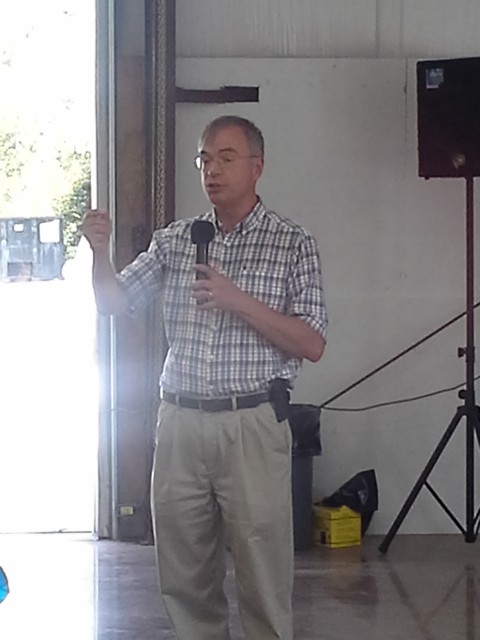 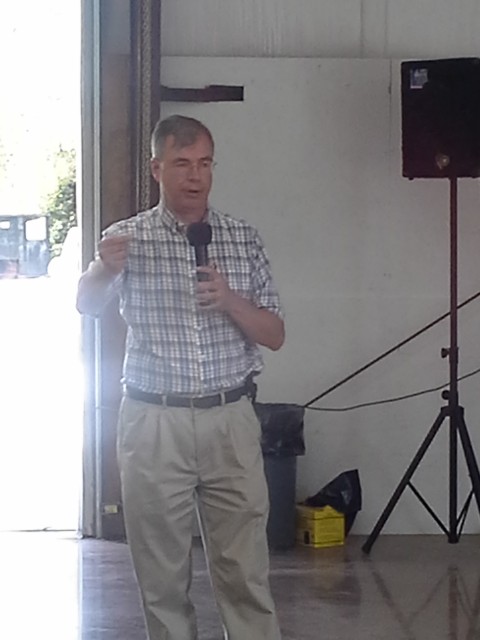 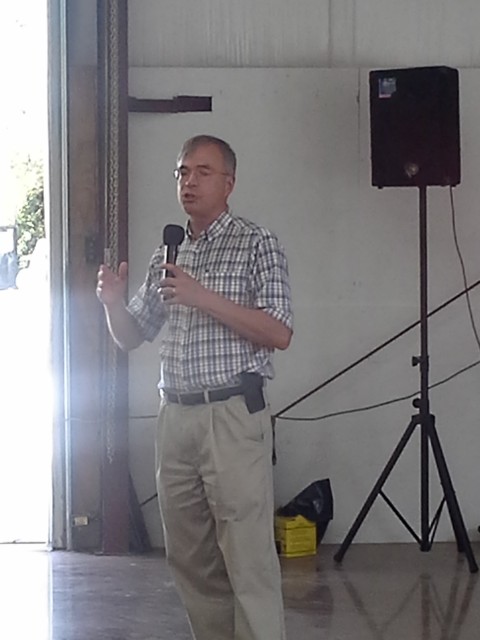 The key point of Andy’s message was that our side was beating back the Obama agenda and had done so for the last three years, since the election of 2010. He predicted the next three weeks would be “a wild ride” for the House majority as pressure will be brought to bear from the White House and Senate Democrats to cave on defunding Obamacare and not risking a government shutdown.

It will be interesting to see what this reporter has to say about what Andy said. I believe she’s from the local Easton Star-Democrat newspaper. 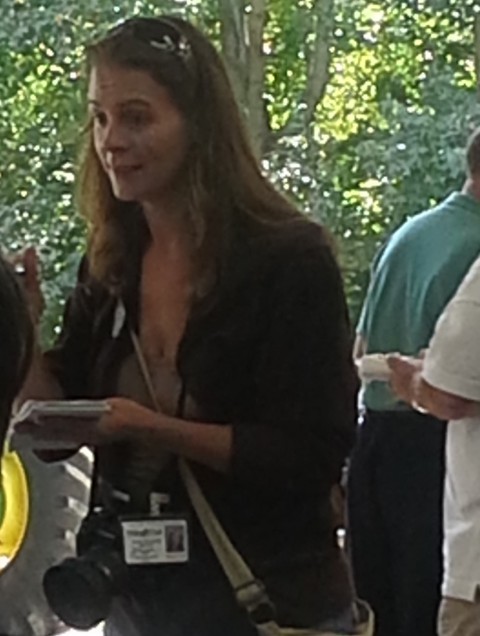 The next speaker was less kind to the media, particularly the “Maryland Democratic Party house organ” known as the Baltimore Sun. Yet we were told that Sean Casey arises each morning by 3:15 to review items for use on the Sean and Frank morning show. He had the attention of those who came to the event. 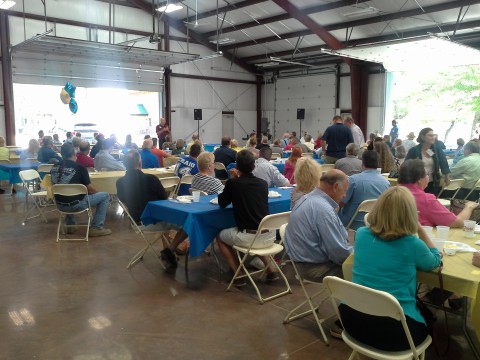 Casey spoke on a number of current events – the Navy Yard shooting, Benghazi hearings, the incident in Baltimore at a Common Core townhall meeting – but the most intriguing part of the program was his moderation of a mini-debate between two of the contenders for governor, David Craig and Ron George. Casey came up with the questions and the candidates gave their answers.

I actually caught up to both of them before the impromptu debate began, as they were preparing to work the crowd. 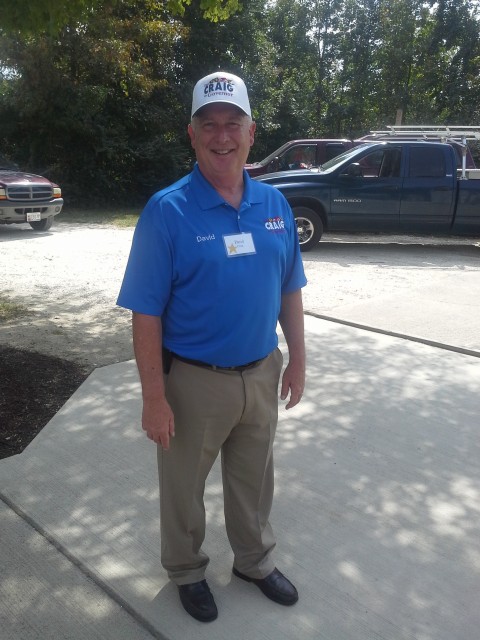 David Craig wasn’t by himself, but was assisted by a member of his team clad in the same familiar blue Craig color. Meanwhile, Ron George was chatting up old General Assembly friends – he’s pictured here with former Delegate and 2014 State Senate candidate Richard Sossi, who is on the right. 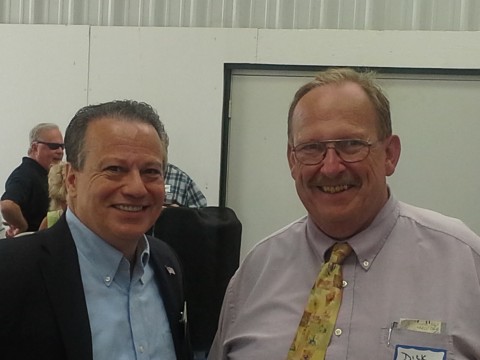 In general, David Craig leaned heavily on his experience as mayor and Harford County Executive in spelling out his vision for Maryland, while Ron George referred a lot to his newly-expanded ten-point plan for the state should he win election to the governor’s seat.

Worth noting as well was that the third gubernatorial candidate, Charles Lollar, also planned on attending but had a scheduling conflict and couldn’t arrive from Harford County in time. He was speaking before a women’s group there, according to Julie Brewington, a Lollar campaign coordinator from Wicomico County.

So my first Bull Roast is in the books. Not bad for leaving the camera and notebook at home, eh?