I don’t think I have ever heard of someone making their intentions known for a local office three years before the filing deadline, but today I received word from 2014 gubernatorial candidate Ron George that he’s running again…for Maryland Senate.

But in a way this move makes sense. Let’s hear what he had to say in a release today:

(George) was drawn out of the district during redistricting after receiving more votes than either Speaker Michael Busch or Senator John Astle. He was in the process of moving closer to his Main Street business when he was approached by former constituents and elected officials who urged him to run.

Mr. George says, “I intend to build on my record of strong constituent service, fiscal responsibility, and constructive solutions to the problems of the district and state. I look forward to bringing fiscal conservative-solution oriented government to the State Senate.”

As for the early start, George said, “I know the district and its citizens well, but I want to knock on every door and hear from each person. The early start will also help in meeting our fundraising goals.”

Fair enough. I’m sure some Republicans were disappointed that they did not oust Senator John Astle from his seat, as Don Quinn lost by fewer than 1,200 votes out of nearly 44,000 cast. It’s a winnable seat, and George correctly noted he outpolled both Astle and Speaker Busch in 2010 as the leading vote-getter in that former configuration of District 30.

This move may also tend to push people out of the Senate race; however, the current District 30 already has two Republican delegates (Herb McMillan in District 30A and Seth Howard in District 30B. It also has Speaker Busch, who actually had fewer votes than McMillan but still finished comfortably in second place.

It also gives George an opportunity to dust off some of his old campaign rhetoric that didn’t play as well with a conservative statewide electorate:

While serving in the General Assembly, Mr. George was nicknamed the Green Elephant for solutions for the environment that did not raise taxes or hurt farmers, watermen, local businesses, or residents along the bay. These solutions included energy net metering and wind energy that supplemented the grid and other energy sources while lowering energy bills.

That tends to play better in Anne Arundel County than on places like the lower Eastern Shore.

So our friends in the Anne Arundel County GOP have one less seat to worry about as far as finding a fairly strong candidate goes. While a lot can happen in three years, it should make for an interesting race should this come to pass. 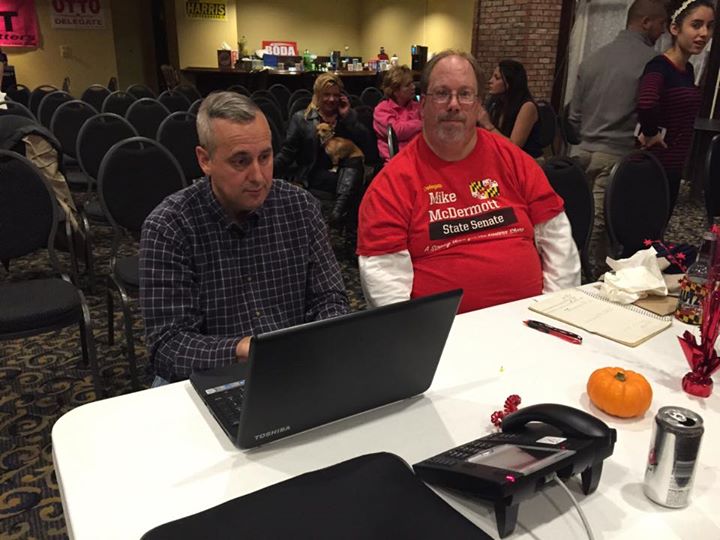