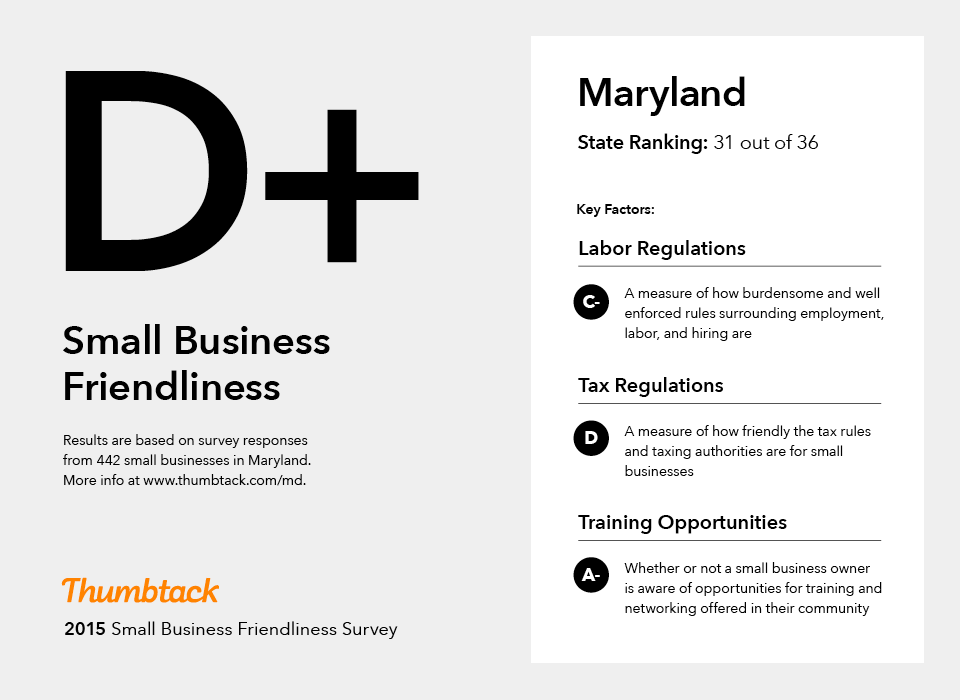 I harbor no illusions that my post from the other day regarding the declining optimism of Maryland business owners goaded him into action, but today Governor Hogan announced the formation of a Regulatory Review Commission (RRC), charged over the next three years with “(f)ixing our burdensome antiquated, broken and out-of-control regulatory environment in Maryland.” The ten members of the RRC are volunteering their time to “focus like a laser beam on these issues”, said Hogan.

It’s interesting that the Democrats are claiming the Augustine Commission (which was created in the waning months of Martin O’Malley’s second term) was intended to address these issues and saying Hogan shouldn’t need three years to address the problem. How soon they forget that Larry’s Change Maryland organization was convening business summits over the last three years to gain the business perspective, not to mention the fact it was their administration which put out a number of these job-strangling regulations in the first place.

To me it’s just sour grapes. Ask yourself: had Anthony Brown won, would curtailing regulations be a priority? Thought not. The Augustine Commission report would have been filed and ignored.

But I hope the RRC has the latitude to go beyond just regulations and into other areas like taxation and, more importantly, looking into where other states succeed. Take a state like Texas, where hundreds of thousands of jobs have been created (as a net gain over jobs lost, not as a one-for-one swap) over the last decade. What attracts these entrepreneurs and leaders, and what assets can Maryland use to emulate their gains? Granted, a good portion of the Lone Star State’s gain came from abundant energy resources that Maryland can’t match, but there are other areas we may be able to do as well or better if we make that a goal. Unfortunately, over the last eight years our state took its cues from states like California and New York, places where capital and population have been fleeing.

Another question is just how cooperative these Democrats, who are already trying to take credit for the little bit done in 2015, will be to the RRC’s agenda as they submit their findings.

Take the “rain tax” as an example – a Democrat introduced the vastly watered-down bill that eventually passed, so they will surely henceforth try and take credit for ending the “rain tax.” But the mandate for affected counties to have a watershed protection and restoration fund did not go away (page 4 here) – it’s just up to the county to fill it, and most will likely retain some version of the “rain tax.” The actual repeal of the “rain tax” on this Hogan-sponsored bill was killed in committee by the Democrats therein on a straight party-line vote. (I used that vote as one of the committee votes on the monoblogue Accountability Project.) So it’s a fairly safe bet the Democrats are only paying lip service to the issue of regulations now because to them more is better – that’s how they’ve run Annapolis for most of the decade I’ve lived here and probably my whole life before that.

So the RRC can’t just exist in a vacuum. Now that Larry Hogan has experienced the way Democrats in the General Assembly basically gave the finger to his mandate, he will need in the coming months and years to take a page from the Reagan handbook and go straight to the people. Democrats may claim the last election was about “divided government” but the motivation was clearly behind a more conservative direction for the state.

While I would have preferred a more rapid formation for the RRC, this is a definite feather in the cap for Larry Hogan. Let’s hope that it’s not just for show but instead gives us an agenda even the Democrats can’t stop.