It was double-barreled action at last night’s Wicomico County Republican Club meeting, perhaps appropriate because one of the speakers was Second Amendment advocate and Congressional hopeful Mike Smigiel. He was joined by a fellow challenger seeking the open United States Senate seat from Maryland, Dave Wallace.

Because we had out-of-town speakers, we quickly went through the usual business of reciting the Lord’s Prayer, Pledge of Allegiance, and introducing the elected officials and distinguished guests among us. I noted the February minutes were online, and treasurer-elect Muir Boda gave us a financial update.

Because Wallace was the first to arrive, he spoke first. 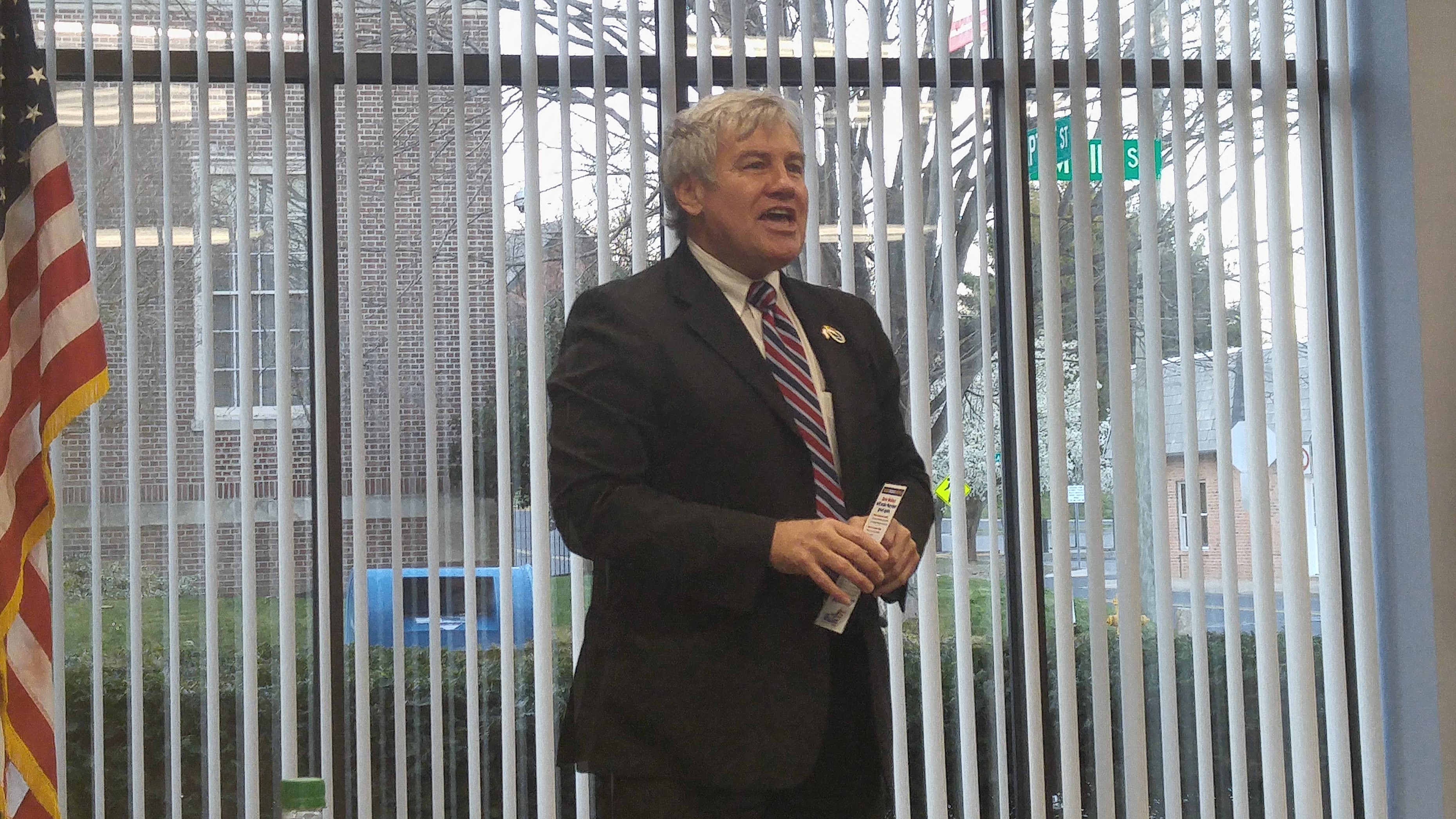 As an opening statement, Wallace vowed to represent all of Maryland “for the first time in 30 years.” He pointed out that “we’ve been going (in) the wrong direction,” so it was time to “alter our course until you get it just right.” Instead of the government’s favored cure of increasing taxes and regulations, Wallace advocated for what he termed a “maximum wage” that government can’t supply.

Wallace spoke at length about the Reagan years in his remarks, adding that he knew a number of his associates and opining in response to a question that we “needed a Jack Kemp model” for a Senator. He contrasted himself with prospective opponent Chris Van Hollen, who Wallace challenged for Congress in 2014, calling Van Hollen the “superfailure” of the supercommittee that, among other things, cut the defense budget. Echoing Reagan on the topic, Dave noted he believed in peace through strength.

Yet one topic Wallace expounded more at length on was a subject where I think Reagan erred, immigration. Dave stated his belief that the situation at the border now contributed to the drug problem; moreover, Wallace stated that up to 15% of the Syrian refugees were embedded by ISIS, and added that on his website was a petition calling on Congress to confront the refugee problem. If immigration wasn’t dealt with, said Wallace, we’ll end up with an America where we won’t want to raise our kids – this was a problem of culture and values.

On topics brought up by the audience, Wallace established his limited-government argument with a call to reduce the federal involvement in education, vowing to eliminate the Department of Education and saying “Common Core has got to go.” He thought that it’s not the role of the federal government to enforce the rules of education, but rightfully was that of the states. Additionally, rather than the “apple” that represents the preferred politicians of the teachers’ unions, Wallace believed candidates on the conservative side should use a school bus as their logo.

Shifting gears to the oversight responsibility of Congress, Wallace chided the body for not doing that job. He called for the heads of all 180 welfare programs to be brought before Congress to justify their programs’ existence.

Wallace concluded that Maryland needs someone in the Senate who will partner with Larry Hogan, and rather than the supply-side economics associated with Reagan conservatism Wallace envisioned a model based on production and ability to work that would lift our economy.

Later, when the conversation turned to a bill regarding forced unionization in Maryland, Dave added that he supported a federal right-to-work bill and would sponsor it in the next Congress. Dave believed that in right-to-work states, “unions were more concerned and responsive.” 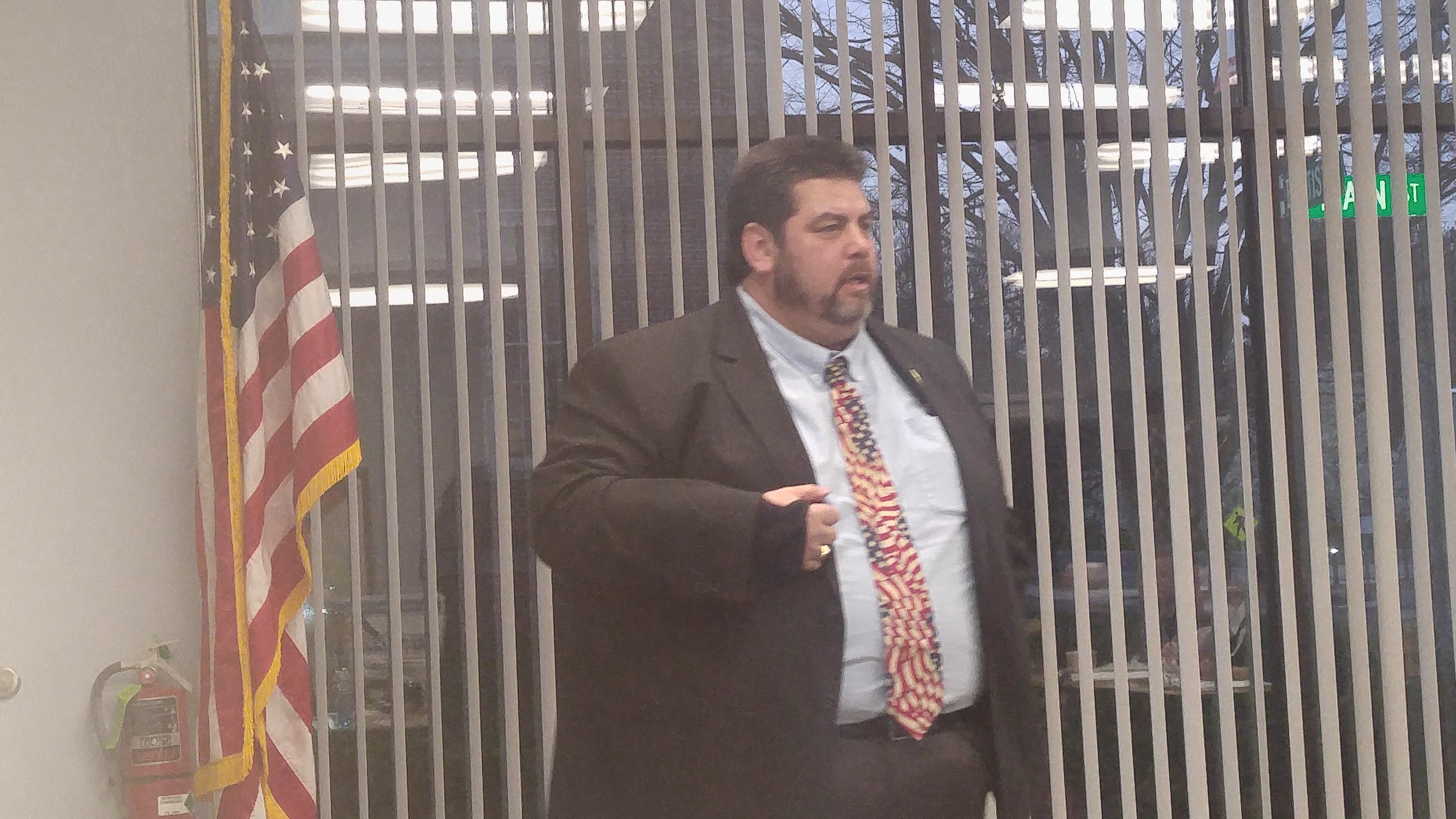 The winner of an award for “upholding the Constitution,” Mike Smigiel spent 12 years in the Maryland House of Delegates, including the creation of the TEA Party Caucus. In his last four, Smigiel remarked, he shared office space and a desk in the chamber with local Delegate Mike McDermott, with whom he made “a pretty strong team.”

Yet the reason Smigiel sought the Congressional seat was his disgust with the voting record of the incumbent. Calling it a vote for funding Obamacare, executive amnesty, and abortion, Mike blasted the Republican leadership and Andy Harris for supporting the CRomnibus bill in 2014. He remarked that Democrats don’t settle or think they can’t accomplish their goals, but Republicans in Congress give up their principles far too easily.

Other bills that Smigiel hammered Harris about were an in-state tuition for illegal immigrants bill both voted on in the Maryland General Assembly as well as a bill regarding country of origin labeling – Harris backed a bill that allowed companies to not label for country of origin, about which Smigiel asked if you wouldn’t like to know if your chicken you thought was locally produced was instead imported from China.

(While the bill seems to be anti-consumer, it is worth noting that it is a response to a WTO complaint from Canada.)

Other Harris measures that angered Smigiel was a bill which he alleged became part of the Trans-Pacific Partnership agreement, and Harris’s support of a bill opposed by state regulators who want Exelon Energy to meet certain conditions before their permit to operate the Conowingo Dam is renewed for over 40 years.

On the other hand, during the eight years of the O’Malley administration Mike sued them three times for actions he considered unconstitutional. In one case regarding a $1.5 billion budget item, the state court ruled against him quickly but took five years to render their formal opinion because the “question is too political.” When it comes to matters such as these, “you stand on principle and you fight,” said Smigiel.

Those principles are embodied in Article I, Section 8 of the Constitution, copies of which Smigiel passed out before he began speaking. But Congress was seeing its authority usurped by “a potentate President,” added Mike, who said he would be the guy to shout out “you lie!” His principle was that of “the Constitution first, always.” We needed to have the government run in accordance with the Constitution; to that end, Smigiel advocated for single-subject bills that would make legislating easier to understand.

I asked him a question which addressed a tactic the presumptive Democratic nominee for the seat, Jim Ireton, was using of painting Harris as a do-nothing Congressman. Smigiel reminded us that he had worked across the aisle with Heather Mizeur on a pre-natal care bill that got mothers care they needed while saving thousands of abortions, as well as decriminalization of marijuana legislation.

That ended the speaking portion of the program, although both Wallace and Smigiel stuck around to talk with the voters once we finished our business.

In his Central Committee report, Mark McIver announced we were still seeking applicants for the Board of Education seats opening up later this summer. He also distributed a proof copy of a mailing to be sent out to unaffiliated and certain Democrat voters reminding them that they can still change their voter registration until April 5th. The mailing is a joint effort between the Central Committee and Republican Club.

Updating us on the Ted Cruz campaign, Julie Brewington assessed that “things are going pretty well.” They are looking for volunteers to make phone calls as well as some local sign locations. Dave Wallace chimed in to say he was also looking for the same thing locally. He had brought a few yard signs and shirts as well. 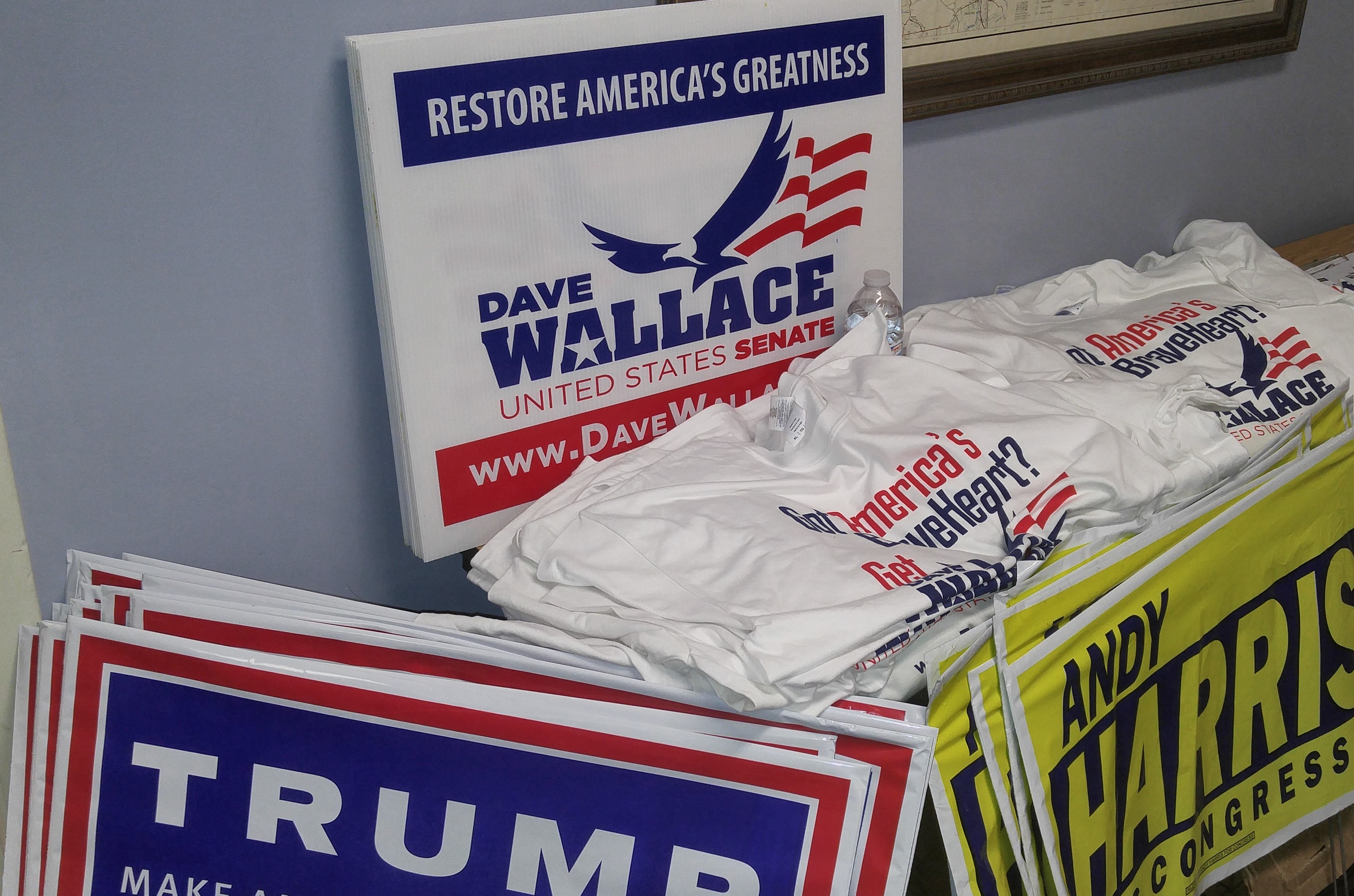 (Unfortunately, the ones on the bottom left didn’t end up in the garbage. #NeverTrump.)

Shelli Neal, who was speaking for Jackie Wellfonder on behalf of Senate candidate Kathy Szeliga, announced they would be knocking on doors soon.

In club news, Woody Willing announced our scholarship winners had been selected and would be introduced next month. Jim Jester told us that he would be coordinating this year’s Crab Feast, for which we needed to nail down the date and location.

Finally. John Palmer from the Board of Education revealed that Dr. Donna Hanlon would be the new Wicomico County superintendent of schools. and one of her first challenges would be redistricting.

So the candidates said their piece, the audience got their questions in, and we will roll along up to next month’s meeting on April 25 with a speaker to be determined. Chances are this will be our legislative wrapup meeting.