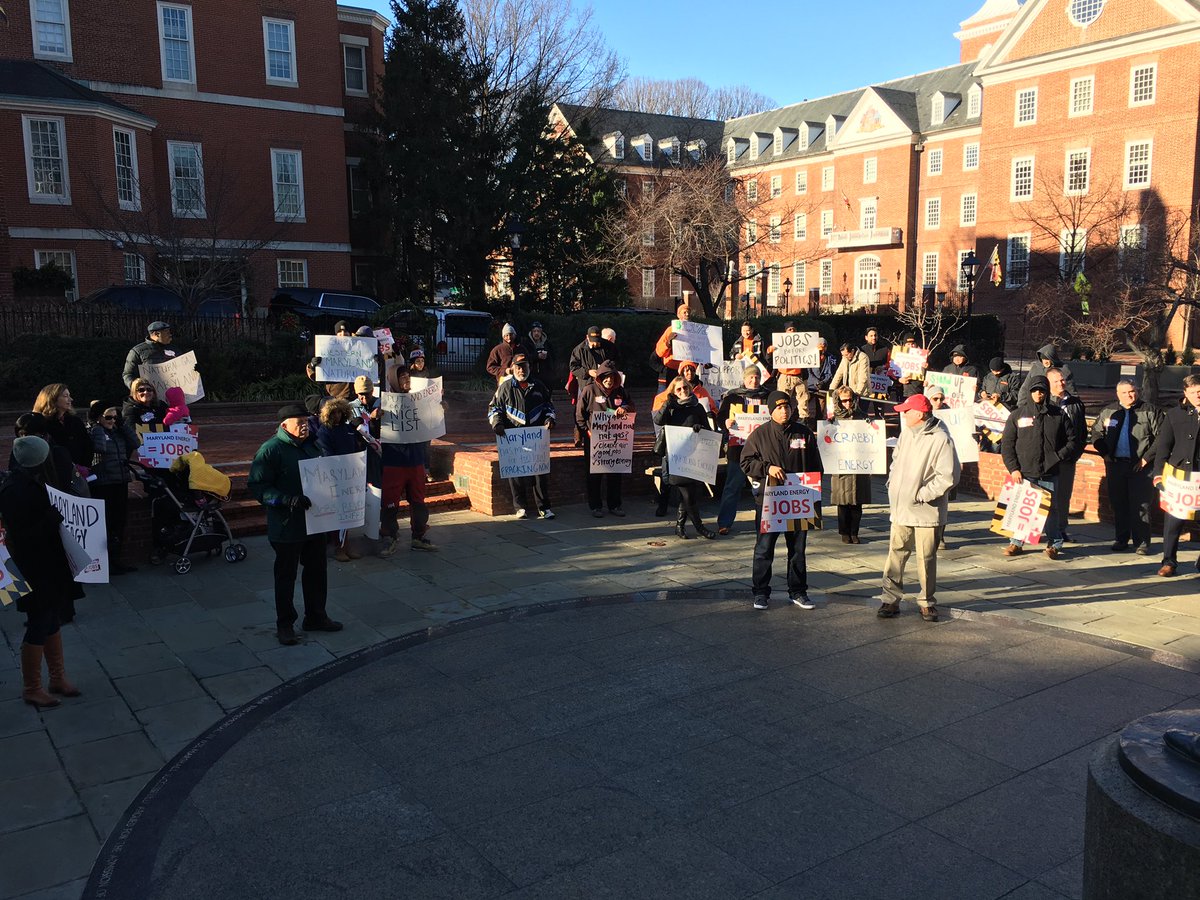 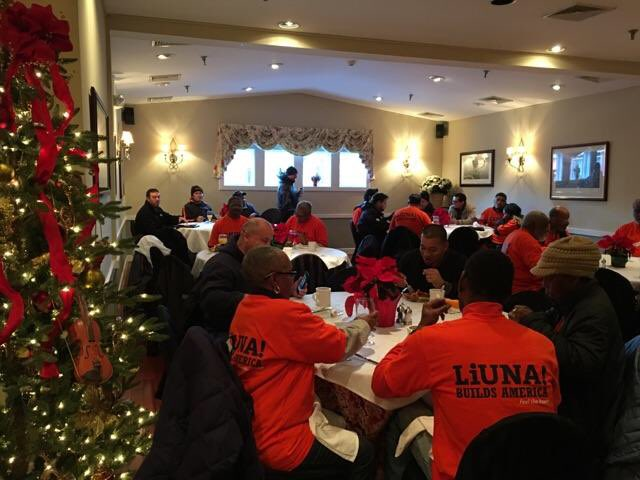 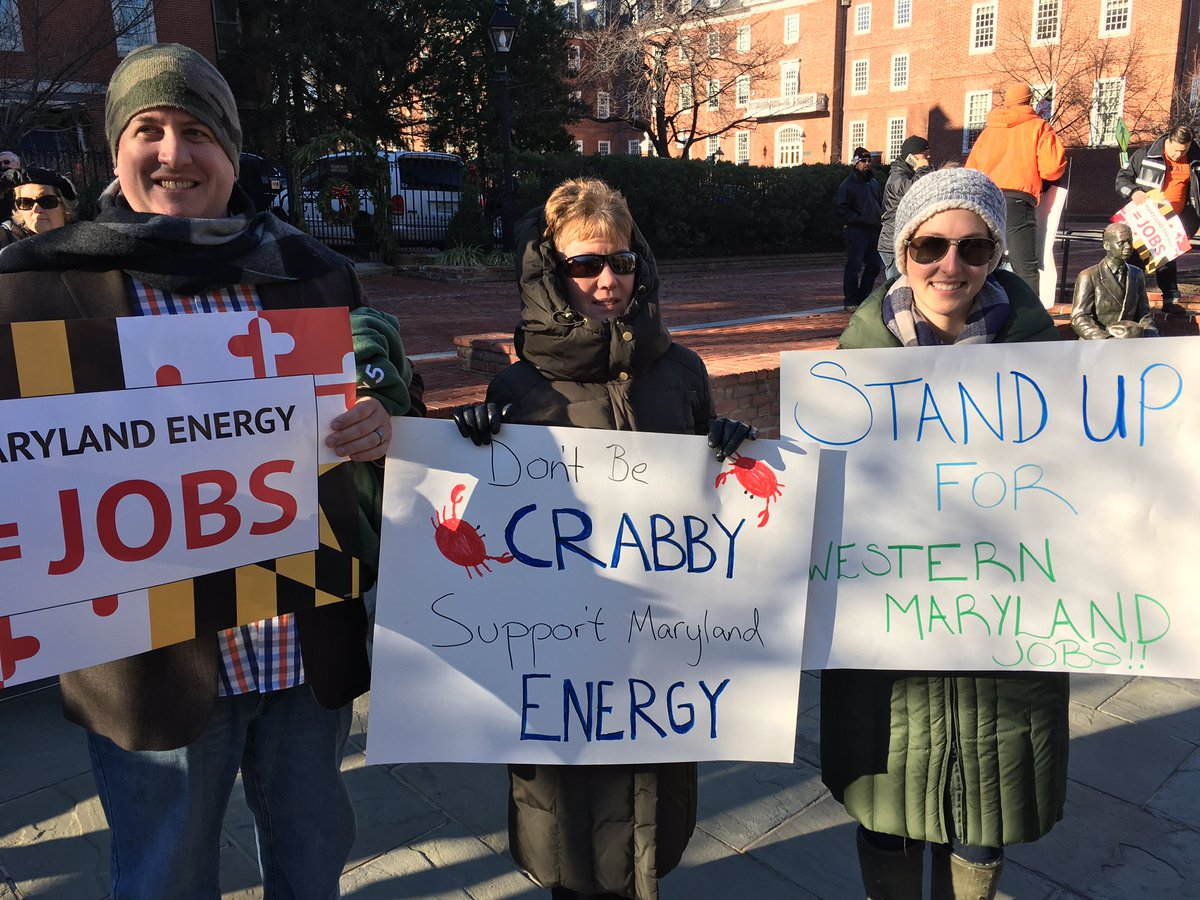 I’m certain there’s a percentage of my readers who would disagree with the title, but for those who would like to improve our state there’s a chance to take action: specifically a week from tomorrow, but in general before the Maryland General Assembly begins its annual “90 days of terror” in January.

I was introduced online, through a mutual friend, to one of the leaders putting together a rally in Annapolis, as she explains:

The Maryland legislature is considering regulations that would finally allow natural gas development in our state.

We need to show that Marylanders want responsible energy development and that any regulations MUST be reasonable and consider their impact on Maryland jobs and energy costs.

Please join us Tuesday, December 20 for an Energy Citizens and Energy Nation Rally to support clean and affordable natural gas and jobs for Marylanders!

The Energy Citizens group is springing for breakfast at Harry Browne’s beginning at 8:30 a.m. before reconvening for the rally at 9:30 a.m. on Lawyer’s Mall. (All they ask is that you RSVP first.) They will stay until 11, hopefully long enough to make their point, which is:

A Maryland legislative committee is considering new regulations for natural gas development in our state. Any regulations MUST be reasonable and consider their impact on Maryland jobs and energy costs.

Responsible energy production would give Western Maryland the chance to create thousands of good-paying jobs, boost the local economy, and make energy more affordable for families and businesses across the state. But time is short.

Please Email your Representatives now. Tell them you support responsible natural gas development and to consider jobs and energy prices when any new regulations are being discussed!

Hydraulic fracturing is safe, and reasonable government oversight and regulation are appropriate, but Maryland should follow the example of dozens of other states where production has proceeded safely for years.

The Western part of our state should have the chance to create thousands of jobs and stimulate their local economy. Our families deserve affordable energy to heat our homes and power our businesses. (Emphasis in original.)

Now this is the part where I may go off the organizer’s script (if she had one in mind for me) but I’m a guy who tries to give the straight scoop. The lefties* at SourceWatch sneeringly call Energy Citizens “a front group backed by the American Petroleum Institute,” and the backing part is absolutely true. I knew this awhile ago because I’m quite familiar with API. It’s a very good group from which to get energy information, and I have a vested interest in keeping energy as reliable and inexpensive as possible – it’s called electric and heating oil bills to pay. 200 gallons in the oil tank isn’t cheap, but we needed to get them nonetheless to have a full tank once the cold weather hit. I definitely prefer not to have to run my laptop and internet off a battery and at this time of year I like to be something close to warm.

And look at the approach they are taking, saying “reasonable government oversight and regulation are appropriate.” They are not advocating for the Wild West of fracking, but something that is reasonable – unlike the authors of the various proposals in the General Assembly. I’ve not forgotten that the original first reading bill that mandated the halt on fracking through October of next year originally had an expiration date of April 30, 2023 – and only after a panel stacked with “public health experts” as opposed to those expert in “science and engineering” were charged to “examine the scientific literature related to the public health and environmental impacts of hydraulic fracturing.” I wonder what a panel of “experts” appointed by liberal leadership would have found? </sarc>

Bear in mind that the bill was not properly vetoed by Governor Hogan, but he didn’t sign it either. He just let it become law without his signature, rather than tell these misinformed environmentalists to pound sand and dare the Democrats to vote against good jobs once again.

Furthermore, according to that bill, these regulations should have been in place by this past October. The MDE, however, was about 6 weeks behind and put them out November 14, with public comment closing later this week. Assuming they are close to those detailed back in June, the state will have some of the most stringent regulations in the nation. That doesn’t seem to be very balanced or reasonable.

If I were to make a modest, sensible proposal, I would posit that Maryland’s regulations should mirror Pennsylvania’s as closely as possible, for a very logical reason: for most of those companies already doing business in Pennsylvania, that portion of Maryland is but a short distance from their other operations and would likely by overseen by supervisors based in Pennsylvania – a state which, by the sheer size of its share of the Marcellus Shale formation, will have far more natural gas output than Maryland ever will. If Maryland even gets to 10% of Pennsylvania’s output it would be a victory for the Old Line State. So why not make it easy and convenient for those experts in the field, considering that they’ve had the better part of a decade now to iron out the kinks just on the other side of the Mason-Dixon Line?

At the market price for natural gas, we should be doing all that we can to make it easier to create the good-paying jobs (not to mention the royalty payments landowners could receive) for a part of the state that, like the Eastern Shore, always seems to lag behind the economic curve thanks to shortsighted policy decisions in Annapolis. I hope a lot of my Western Maryland friends (and maybe some from our part of the state) go to support a better way of life for themselves a week from Tuesday. They’ll even bring you over to Annapolis from the west side of the state.

You can call me just another Energy Citizen.

* I like this description of the Center for Media and Democracy, which is the backing group of SourceWatch:

CMD takes significant sums of money for its work from left-wing foundations, and has even received a half-million dollar donation from one of the country’s largest donor-advised funds – all the while criticizing pro-business or free-market advocacy groups who also use donor advised funds or rely on foundation support.

Don’t you love the smell of hypocrisy in the morning?