So when I last left you, I promised to tell you about Blue Ribbon Drive. For those who don’t know the area too well, it’s the street that bisects Winterplace Park (where the WCF is held) from north to south. But over the weekend it was a pedestrian mall of sorts.

The only people who may have been disappointed with the setup were the people who ran the rides, but they were actually closer to the action this year even being across the street.

Nestled toward the south end of this road were my erstwhile colleagues at the Wicomico County Republican Party.

I noticed on social media that the Governor made his rounds Saturday before we arrived. This actually did us a little bit of a favor as it turned out. While I have another point to make in the meantime, don’t worry – I won’t forget to close that loop.

Moving the vendors and the rides left a nice space. I guess you could call it a beer garden but it served as food court and musical entertainment center.

So it was an unusual place for this tent.

Speaking of unusual, look closely at this equestrian photo.

We spent a lot of time this weekend, though, watching my wife’s favorite equestrian event: the Mason Dixon Deputies mounted shooting.

Consider that the next two pairs of photos are 1/10 second apart and you’ll see the quick reactions this sport requires. (And how good it makes a schmuck photographer like me look. But I selected the shots and cropped them a wee bit.) 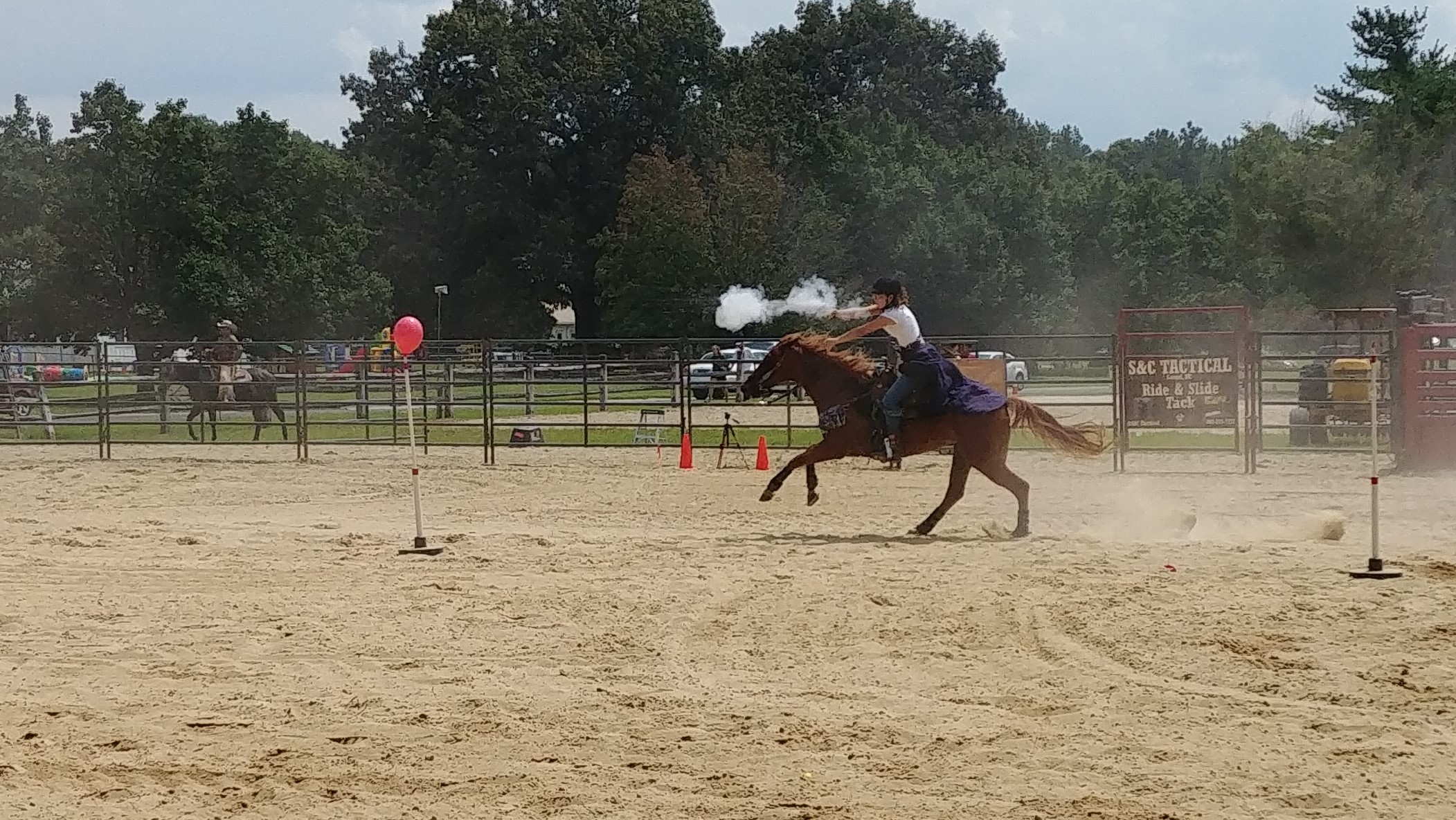 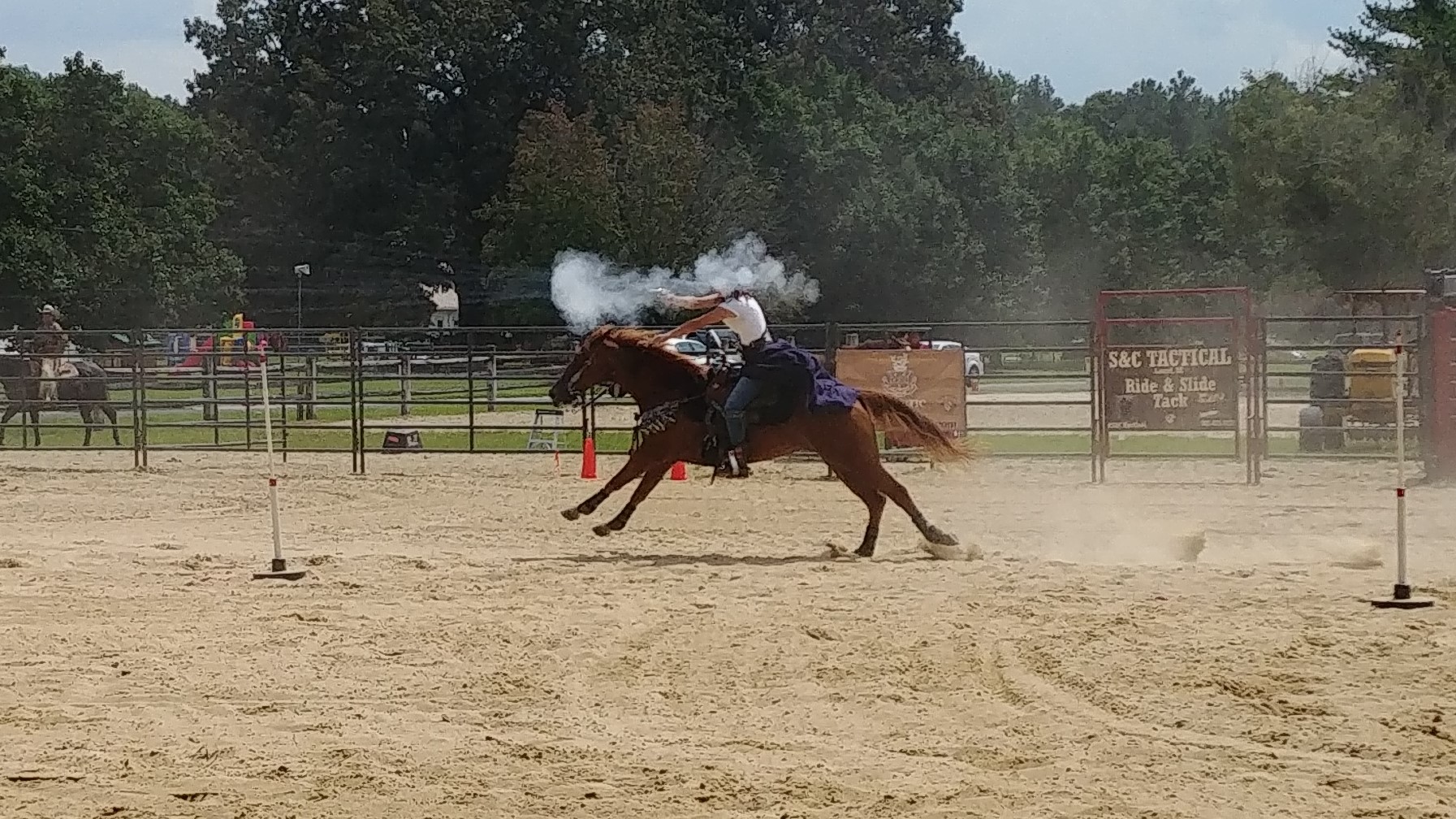 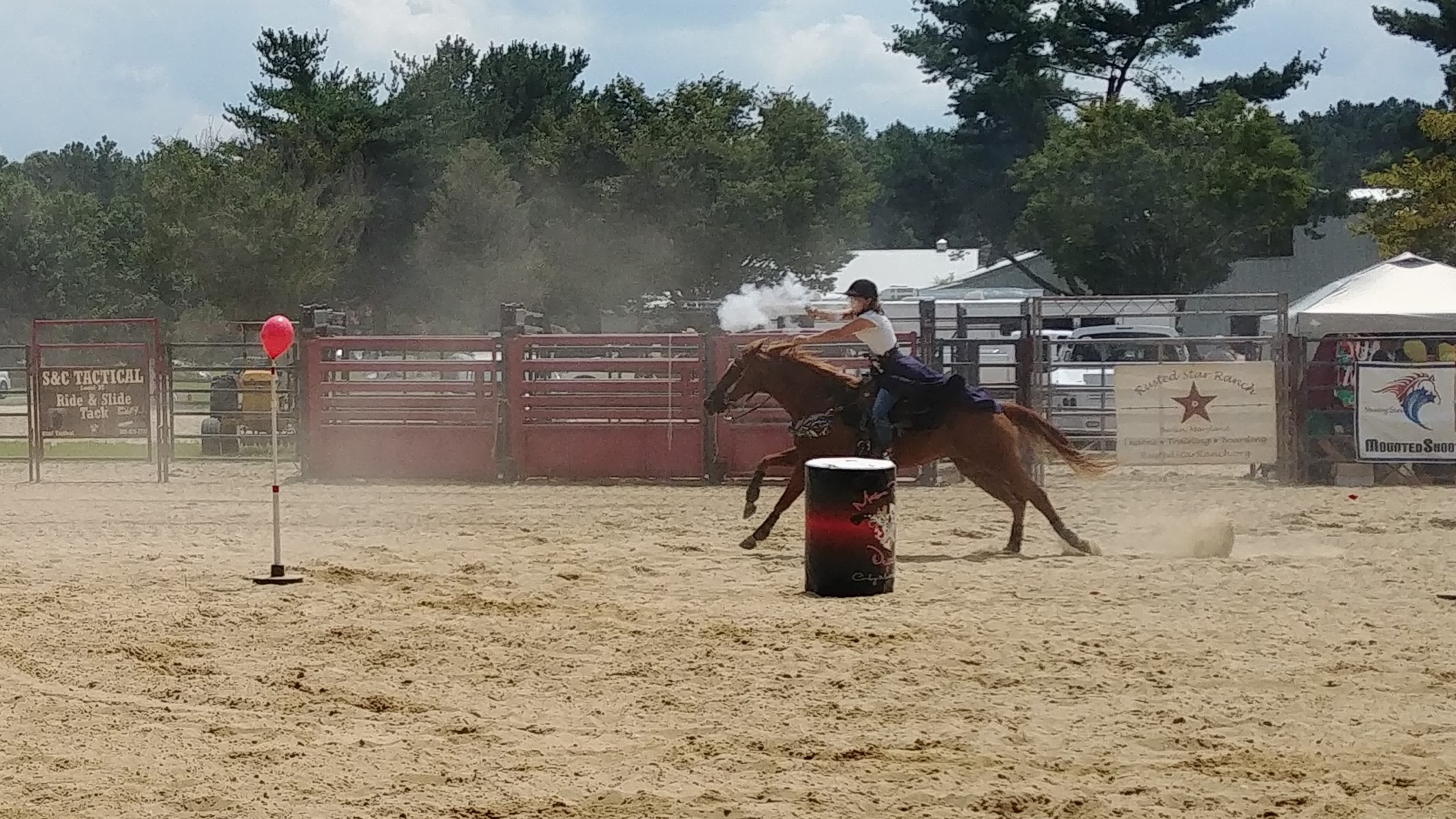 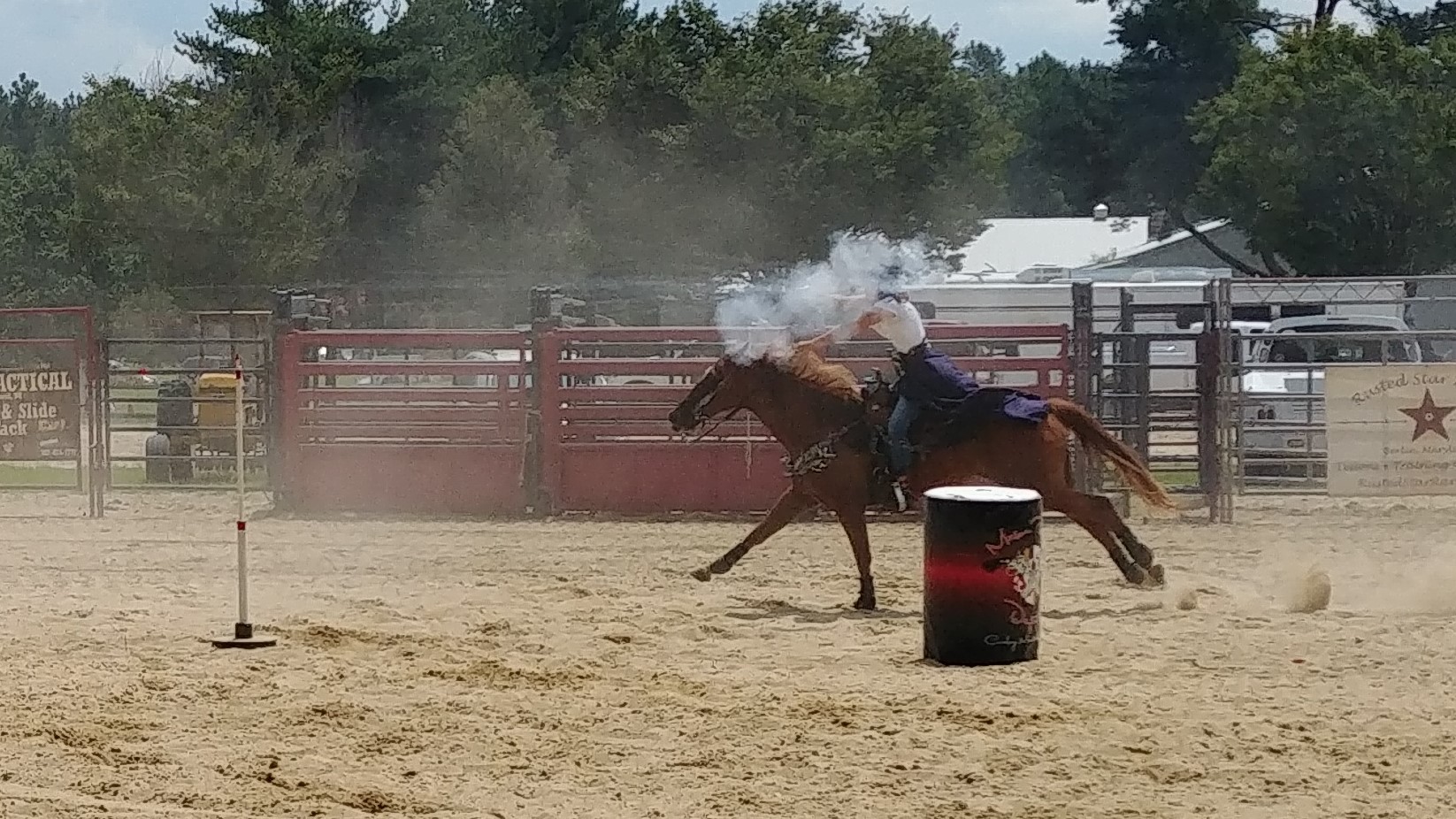 Now you see ’em, now you don’t. But you never hear the balloon pop over the sound of the revolver firing.

The red one on the left? My wife loved the late (yes, it was extra, she already got stuff) birthday present.

It’s been a really good fit for the Wicomico County Fair since they brought the Mason Dixon Deputies in three years ago – the four-stage event takes up three to four hours. In this case they went Saturday evening and Sunday afternoon – the former, in particular, packed the bleachers so I’d say 300 to 400 were watching.

In between runs, the riders made sure their horses got plenty of water and (especially) shade.

Oddly enough, their Saturday stages were supposed to begin at 2 p.m., but because Governor Hogan was here and loud gunfire would (understandably) put his security on edge, they didn’t start until after 3, just as we arrived. So Kim got to see pretty much everything before we left to see the Scrapple. (Normally they’re the Delmarva Shorebirds. Considering they won Saturday night as the Scrapple and are 0-2 since, maybe they should have kept the unis.)

Besides the Mason Dixon Deputies and checking our photo entries, there is one other thing at the fair which is a must-do for us.

My wife has known Pastor Oren Perdue for years, ever since her daughter began going to the Salisbury Baptist Temple summer camp (the one with the weekly rodeo) as a six-year-old. (This summer she finally aged out after thirteen summers.) So over the last three years we’ve played hooky from our church to listen to Perdue’s much more impromptu service.

If I had a bone to pick with this year’s fair – which was otherwise the best in the three years under the current format – it would be that either the church service needs to allowed to begin at 10 a.m. or the rest of the events go off at noon. I understand the desire for something like the Mason Dixon Deputies to want to get an earlier start and avoid the heat of the day for the sake of the horses, but that and a church service really don’t work and play well together.

But I think I have the 2018 Wicomico County Fair pretty well covered – Lord knows I spent enough time there to get the flavor of it.

They even had a reminder of the next item on the docket.

Just hope the weather cooperates for that one. The GBF is my favorite local event, but the Fair gained a lot of ground this time around.