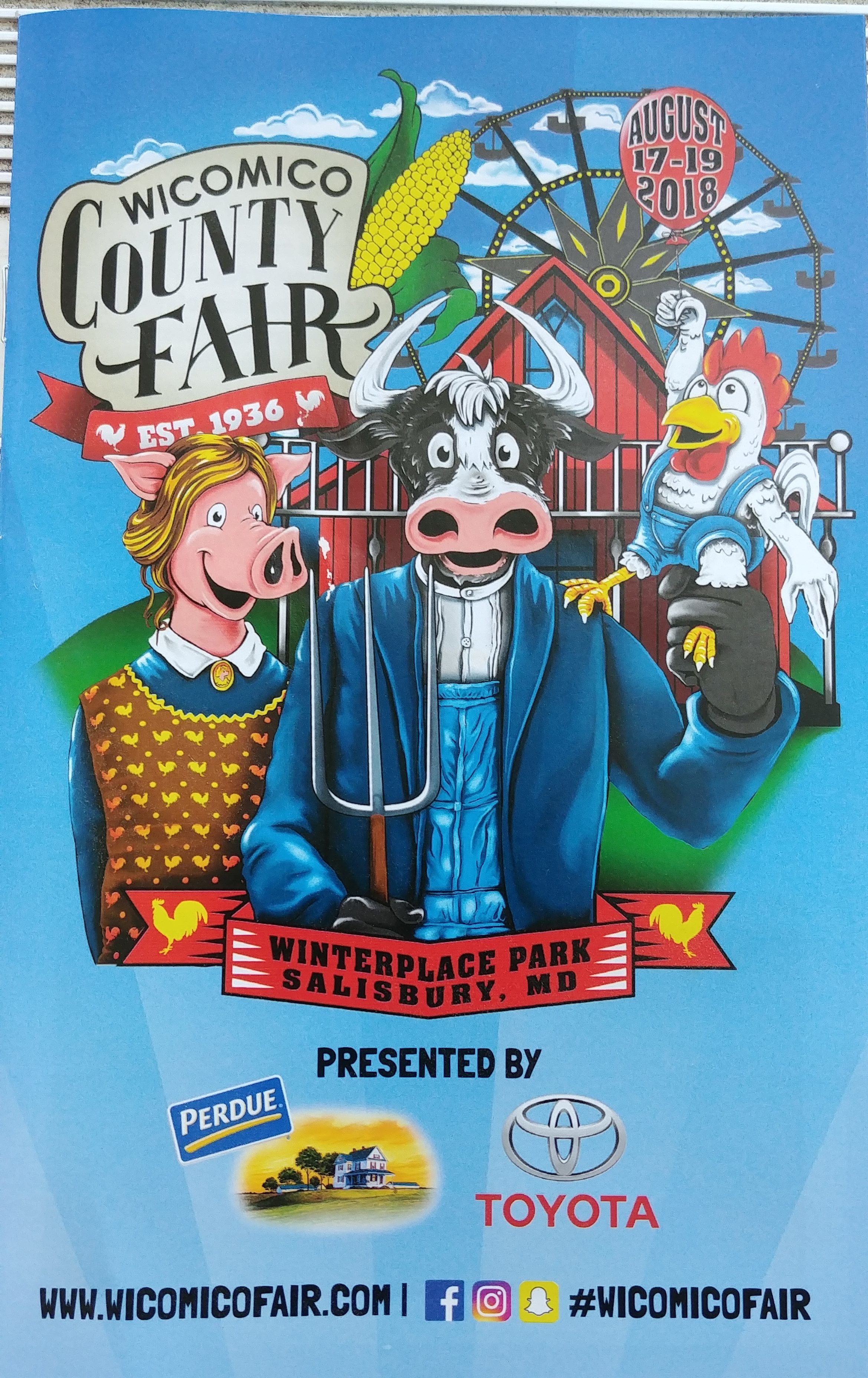 I don’t think I’ve spent this much time at the Wicomico County Fair in, well, ever. Once I get rolling, all the photos will get their own caption.

But the original reason I showed up was to see how my photos did in competition.

I got four second-place photos, which is pretty decent for an amateur like me. Three of them were taken on the same vacation.

But I wasn’t the only one looking for a ribbon, or more. Hundreds and hundreds of exhibits of all sorts filled the Carriage House.

But exhibits and judging weren’t just reserved for the Carriage House. There were an assortment of barnyard animals on display at the fair as well.

Animals who were simply being judged on their cuteness factor to the young set were part of the petting zoo.

And then you have another sort of exhibit and judging in one of my favorite sections of the event: Friday evening’s car show.

I could have added several more photos of old cars I liked, but I decided to be nice and spare you.

Friday also featured another sort of competition: the Maryland High School Rodeo. Yes, there is such a thing, and the Wicomico County Fair was the opener to its 2018-19 season.

I didn’t sit through all of the events, but there was plenty of barrel racing, roping, and even bull riding on the Friday night docket.

Adjacent to the rodeo going on was the shady main lane of the Fair.

There were also other regular staples of the WCF I ran across, too.

I thought I had a picture of this mobile exhibit from the outside as well as the Bookmobile, but I guess not. Funny thing about the Maryland Department of Agriculture mobile exhibit: there are actually two such vehicles now. We got the newer one with the better air conditioning, Montgomery County got the older one this weekend. Serves ’em right.

But they try to hit as many fairs, festivals, etc. as they can. Makes sense as agriculture is the number 1 Maryland industry. (And here I thought it was dependence on the federal government. Nope, saving politics for part 2.)

This group hopes to keep it number one.

I was happy to see these folks do better, too. Explanation in moments.

I’m going to close out part 1 by giving my kudos to the WCF for the way it was set up. They finally figured out that most of us park at the parking lot by the Little League field so the county built a small footbridge over the swale next to that lot. Most people would thus come in by the Carriage House and work their way up toward the main part of the Fair. Not only did it help the train operators out, I thought it was a better flow than parking people in the lot off Old Ocean City Road because it allowed them to close Blue Ribbon Drive and put it to use, as I’ll illustrate to lead off part 2.