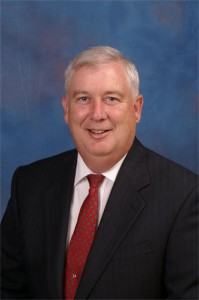 It’s been perhaps the worst-kept secret in Maryland politics for over a year, but it appears as though David Craig will make his 2014 plans official on June 3 as he embarks on a real statewide tour, or at least one more geographically encompassing than Democrat Lt. Gov. Anthony Brown’s puny effort last week when he announced his gubernatorial plans.

Within the last couple hours, the first day of the Craig tour was laid out on Facebook: a 9 a.m. announcement from his front yard in Havre de Grace, followed by an 11:30 a.m. appearance at the Dundalk American Legion Post 38 and a 7 p.m. happy hour reception at Bulls and Bears in Hagerstown. I have it on good authority there will be a Salisbury stop on day 2 of the Craig tour, June 4, although details are probably still being finalized. On that front, I was also told by that same local Craig volunteer this would be a three-day tour, so it’s possible the local Eastern Shore event could instead be June 5.

Craig would officially enter a fairly crowded field as the Republican nomination is opened up for the first time since 2002, the year Bob Ehrlich first won his nomination over two perennial candidates. Arguably this could be the strongest gubernatorial field ever for the Maryland GOP, as the shadow of Bob Ehrlich and his three-election run as the established Republican standard-bearer allowed a number of good candidates to establish a solid local foothold while clamoring to get their chance at the brass ring.

At this point only one GOP candidate has officially filed, and Brian Vaeth – who finished dead last out of 10 would-be U.S. Senate candidates last year with 1.9% of the primary vote – probably won’t present much of a challenge to the remainder of the eventual field. While Blaine Young has been campaigning mainly to party insiders for the last several months and Ron George formally announced his plans last month, we are still awaiting official word from Charles Lollar and Dan Bongino. With the caveat that both are internet-based surveys and are not scientific, Craig has held his own in two recent preference polls on conservative websites with Bongino and Lollar, while Young lags behind. Meanwhile, Ron George performed respectably in the latest Red Maryland poll cited.

Obviously this will be a developing story, and Craig’s entry may break the dam for others to make their intentions clear. It’s likely June will also be the month Charles Lollar makes his draft campaign official while Dan Bongino has no set deadline in mind.

In Dan’s case, though, there is also the chance he could choose to bypass 2014 to concentrate on a 2016 Senate run for what could be an open seat given Barbara Mikulski’s advancing age (she would turn 80 in the summer of 2016) and declining health. In that case, much would depend on whether the GOP wrests control of the Senate (and their Appropriations Committee. which she chairs) from the Democrats. Obviously this is true of the others as well, but Bongino is the only one of the five with statewide campaign experience.

Then again, the other four will catch up on that front should they go through the primary of 2014. Look for more on the Craig front in the coming days.

Update 5/14: It appears the Eastern Shore will be served on the 5th, as thus far June 4 sends Craig to an 8 a.m. breakfast in Silver Spring, the Calvert County Courthouse at noon, and the Annapolis City Dock at 3 p.m.