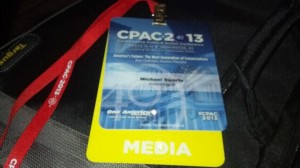 I’d almost like to thank the Maryland Republican Party for handing me a subject I can write on while the state convention is going on, but perhaps this may instead thankfully be the final foot in the mouth for the Waterman regime.

On Thursday we learned that the Maryland Republican Party views bloggers as a cash cow and not a legitimate source of news and information. (Really, I should say independent bloggers since those associated with a mainstream news outlet are okay to them.) Needless to say, a lot of my peers are up in arms about this one.

Allow me to let you in on a little secret – I’ve been covering the convention for years. Media credential? I don’t need no stinkin’ media credential! Granted, I have a job to do for those who elected me as well, but the MDGOP should be well aware by now I put up a summary post or two afterward. So do most of the other blogs in the state.

But do they really think people aren’t going to Tweet, Facebook, or otherwise share what goes on at the convention?  The first people who will know who the new state party Chair is will be in the room, but within five minutes the rest of the world will know.

The MDGOP should be honored that someone like William Jacobson (of Legal Insurrection) wants to have the opportunity to cover the event. Perhaps the coverage won’t be as glowing as the party would like, but do they honestly think the Baltimore Sun, Washington Post, et. al. will focus on the message we are trying to send out or the agenda they want to hear? Obviously we’ve had a contentious race for Chair and they smell blood – I never see them at an uncontroversial state party convention.

So provided I don’t get rousted out of the event for protesting – I’m planning on wearing my CPAC credentials as a show of support for the Maryland blogging community – look for full coverage tomorrow. I will also be Tweeting as news breaks (@ttownjotes).

One thought on “Asinine and stupid”