It was a day and setting tailor-made for a gathering. 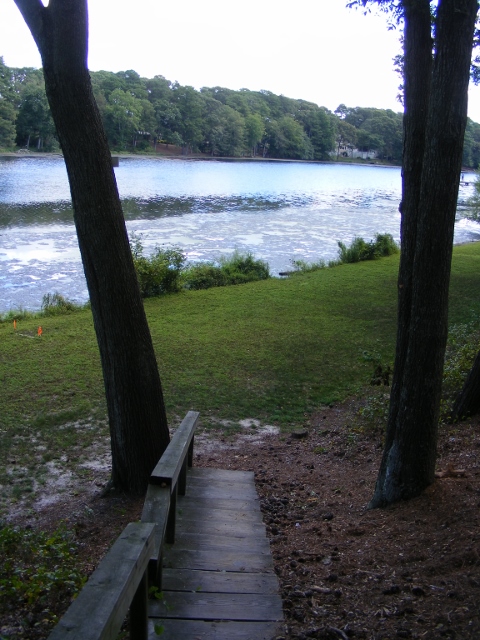 Thus it was that the Wicomico County Republican Club held its annual Crab Feast today, with a crowd close to 300 overflowing the picnic pavilion and seated around the space at Schumaker Pond. 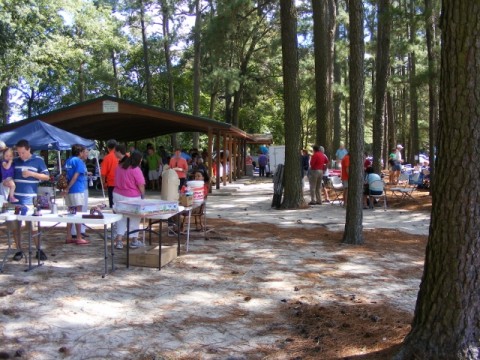 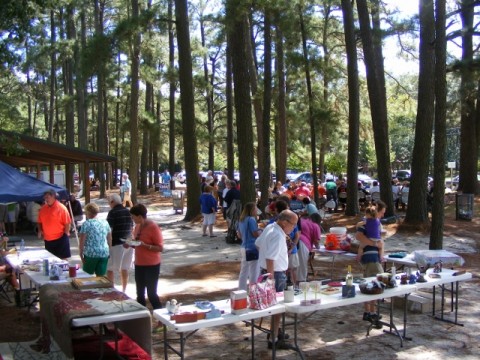 If you were a Republican in Wicomico County, it was the place be seen, particularly if you’re a candidate. Even the statewide campaigns were represented. 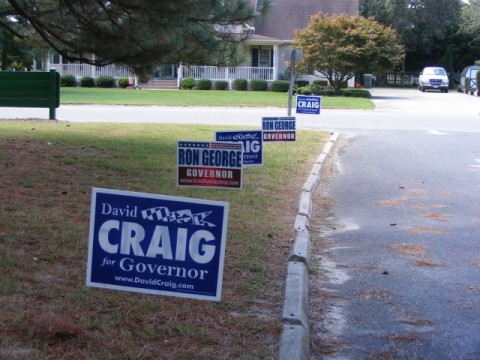 The David Craig campaign was represented by his running mate Jeannie Haddaway-Riccio, pictured here on the left with Wicomico County Republican Club president Jackie Wellfonder. Thanks to Jackie for sending along the photo, which I actually took but using her cell phone. 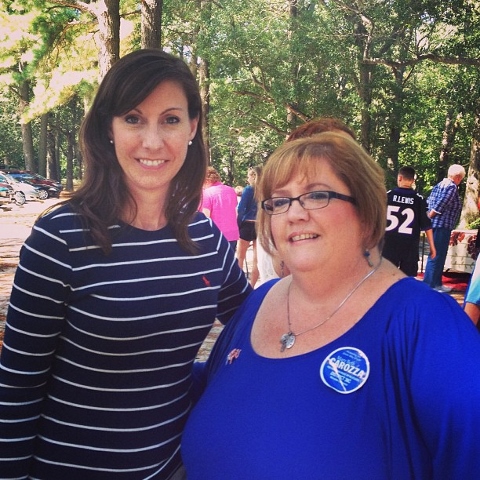 On the other hand, Ron George came himself (well, actually with a couple volunteers in tow, as did Haddaway-Riccio) to mingle and speak with a number of those around the pavilion, including Delegate Charles Otto (seated at left) and a pair of attentive Salisbury University College Republicans. 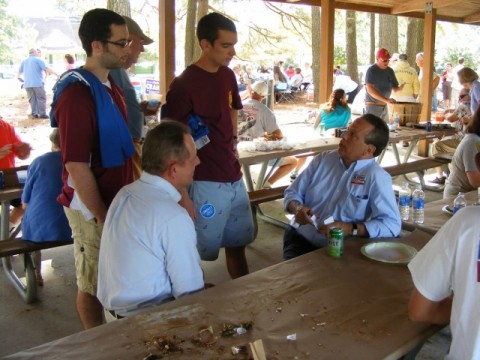 Here’s another one with George and fellow Delegate Addie Eckardt, as always with her pink on. 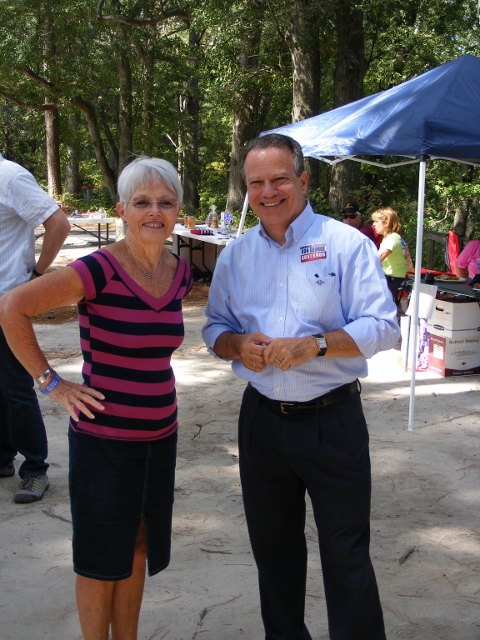 Another local candidate who found plenty of support after a rough last few days was State Senator Rich Colburn, pictured center speaking with County Chair Dave Parker (on left) and Jackie Wellfonder. Mike McDermott, who’s trying to join Colburn in the State Senate, is in the background in the orange shirt. 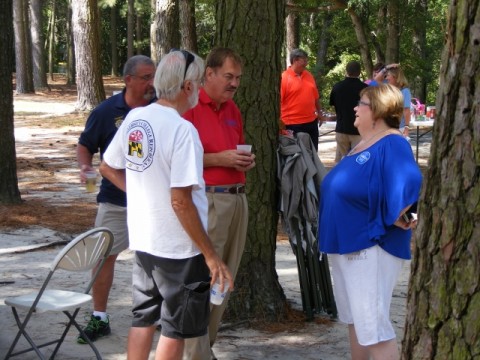 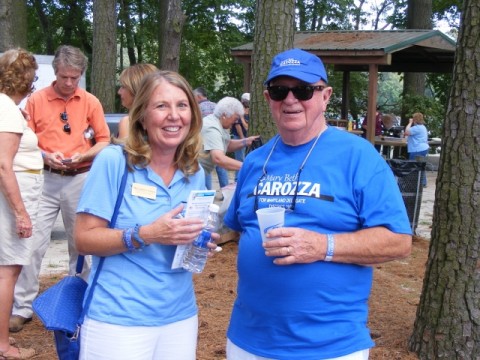 But it wasn’t just about the political fellowship. The club uses this as a fundraiser as well, and between the silent auction pictured below and a 50/50 drawing the club raised well over $1,000. They even recouped some of their investment by selling the spare bushels of crabs, which I’m pleased to report met my fiance’s seal of approval. 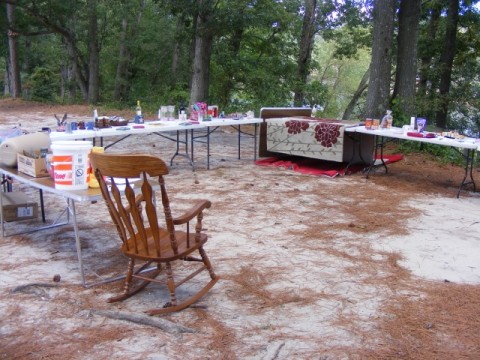 One big departure from previous years, though, was that elected officials and candidates were recognized but  none decided to take the time to speak. (Thanks to Jackie for the reminder/clarification.) It made for a quicker-paced event, but those who may have wanted to hear more from certain hopefuls may have been out of luck.

Then again, who would want to listen to a speech with this view? 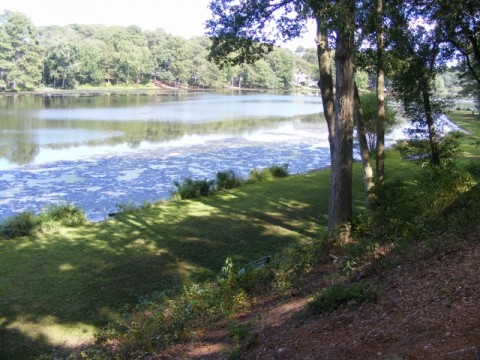 So it turned out to be a nice day. Maybe it wasn’t the most newsworthy, but I had the pleasure of speaking at some length with both Jeannie Haddaway-Riccio and Ron George during the time I was there.

Hopefully we get the same weather for next year. Certainly we’ll know who the candidates are.

3 thoughts on “WCRC Crab Feast 2013 in pictures and text”