After missing the event last year because I was out of town, I got to return to the Salisbury Festival this year for one occurrence. (Unless the date of the MDGOP convention is changed for next year I’ll miss the SF again in 2014.)

I had to be there early to help set up our space, so I happened onto the annual firemen’s awards. It’s always neat to see Old Glory raised up this way. 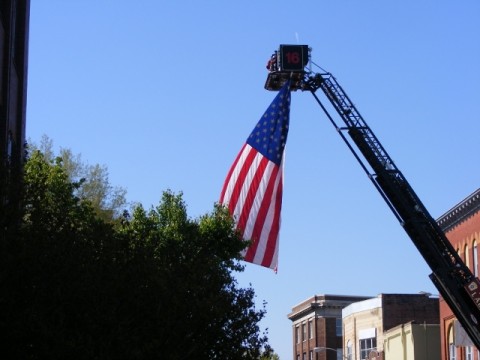 Once the firemen were finished, the color guard paraded to the intersection by which I was standing. 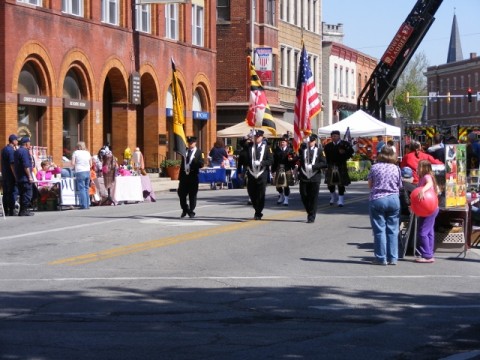 Having helped to set up our place (after the mixup we had was resolved) I first wandered the Plaza looking around. 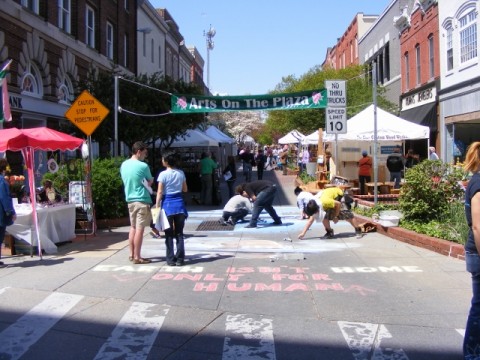 A staple of the Salisbury Festival is its emphasis on artistic forms of all sorts. A number of craftsmen and artisans had set up shop hoping to make a little money from their efforts. But it was slow going on the far end. 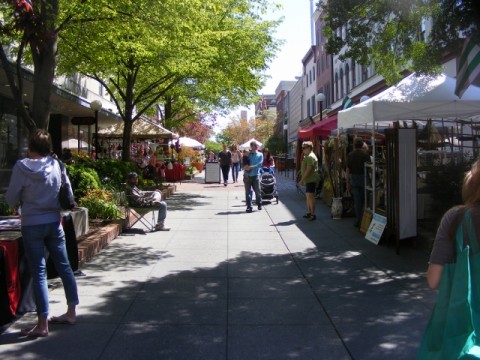 This is the same locale where just a week and a day before Third Friday had set up shop outdoors for the first time this year. 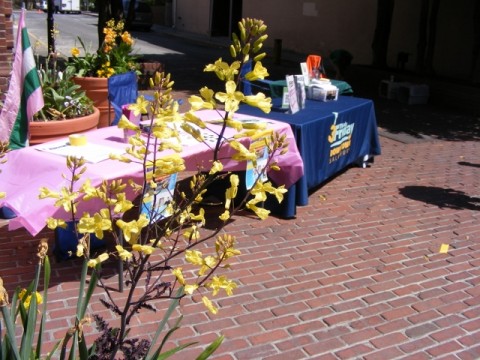 Art of all sorts was on display, with an emphasis on the youngest attendees. 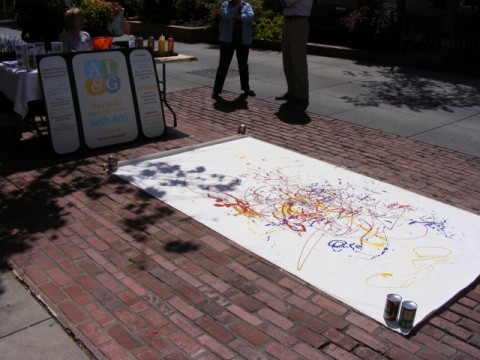 Many of them were hard at work chalking the Plaza at its entrance. 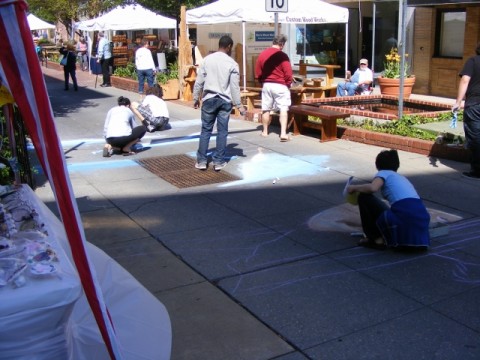 There were also performers on the Plaza, trying to instill us with culture. 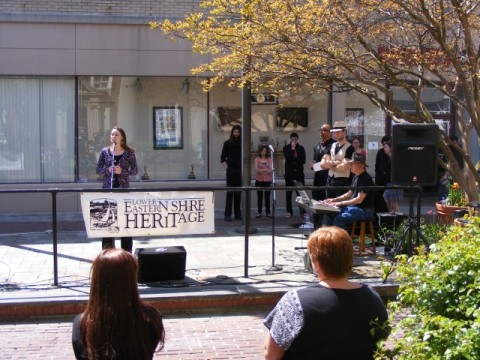 Talented as they were, for me they were no match to the appeal of Detroit iron. 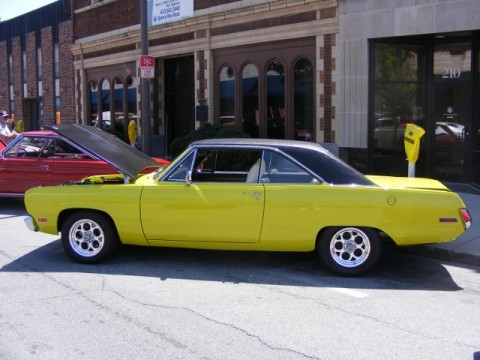 For those of you under around the age of 35 – notice something missing in this picture? 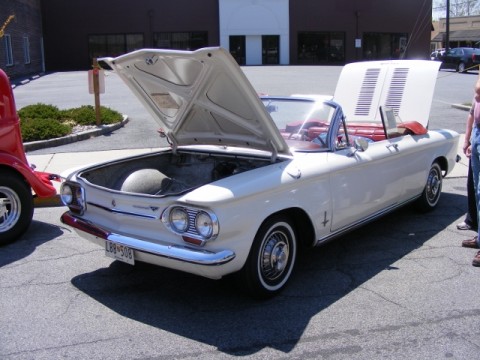 Look in the trunk. 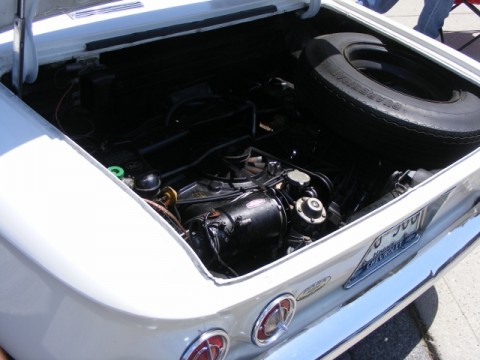 Yes, the Corvair was a rear-engine vehicle which was rather popular back in the day until Ralph Nader killed it. It certainly wasn’t all that expensive. 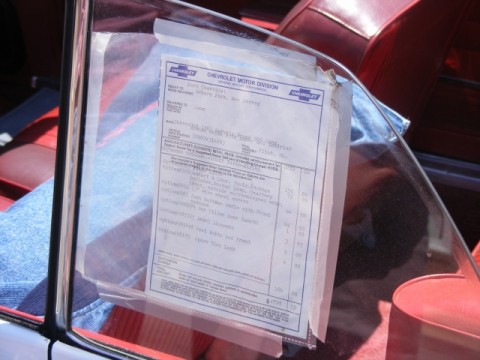 It’s also fun to see what restorers go through. This was an unusual display for a car show. 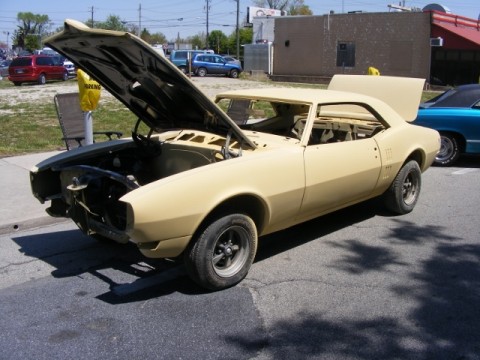 But from this shell may come something which looks a lot like this. 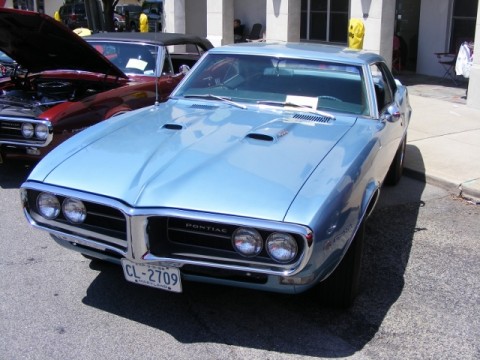 For all I know, these cars could have been on the line at the same time – both are 1968 Pontiac Firebirds.

Yet I’m now of an age when the cars of my childhood are joined as “classics” by the cars of my formative years. Believe it or not, this car is nearly 30 years old – but I drove a similar model in my drivers’ ed class. 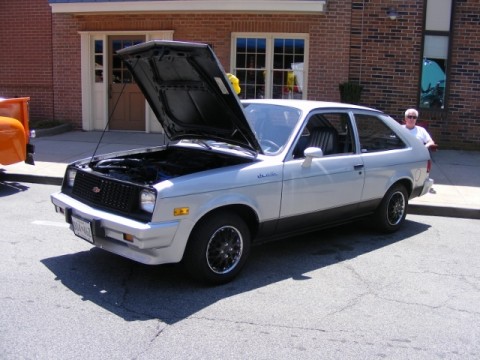 And I wasn’t the only one walking down Memory Lane, er, Main Street. 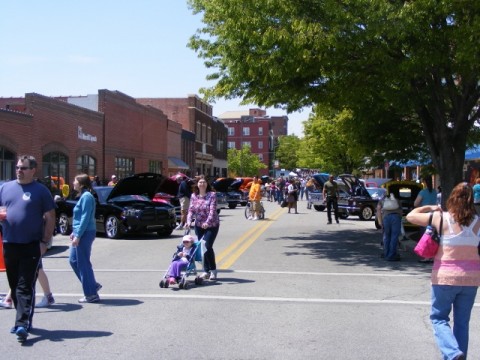 Now something I skipped in my little narrative was the block or so between the Plaza and the car show. That was fraught with fun and frivolity as well.

I talked about this group awhile back, and the local chapter of Move to Amend was out adding to the minor amount of political goings-on. 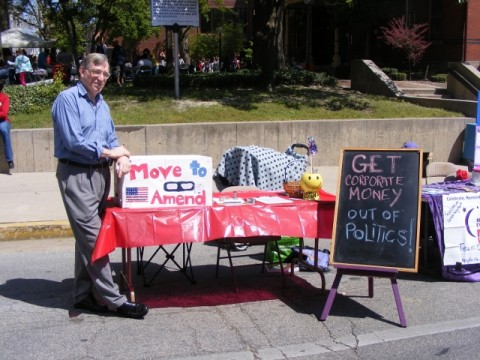 I had an interesting discussion with the guy, but obviously our end goals are different: he wants to erode the power of corporations in government by stifling their rights to contribute money (which, to me equates with their right to free speech.) I’d rather just limit corporations’ power and influence by limiting the size and scope of government. Of course, this guy made the classic mistake of assuming I wanted no government.

Speaking of people who make classic mistakes, the Democrats were mixed in with a group of private interests. I thought they should have been next to Move to Amend. 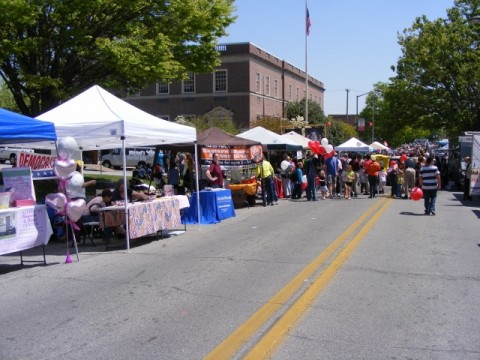 One piece of advice I gave to my Democratic friends: Tootsie Rolls and warm, sunny days do not go well together.

But they were right across from one of the two City of Salisbury setups, where my Council member Laura Mitchell was sitting. I should have asked if she was going to sit on the other side of the street, too. 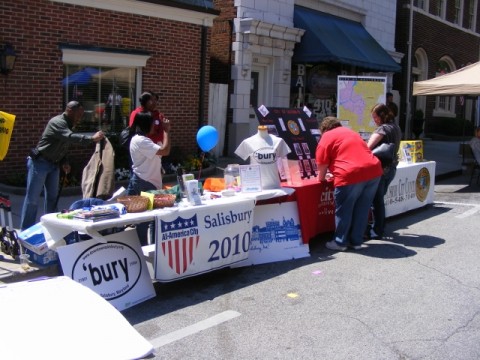 But I was getting hungry and decided to check out the food court. I was also wondering where my fiance was. 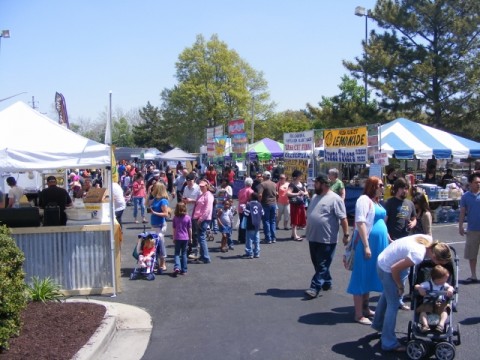 You know, it really helps to turn your phone off silent when you are done with the event you turned it off at. Turns out she (and her daughter and friend) were down by the river, where I took this shot. 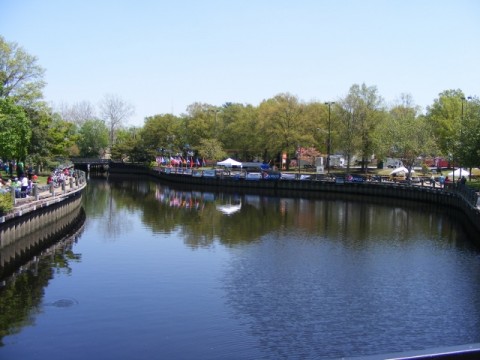 It was empty at the time, but this lot on the other side from downtown is where the Salisbury Festival hosts many of its evening activities. Later on Saturday there would be an international beer festival.

I almost took a photo of the rockfish I had for lunch, but I decided not to share.

Now when you have kids in tow your priorities change a little bit. Normally I would pretty much ignore the carnival portion of the SF, but that doesn’t happen with two teenagers. 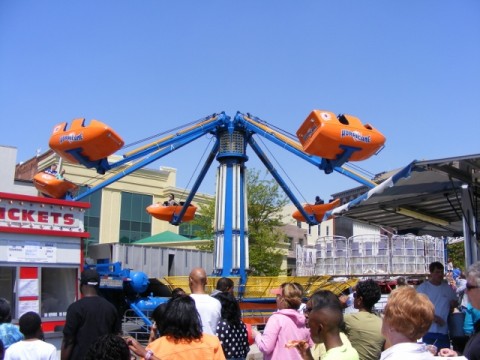 A few rides, a basketball and couple (live, in a plastic bag) goldfish later, they were happy and Kim and I went our separate ways as I relieved a relieved Jackie. The Plaza was abuzz with activity by then. 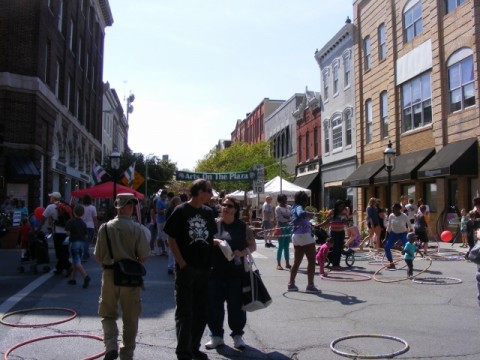 Meanwhile, we soldiered on in our modest little space. The biggest problem, as it turned out, was having our tent banner paired up with a small table. We made it work.

The final photo is of two presidents: Ellen Bethel of Republican Women of Wicomico and Jackie Wellfonder of the Wicomico County Republican Club. 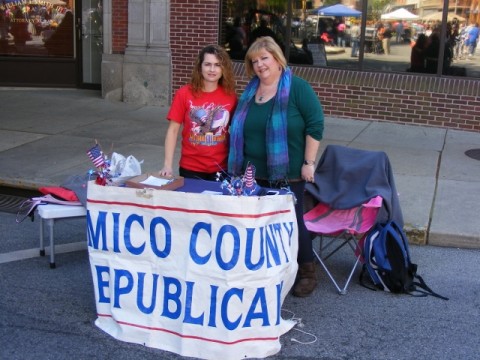 It was nice to see our downtown alive and vibrant for a day, at least. Come Monday after 5 it will be back to its sleepy self, save for a couple pockets of activity.