If you missed this meeting, you missed an opportunity to meet one of the leading candidates to unseat incumbent U.S. Senator Ben Cardin.

Of course, we went through the usual business of doing the Lord’s Prayer, Pledge of Allegiance, and reading of the minutes, but those who attended were really there to hear from and interact with Senate candidate Daniel Bongino. 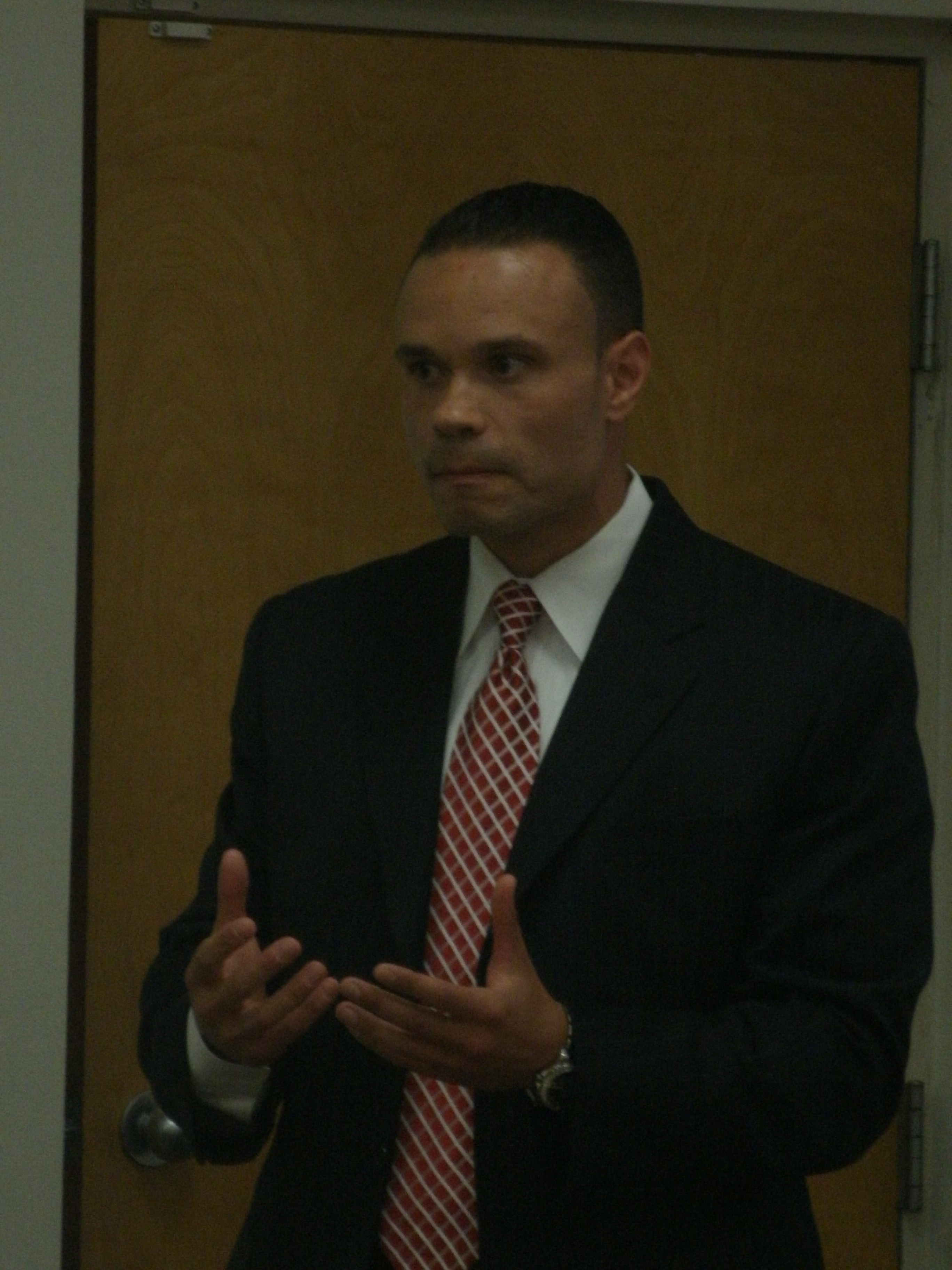 With his family and campaign advisor Brian Murphy in tow, Bongino told those assembled that this was his fourth trip to the Eastern Shore in 20 days – however, he was hoping his campaign wouldn’t be broken by upcoming toll hikes for the Bay Bridge. Dan portrayed the meeting as a “job interview…you don’t need me, I need you.”

Dan related that he decided to run for the U.S. Senate with “no Plan B…I left it all on the line for this.” But he got into the race to run an “aggressive” campaign against the incumbent. “The other side is not taking prisoners,” said Bongino.

Citing the three key issues as education, health care, and the economy, Dan laid into the left’s three-pronged philosophy espoused by Cardin. Their agenda items always include a price control mechanism, a third-party payer, and coercion of some sort. There’s little or no market component with government involvement. 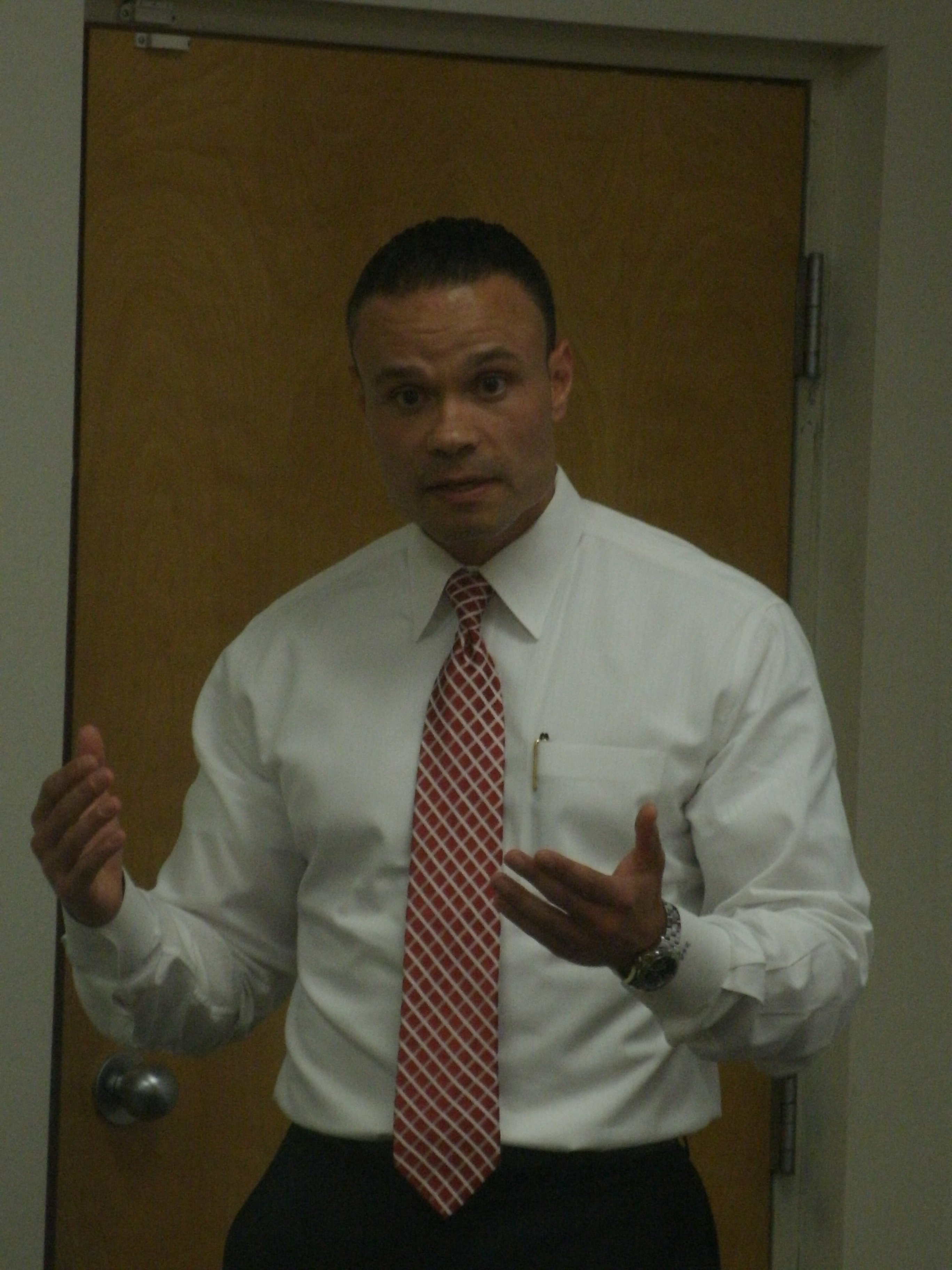 Government has created a number of systems, particularly in health care, that are ‘designed to fail,” including the Great Society. “We made poverty comfortable” during that era, and to Bongino that was “a travesty.”

He also answered a number of audience questions on Medicaid, competing against Ben Cardin, the PATRIOT Act, our involvement in Libya, ending the Federal Reserve, and immigration. For these queries Dan had a number of compelling answers.

Bongino gave a short economic treatise on why one is more likely to die if they’re on Medicaid than they are with no insurance at all. When one considers cost and quality in spending other people’s money on other people (i.e. how government works) “the most inefficient way to spend money is government, every time.” And since there is no regard for either cost or quality with a third-party payer system “(Ben Cardin) is going to sell everyone up the river with this healthcare plan, and he knows it,” stated Bongino.

In competing against Cardin, Dan said it’s a matter of not forfeiting the minority vote as Republicans are prone to do – telling him otherwise is “garbage.” Yet the Democrats have done nothing for the minority population, said Bongino. “We’re not knocking on the doors (in minority areas,” he continued, “Let them slam the door in my face…but I’m going to fight there.” 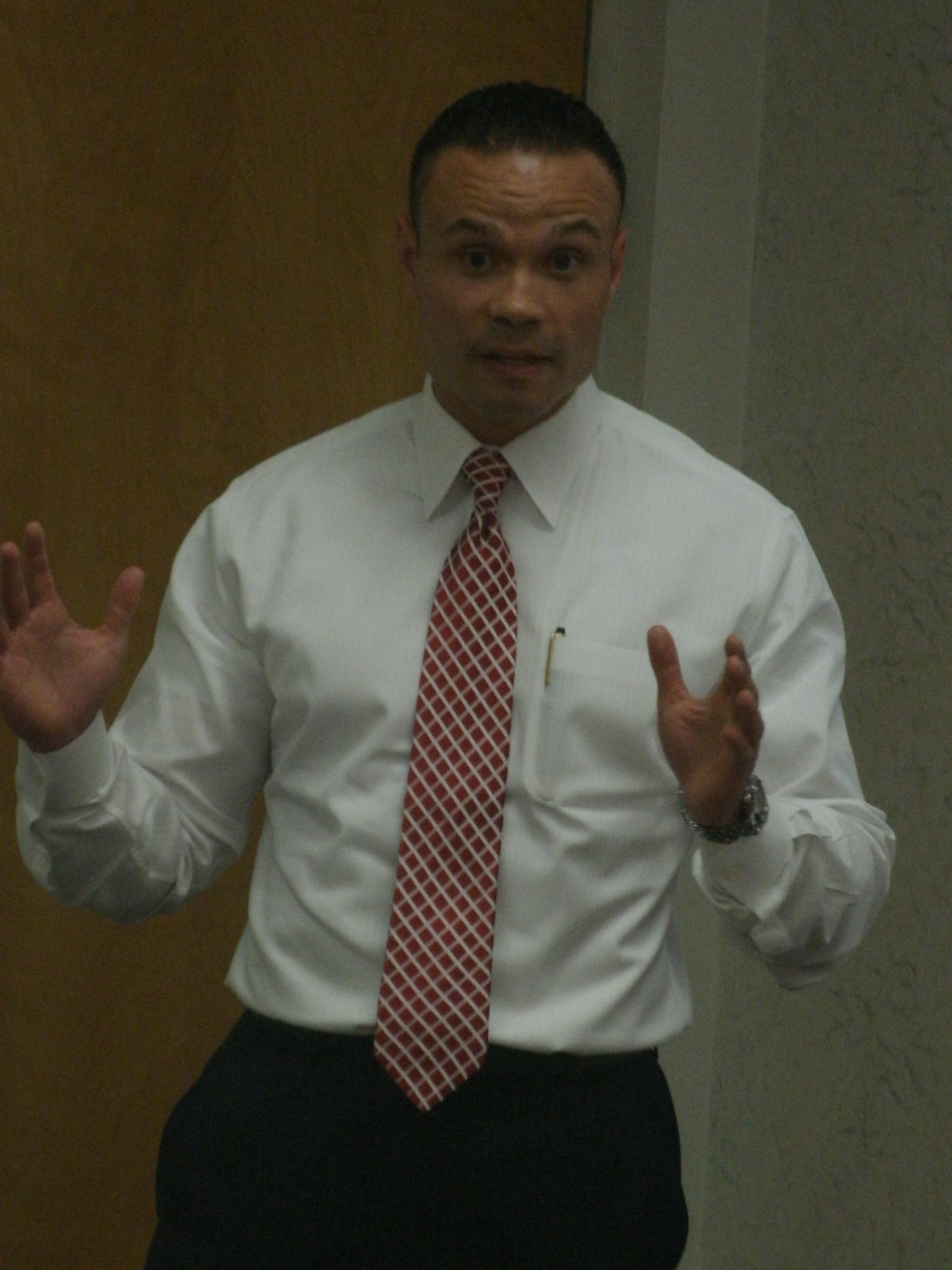 Those of the libertarian persuasion may have a couple objections, but Bongino thinks that “we need the PATRIOT Act (because) to abuse it takes an act of God” and dismisses the idea of ending the Fed: “Every country needs a central bank.” Yet there are provisions of the PATRIOT Act he would like to see sunsetted, and his support for a central bank comes with the caveat that they need to eliminate one part of the Fed’s dual mandate to control inflation and unemployment. We will either default on our debt or inflate our way out of it, said Dan.

On the other hand, Dan doesn’t support the War Powers Act. He questioned why we are in Libya and Afghanistan, saying “our boys” were being killed there as thanks from the people who we were trying to save. “We need our kids back…(the Taliban and tribal supporters) will kill us every minute we are there; they don’t know they’ve been defeated.”

He concluded with conceding that there’s “zero chance of deporting 12 million (illegal immigrants)” but believes we need to secure the border first before attempting any sort of immigration reform.

Afterward, the reaction to Dan was generally positive, save for a few items he knew could rub some the wrong way. “Honest and refreshing” was the verdict from one observer.

And you can decide for yourself as I recorded Bongino’s remarks last night.

Still, we weren’t finished. Dave Parker gave us the rundown on Central Committee happenings, which included recommending two new members to the Wicomico County Board of Education. Not that it may mean much – “Martin O’Malley doesn’t care” about the Republican party’s desires, conceded Parker – but we did our assigned task.

He also talked about the Catholic Conference and their support of the DREAM Act (against the SB167 petition drive.) “(Their flyer) reads like Democratic Party talking points,” asserted Dave. CASA de Maryland with their aggressive tactics at public places where petition signatures are being solicited and other illegal immigrant supporters were “looking for ways to disenfranchise voters,” Dave said. A copy of the petition was passed around, with more signatures being added to those already in.

Shawn Jester informed us the next Lower Shore Young Republican meeting will be August 9 and talk about redistricting.

Julie Brewington made a pitch for a new group called the Constitutional Conservatives for Maryland PAC, which is holding a raffle fundraiser. (Once their website is up, there will be a link to it from my site.)

Other internal business discussed was a membership drive and potential scholarship. We also decided not to skip the July meeting, as has happened previously in non-election years. One suggested speaker was Robin Holloway, who is leaving the Wicomico County Board of Education after two terms.

So, since we decided it would be so, our next meeting will be July 25. While it’s likely Robin Holloway would be our speaker, stay tuned. We have about a half-dozen U.S. Senate candidates to go.