Trust me, I like going to 3rd Friday, particularly the outdoor version. But last night they had a special guest who brought a few of his friends. 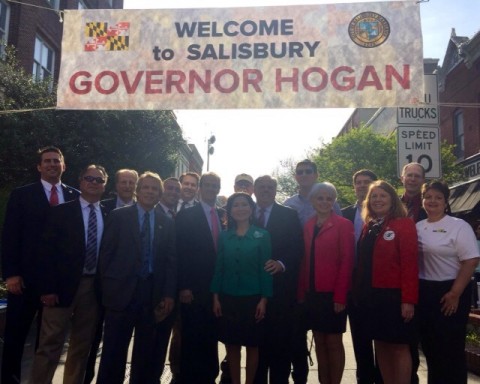 I have Mary Beth Carozza to thank for that photo, but as you can see it’s a bipartisan gathering. In fact, he even brought Salisbury’s mayor and Wicomico County’s executive together. 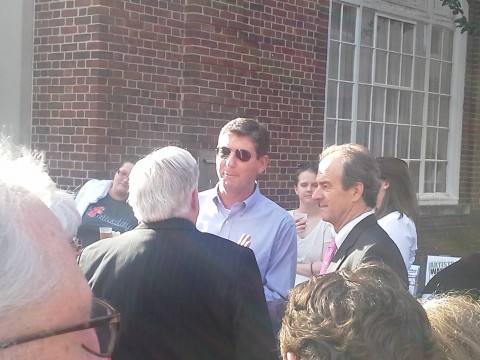 But they were on a relatively tight schedule, as the Greater Salisbury Committee dinner was slated the same night. So it was interesting watching the parade of state and local pols roll up one side of the Plaza and down the other, greeting friends along the way. If you weren’t there by about 6:30 you missed most of that excitement.

But 3rd Friday is maintaining its newfound status as a place to be. 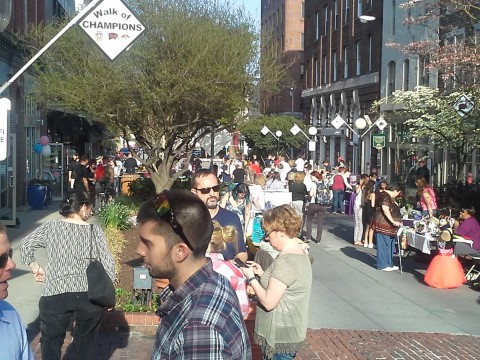 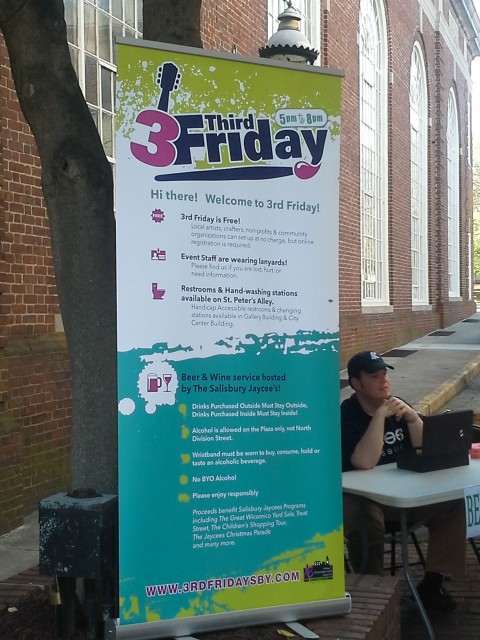 I didn’t see a whole lot of people with beer, perhaps because it was Breakfast time. 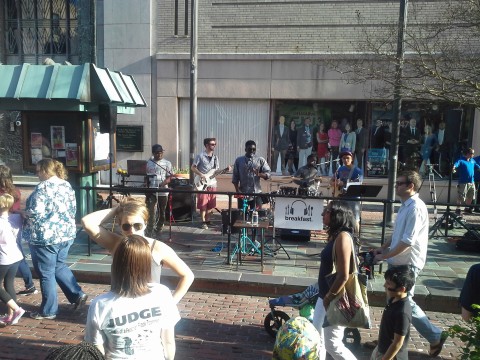 Because I walked around and didn’t stay for the whole event, this won’t rise to the level of a Weekend of local rock segment. But I found Breakfast surprisingly enjoyable with their mix of covers and originals. (That sounds sort of strange, but I’l go with it.)

They certainly were better than most of the karaoke I heard as I circulated around the state convention prelude at the Princess Royale in Ocean City. Originally it was going to be one long post, but I decided to leave things there and pick up that side of the story in the morning.