I received an amusing pictorial e-mail today from the Democratic National Committee. I guess when you’re targeting low-information voters you need plenty of pictures. 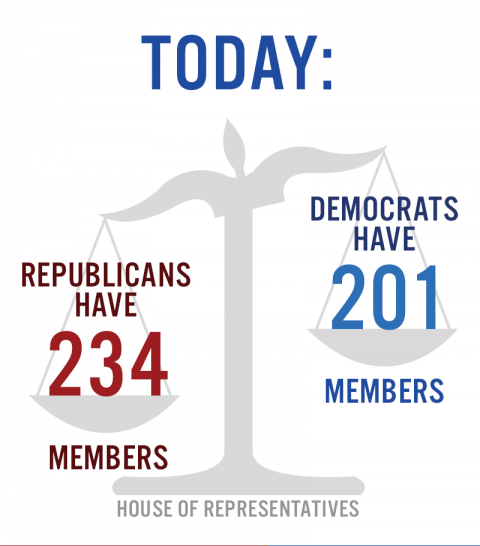 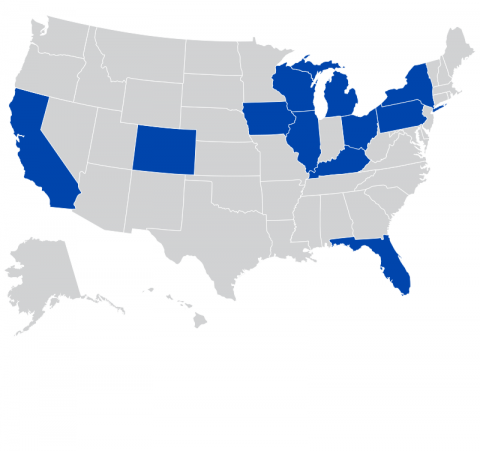 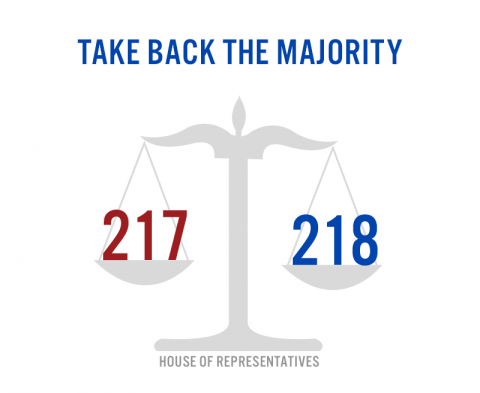 Never mind that the poll the Democrats cite (from the left-leaning Public Policy Polling) pits these Republicans against a “generic” Democrat – once an actual candidate is selected the numbers generally go down. It’s also a simple registered voter poll, and may not accurately reflect the electorate in the region. (No one’s ever oversampled Democrats to get a desired result before. </sarc>)

The PPP survey is sort of like the generic ballot polling an outfit like Rasmussen does, where they pit the broad base of Republicans vs. the broad base of Democrats. At this time the numbers are even, which suggests not much will change. (This is particularly surprising given the negative coverage House Republicans have endured throughout the Obama slowdown.) Bear in mind as well the PPP survey was conducted in the first few days of the Obama/Reid shutdown, before many major developments in the story.

So it’s important to cede no ground to the Democrats. And history isn’t on their side – with the exception of 1998, where Democrats picked up 5 seats, the opposition party to the President has added seats in Congress in every second-term midterm election since 1952. The range was from 5 seats in 1986 (Reagan) to 49 seats in 1958 (Eisenhower) and 1974, the post-Watergate Ford election. 1966 was another watershed year, with incumbent Democrats under Lyndon Johnson losing 47 seats. So Barack Obama would have to buck a historical trend to gain seats, let alone recapture the majority.

Nor has it been considered that the Republicans might pick up some vulnerable Democrat seats as well. Certainly the opponents of Sixth District Congressman John Delaney aren’t taking this lying down. They’re either playing up the trustworthiness angle, like Dan Bongino does in this video:

(By the way, if you look closely you’ll see my cohort Jackie Wellfonder in the video in a couple spots.)

Or they’re hammering the incumbent for turning his back on veterans, like Marine David Vogt:

A conversation about the Affordable Care Act and the harmful effects it is having on the American people is one we need to have. But we can’t have that conversation while our leaders are engaged in a partisan, political playground feud. Each side is guilty, and neither side is leading. Leadership means getting in the conference room and hammering out a solution, not holding a press conference just to call the opposition a new name and to repeat the same talking points that have obviously gotten us nowhere.

Our leaders have forgotten who they are in Washington to represent. Last week, I watched in amazement and disgust as my opponent voted to block funding for veterans’ benefits because he decided politics and standing by his party’s leadership came before service to his constituents and the American people. This is inexcusable.

Washington is supposed to work for us, not against us. These days it often seems that our elected officials do more to work against the American people than they do to help us. We don’t have time for political bickering. We have more pressing issues than each side’s attempt to save face. We need leadership, but it doesn’t appear we are going to get it anytime soon.

Obviously we won’t get new leadership until after the 2014 elections. And while I wouldn’t mind replacing John Boehner as Speaker, I’m hoping we do so with a much more conservative bulldog with TEA Party roots, not the shrill uber-liberal shill Nancy Pelosi. She had her time and set the stage for Barack Obama ruining the country, so let’s send a message to the Democrats and seize the narrative.