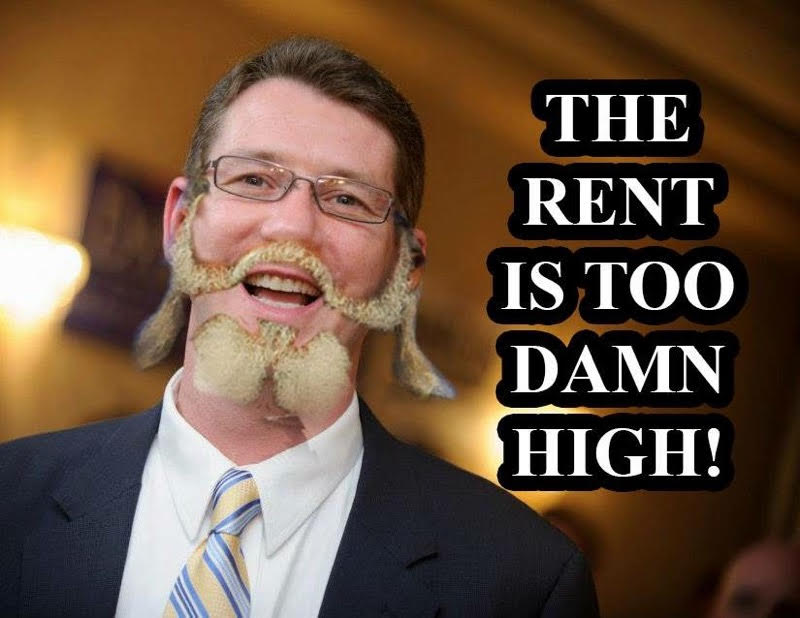 Facing his final few months as Salisbury’s mayor, Jim Ireton decided to be Santa Claus. You know the old adage about a democracy lasting until the people figuring out how they can vote themselves a piece of the treasury? This is really a proposal for the 2018 Ireton campaign.

In a Facebook posting, the mayor explained his reasoning.

Today I announced that I will forward to the City Council a Rent Stabilization Initiative aimed at bringing rents in Salisbury into line with national averages. This is a common sense step which will have very real results for residents who find themselves living paycheck-to-paycheck, struggling to make unnecessarily exorbitant rent payments. I was asked by someone earlier today “Why now?”

If we want and expect to do better for the people in this City who are hurting the most, then we cannot shrink from this tough discussion -and I can tell you that I won’t. Our residents pay far too much for the quality of the rentals that they live in, and far too many of them are severely cost-burdened. In the end, renters know when they are paying too much in rent; it’s when there’s no money left on the 2nd of the month. We have tried endlessly for 30 years to address the problem of the greed of the rental industry in Salisbury. This Rent Stabilization Program is good for our residents, good for the local economy, and will allow the City to get a return on the investment it makes in its citizens.

It’s small wonder that there’s a chorus of renters who agree. They think they are getting something for nothing but what they will get are fewer choices or more substandard dwellings.

But let’s look at some of these claims. Ireton says that a large percentage of renting households are overburdened. However, his proposal only addresses individual houses, not multi-family dwellings, so only some portion of the population would benefit. We aren’t given the number who would actually be affected.

And I still can’t quite wrap my head around how additional money makes it into the local economy, because it’s not really additional money. The renters aren’t making any additional money on the deal. Granted, they may gain some choice on where to spend it but this is pretty much a zero-sum game.

Ireton is playing the old class envy card here, pitting poor, struggling renters against a class of businesses his allies derisively refer to as “slumlords.” It’s a convenient target to evoke sympathy, but one tends to forget that these businesses and individual homeowners are also investors in the community. The $8 million the renters save isn’t just sitting in their pockets – they are paying workers to oversee their properties, spending money on upkeep, or, as individual homeowners who depend on rental income, they buy food, transportation, health care, and apparel too.

Let’s imagine for a moment that this initiative passes – and given the current composition of City Council I could see three votes to make it happen. What incentive is there for people to invest in housing if the return is arbitrarily limited by the assessed value of the house, something that’s determined on a triennial basis? Once a house is maxed out on rent, in effect the price is frozen for the remainder of the three years unless the city benevolently changes the formula.

In the meantime, the decrease in money coming in makes investment less worthwhile, so housing prices will sag. Arguably that’s good for renters who may want to purchase a house, but the house they get may not be in as good of repair as it could have been because less money came in to make repairs, just the essentials to keep it up to code. It’s the small mom-and-pop investor businesses which would be hurt the most by this law because the rental companies can increase the rent on those dwellings they own outside the city limits.

The solution for homeowners may be that of subdividing larger houses into apartments where possible. Certainly that’s not an elegant solution and I suspect the various housing boards may look a lot more severely at these efforts because it’s a way of skirting a bad law.

It’s just the latest chapter in the Ireton war on landlords. He may think he can bring Salisbury up from poverty but instead it will just change the distribution of wealth slightly, eventually make affordable housing more scarce, and discourage investment – or, as Ireton calls it, “greed.”

My friend Muir Boda has his own thoughts on the process, and notes that College Park dropped its program a couple years ago. I agree with his main point, though: instead of using government to bring one class down in the attempt to raise another, why not try to add value by attracting the kind of economic development which can make fewer households “cost burdened.”

Perhaps that should have been Ireton’s plan all along.

One thought on “Is the rent really too damn high in Salisbury?”