In reading last year’s feature, the comment was made that they needed more people to help out. Enter the Salisbury Chamber of Commerce, who had the rights to the old Delmarva Chicken Festival, and the re-christened Wicomico County Fair was reborn in its 79th year. So how did it go?

There was still a lot of tradition there… 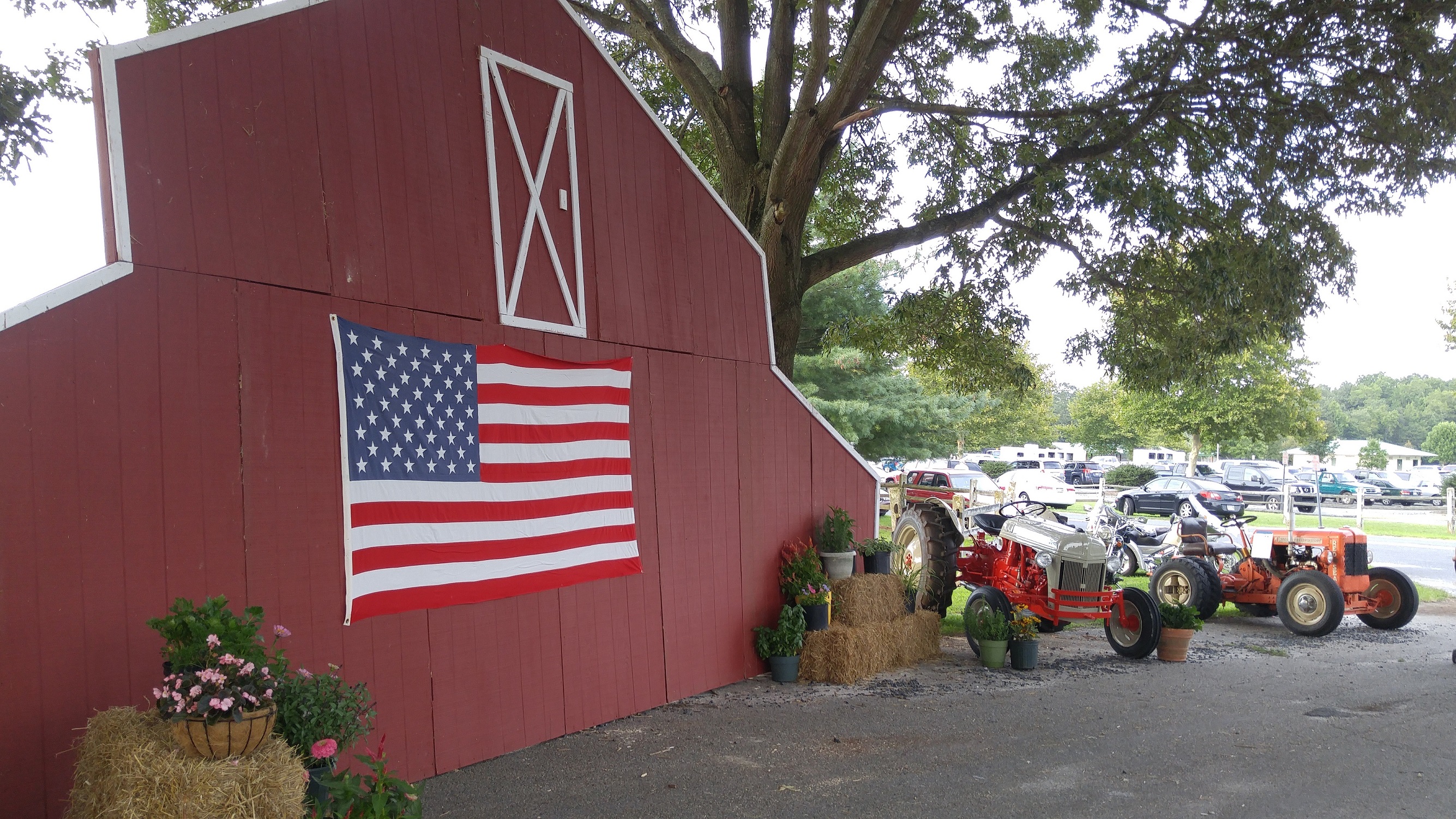 …but they kept what was good about the old event and added a lot more.

One of those holdovers drew a lot of spectators on Saturday evening, as they kept the Cowboy Mounted Shooting event. 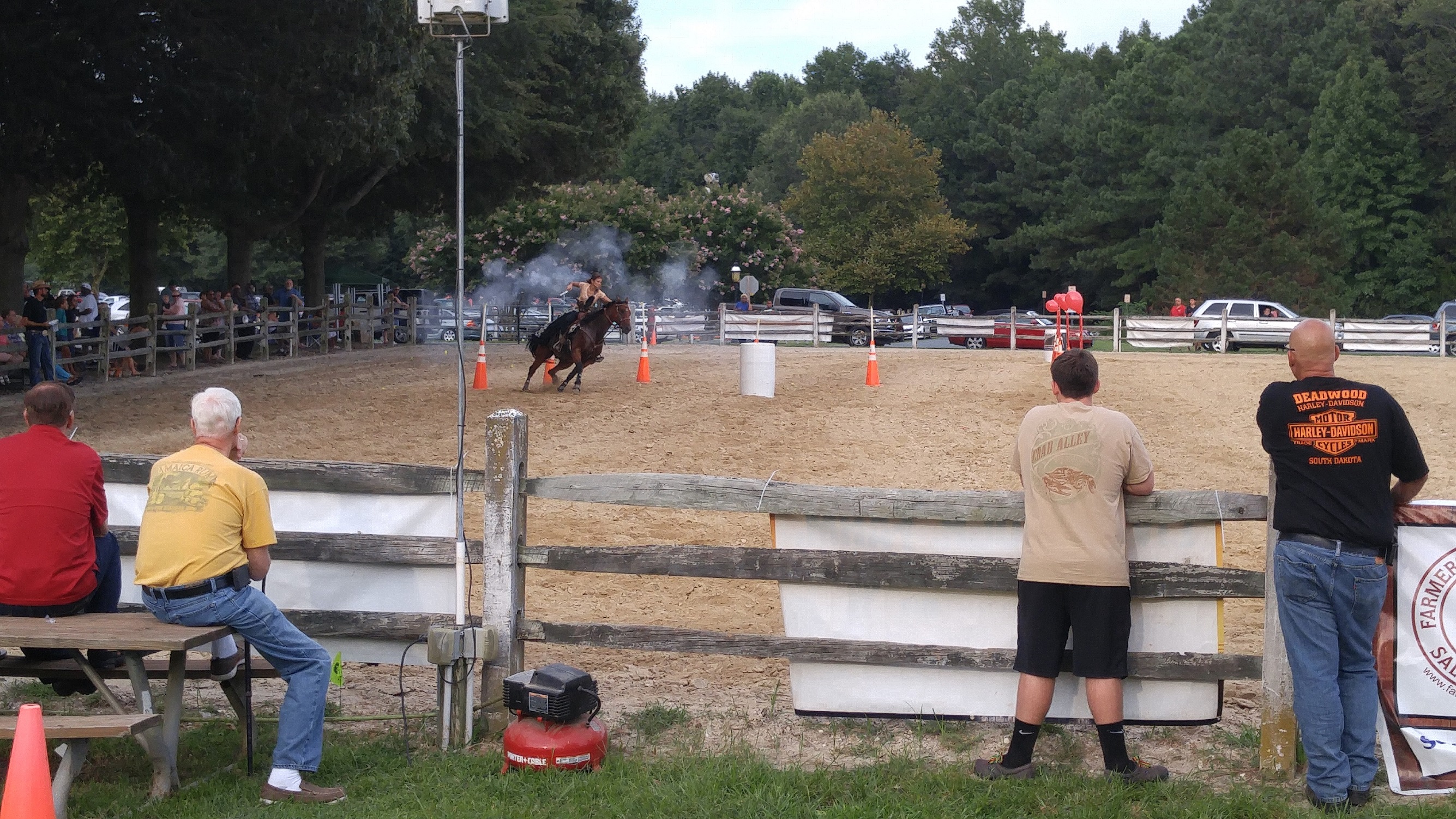 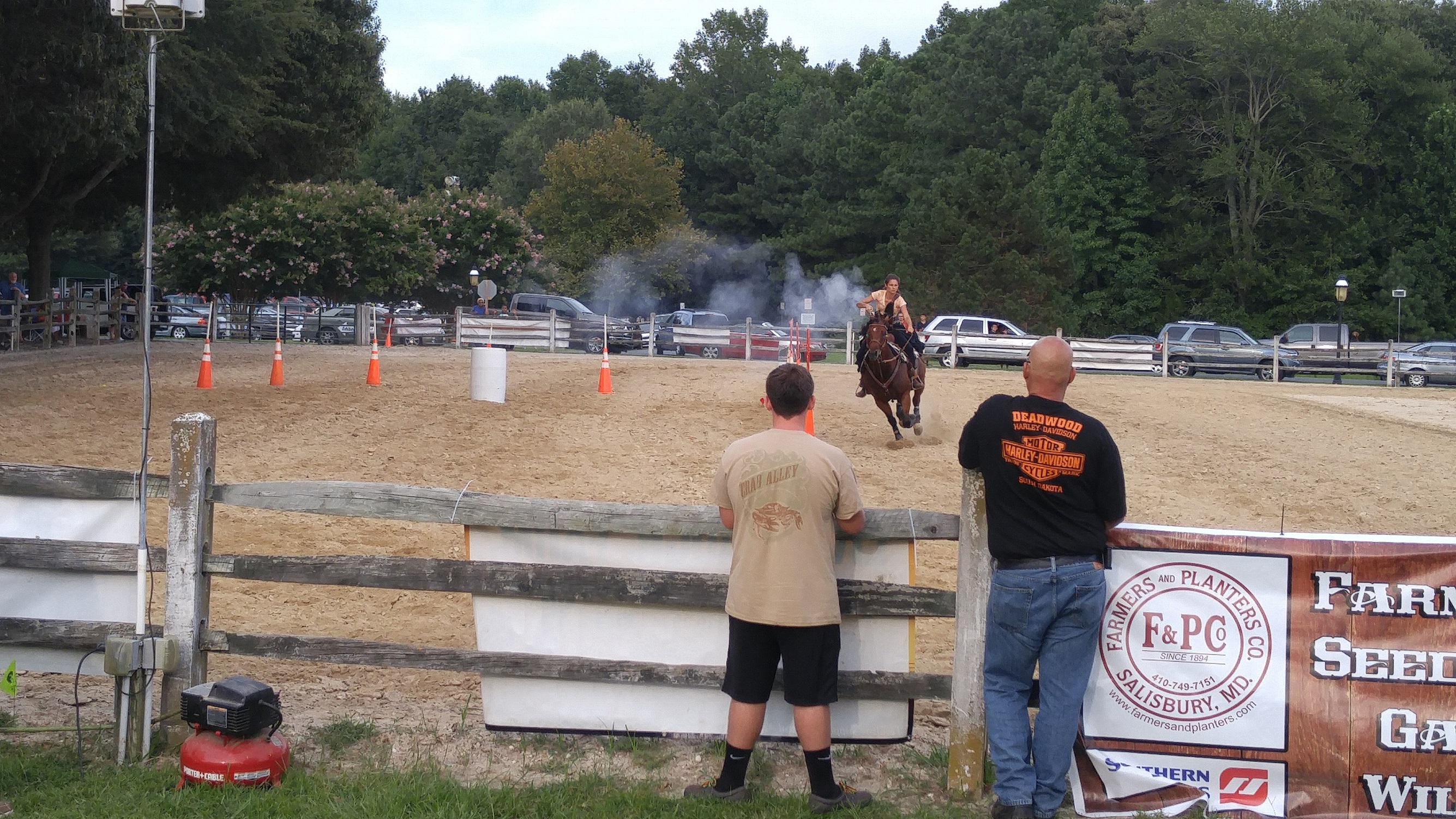 The idea is to shoot the balloons off the cones in as quickly as possible. On a horse. I suppose it’s a little easier on us humans than to run through the sand ourselves and do it, and a better spectator sport.

As I said last year, though, it would be interesting to get a more full-fledged competition. Maybe next year.

But there was a lot which was new and improved. One thing dragged out of mothballs was the giant frying pan made famous at the Chicken Festival. 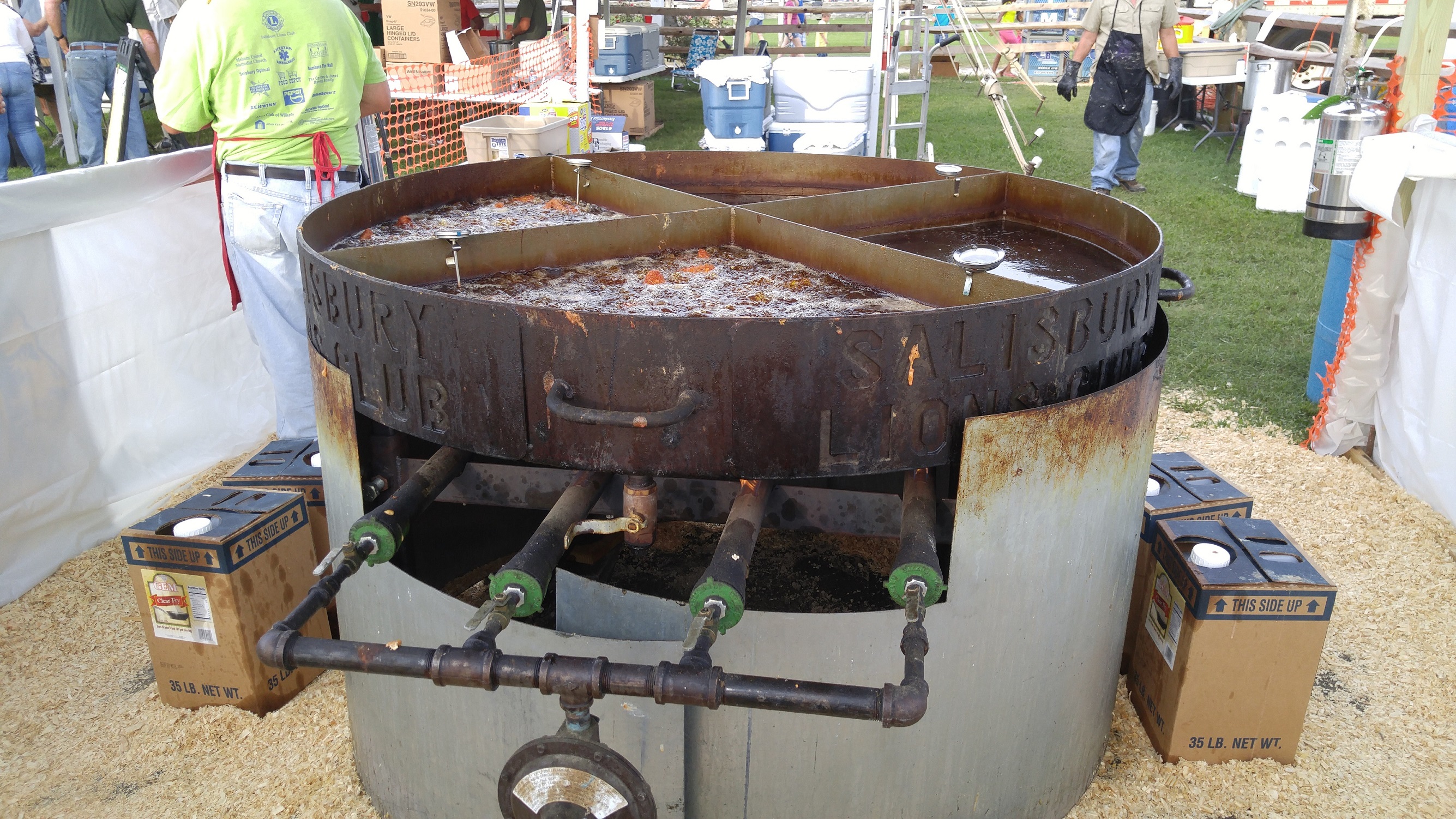 I’m sure this sponsor has been there all along, but the chicken tie-in was surely encouraging for them. 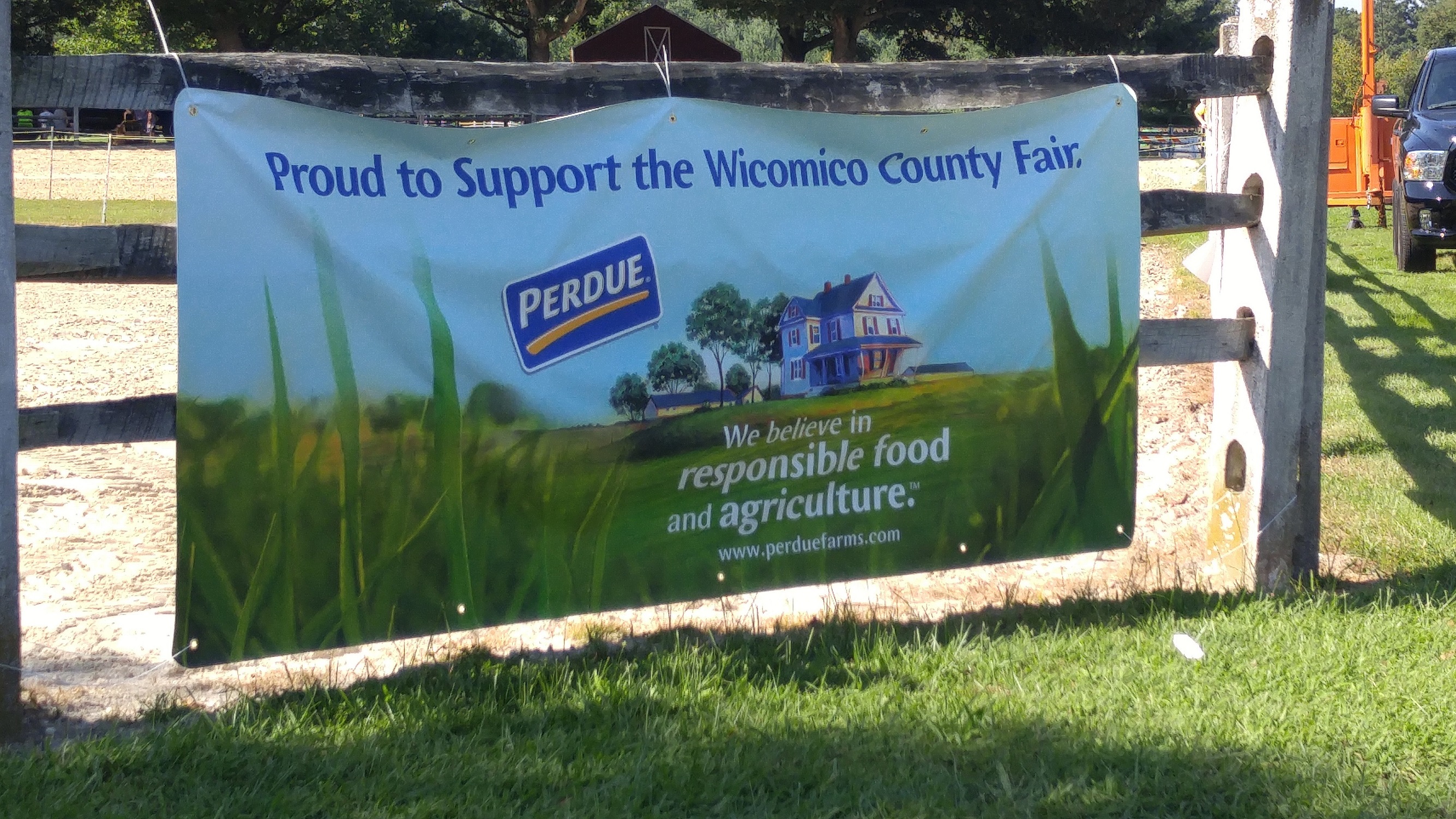 The fair also included a “beer garden” for the first time, although it was more of a standard food court. Ice cream was among the favorites, and you couldn’t miss the rhythmic sound of this motor they used for churning. 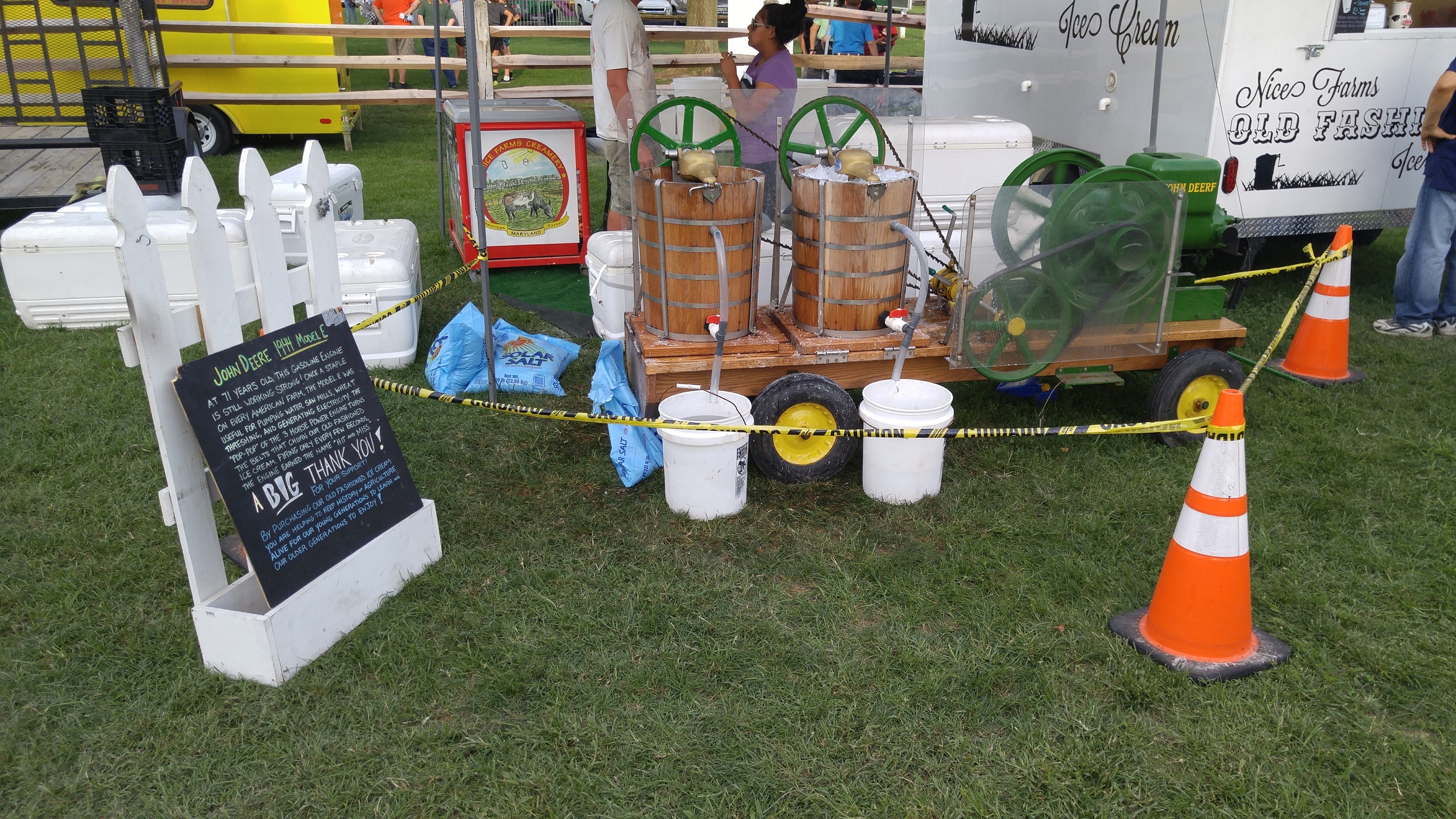 This area, however, also presented a opportunity to vastly expand the musical entertainment as a number of local bands played the fair. The Barren Creek Band was among those that played Friday evening. 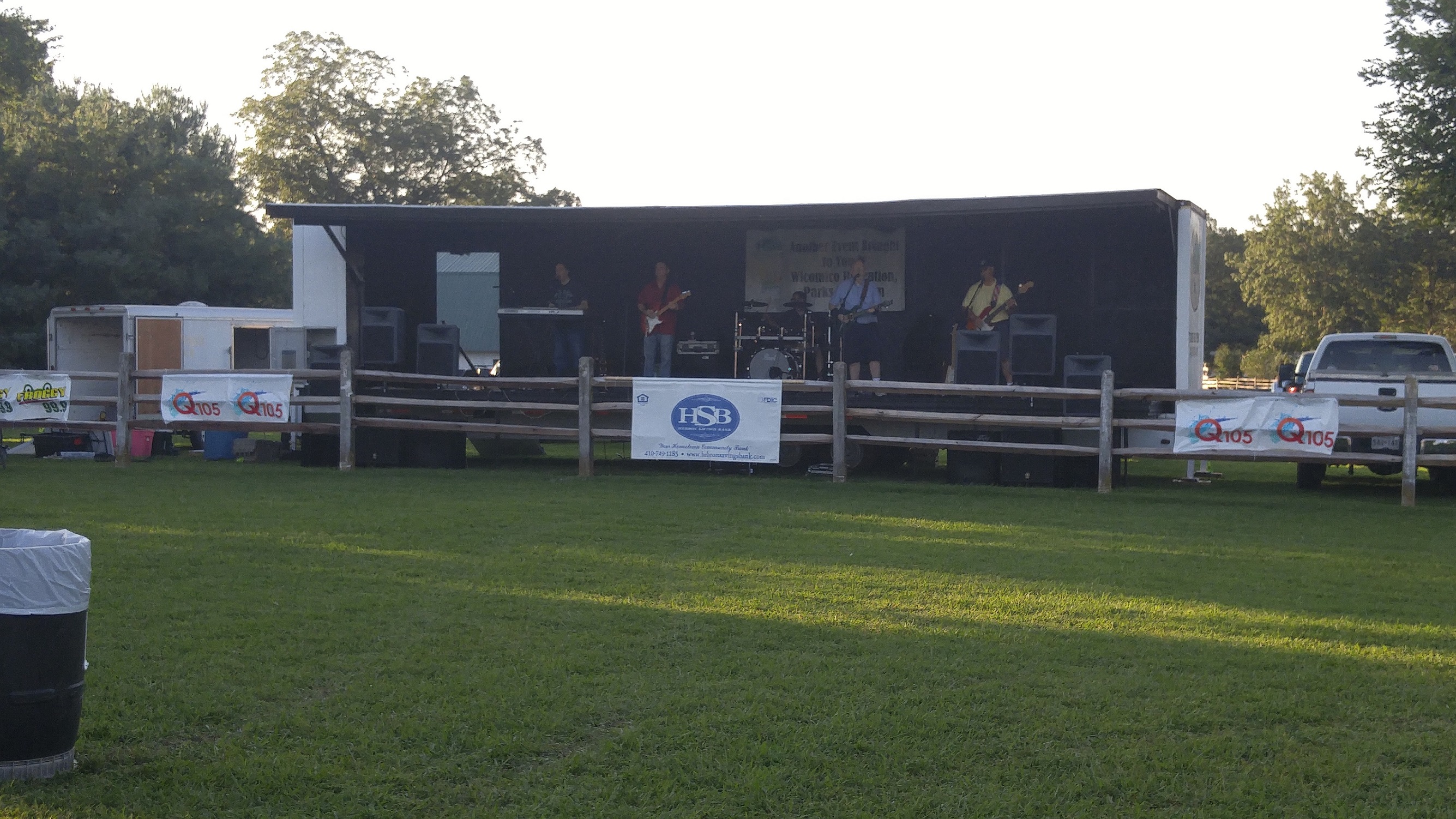 On Saturday night Red No Blue was the opener for Petting Hendrix. They were wrapping up as I was leaving. 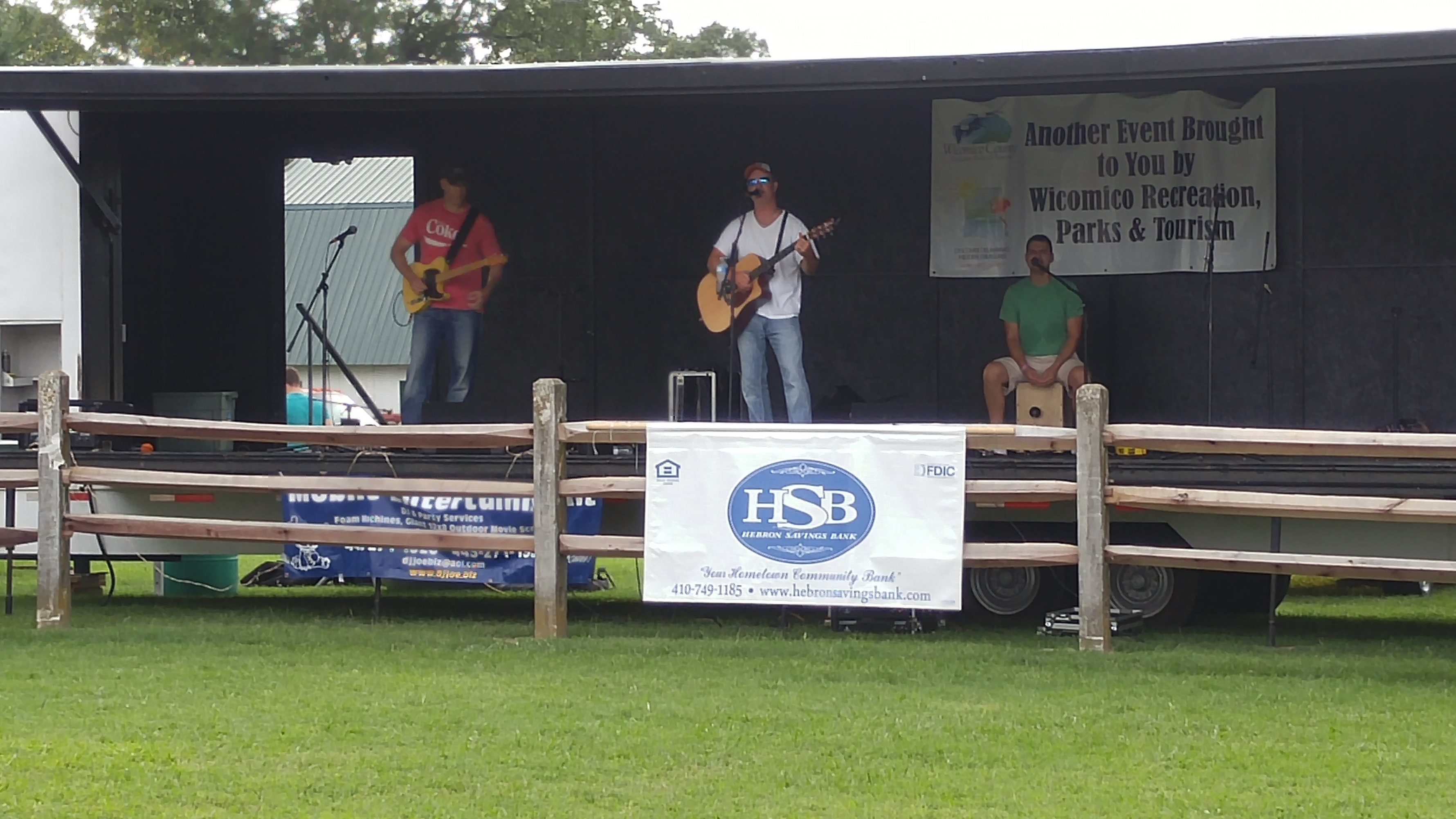 Another area that was a noticeable draw was the variety of kids’ activities. Those kids who exhibit goats, sheep, or cattle need to have a little playtime, too. It was more than my cell phone could get in one shot. 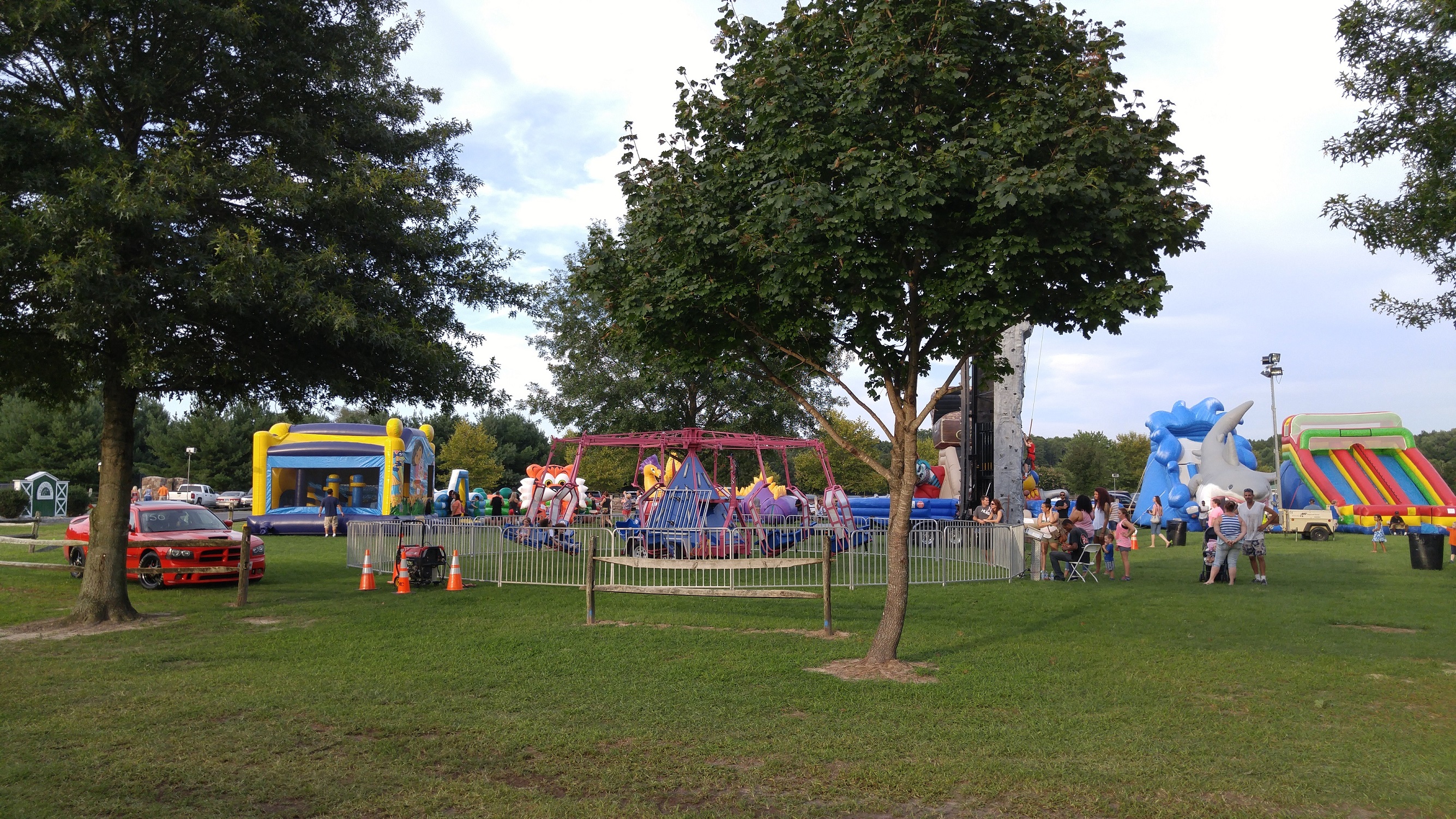 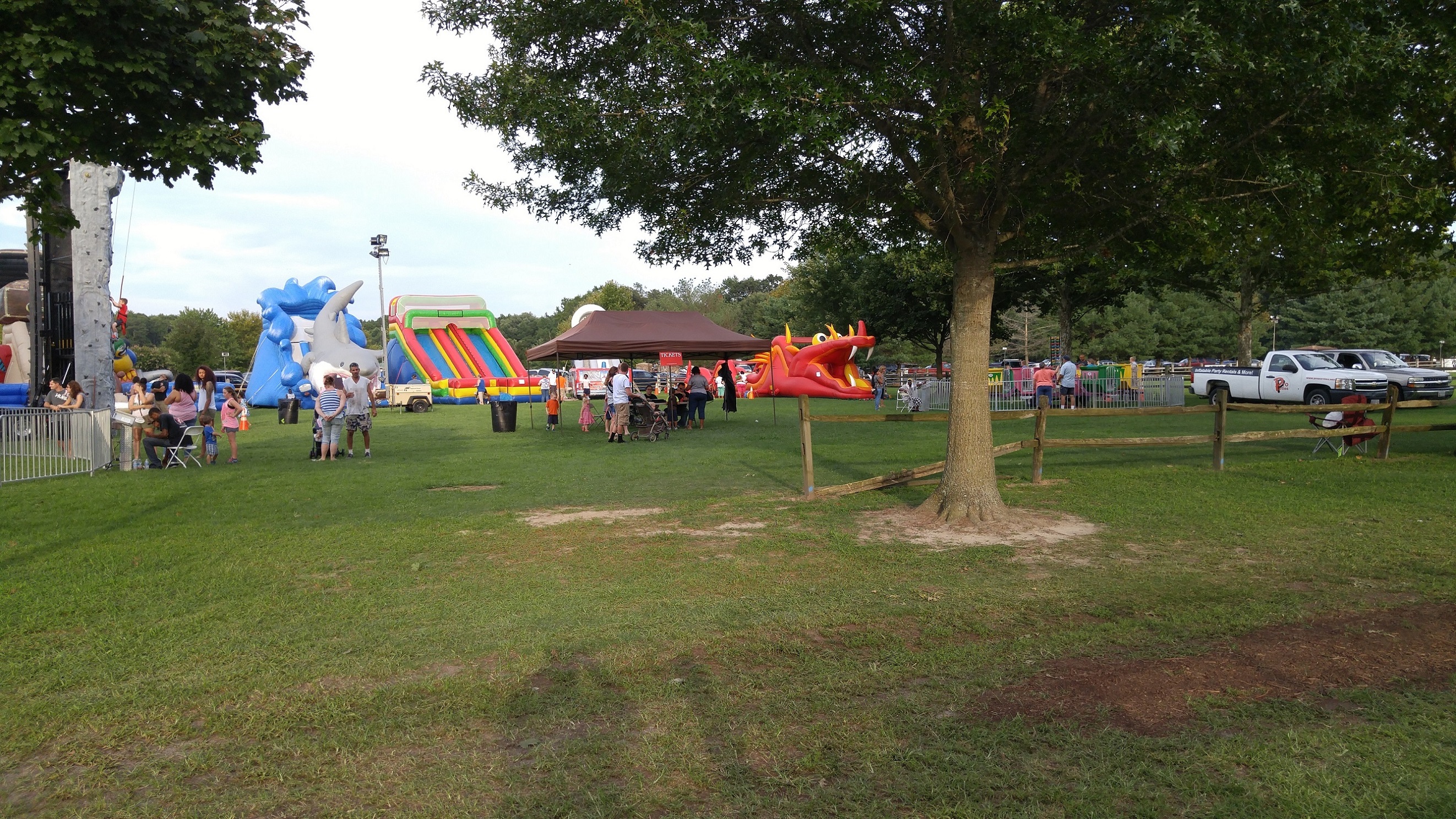 Truth be told, given the nice weather and the additional interest, those exhibitors who used to be inside but were outside this time around – such as the National Aquarium and Maryland Right to Life – likely had more traffic than the Republican Club had inside the exhibit hall.

One thing I didn’t get a picture of was their display, but the club did. It’s not a state election year so we didn’t have a lot to stack up. 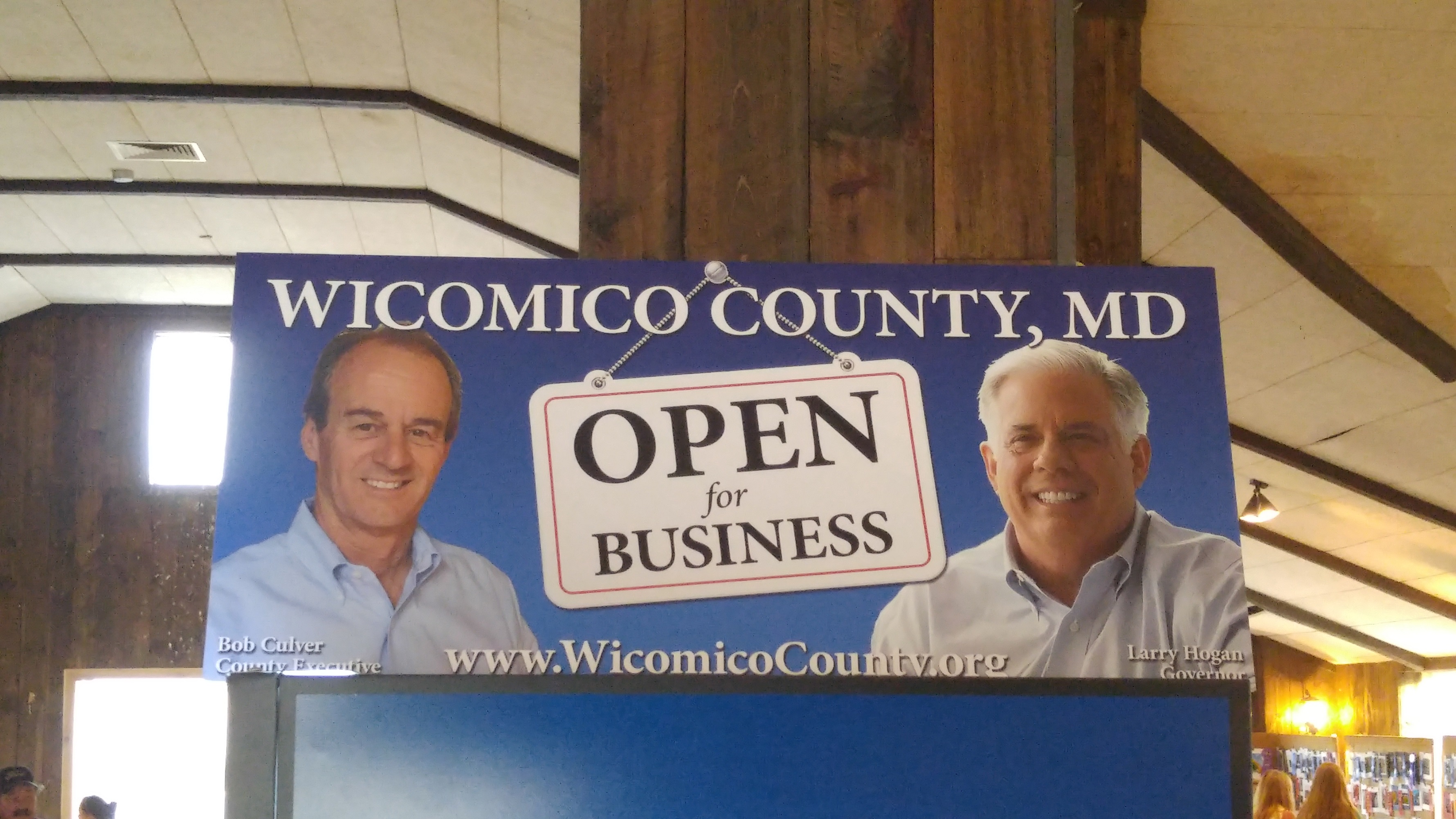 Since both of them are Republicans, we could lay claim to it but it was actually the county’s sign that was placed across from us.

Finally, speaking of judging, there seemed to be more entries this year in the photography contest. I entered a handful of photos but no ribbons for me this time. Maybe next year.

But if I were to give out ribbons for most improved local event, I think the Wicomico County Fair would be a recipient. I’m glad there was some new life breathed into this venerable event and hope its 80th edition next year will be even bigger and better.