To tell you how long I have been out of circulation regarding the local music scene, consider this is my first WLR post in over a year. Sometimes things in life change, and honestly I haven’t been in the same frame of mind in the last few years as I was when I built up a lot of this series.

But Kim and I had an invite we decided to take and as it developed I decided a post was in order. The band in question was a band I’ve seen 3/4 of on several different occasions, the most recent at the last (to date, anyway) Concert for a Random Soldier held in 2016. (That event wasn’t held in 2017 due to a venue issue – otherwise I would have done a WLR sooner.)

So here we were, traveling an hour to hang with a batch of Kim’s co-workers and friends at this nice place. 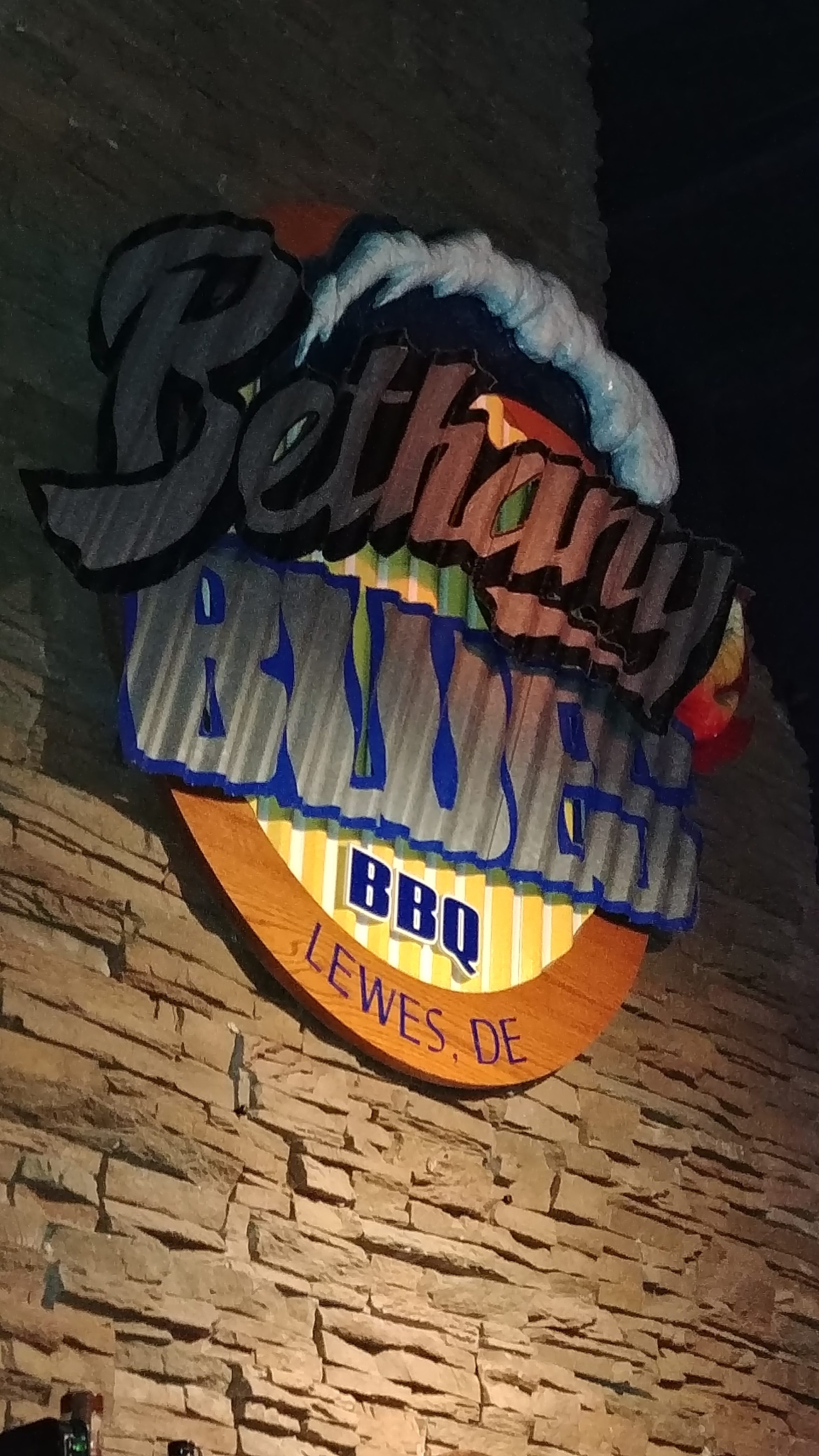 I’ll add more commentary about the venue at the end, but let me first introduce you to a band you probably already know if you’re from the area, Nothin’ But Trouble. 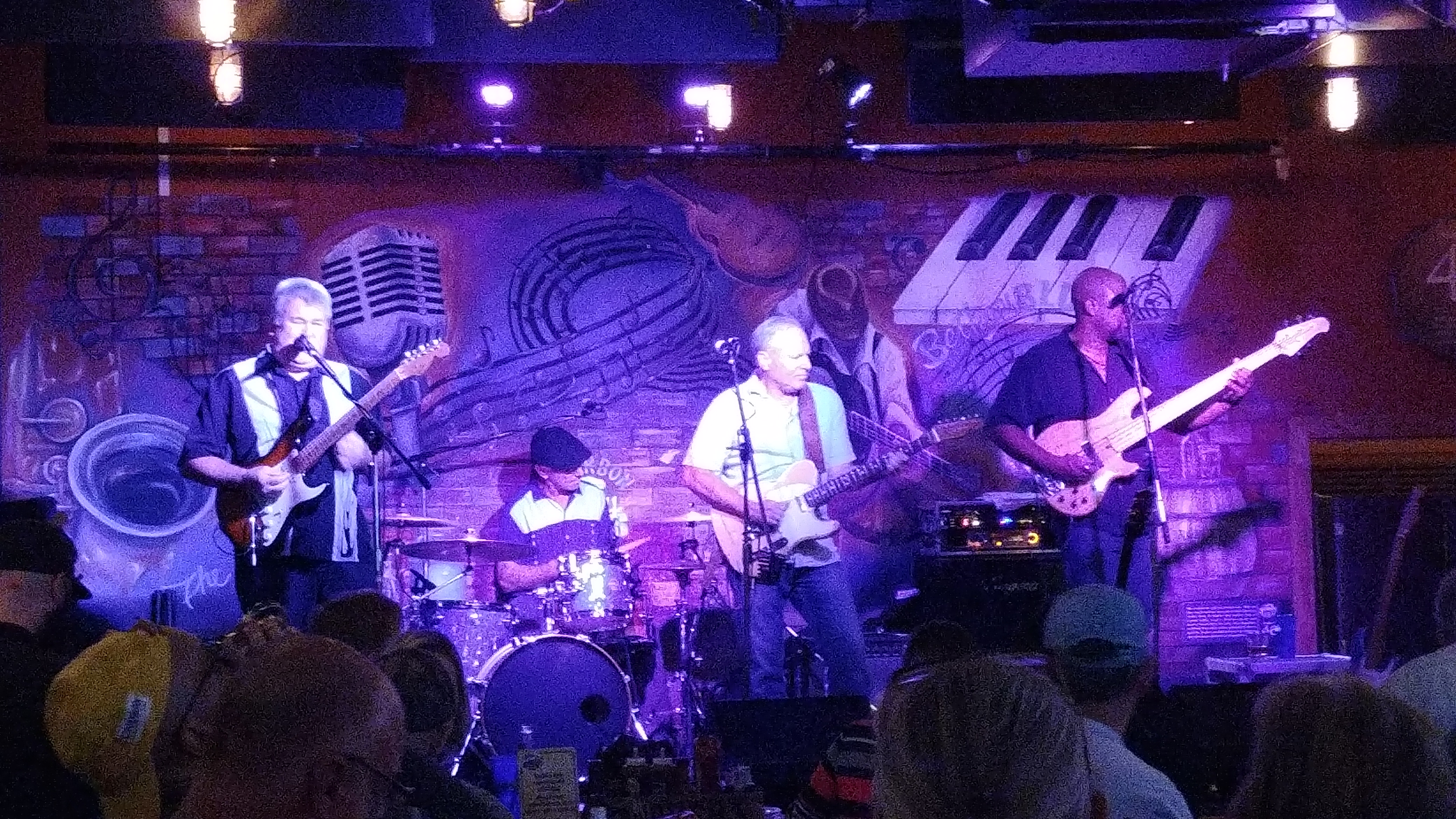 There are many, many hundreds of bands around the country who toil on a nightly basis playing other peoples’ songs. But the ones who stick out in your mind are the ones that play things you may not hear every day and play them well – or, they play a song you don’t know too much about and make it entertaining. The point where I decided to make this a post was the latter. 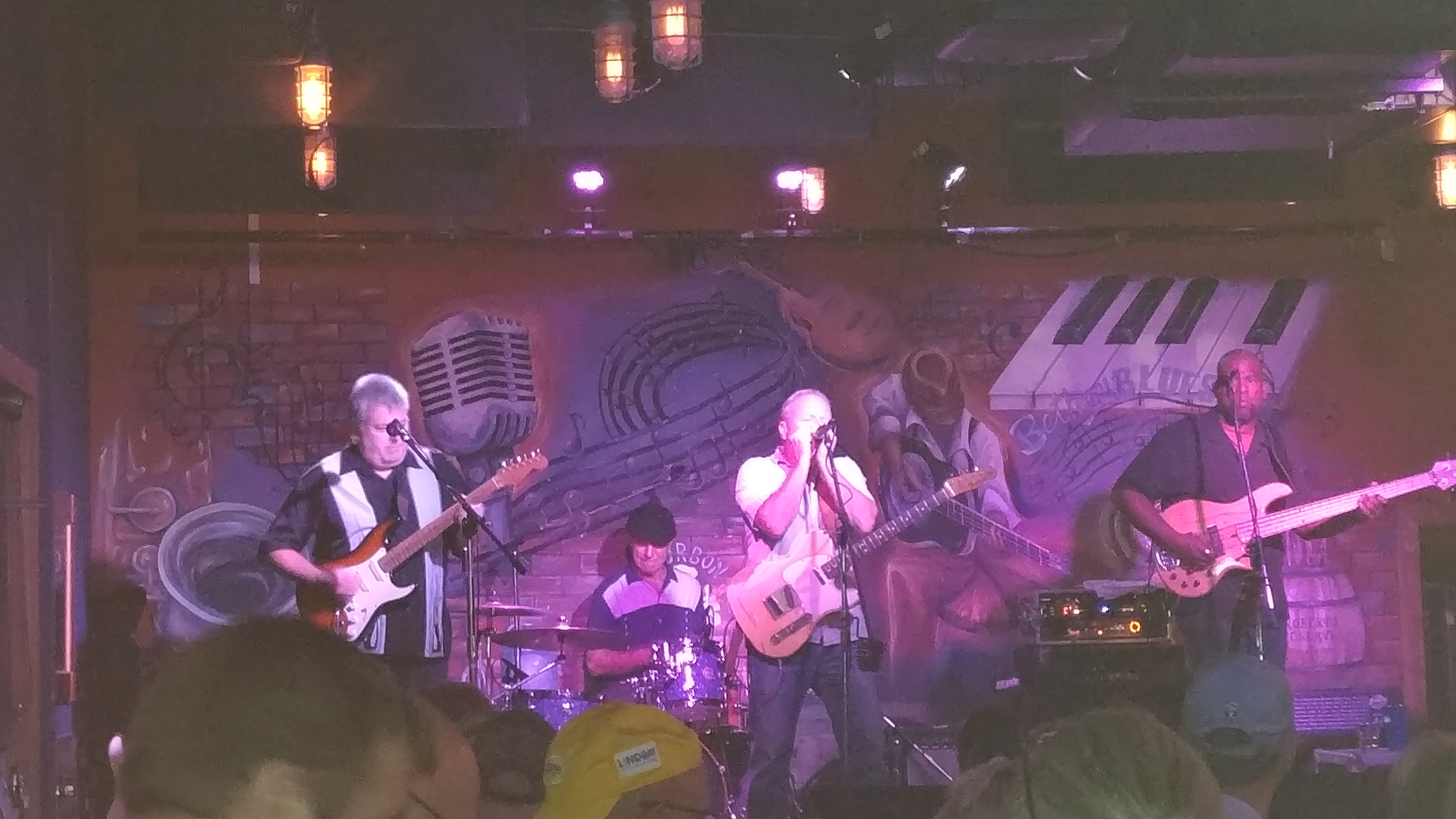 In the seldom-played depths of my CD collection is the second release from BulletBoys, called “Freakshow.” (That was the follow-up to the self-titled debut with Smooth Up In Ya.) On it is a song called Talk To Your Daughter which, as I rapidly figured out from the fact these guys were playing it, wasn’t written by them. (It was written in the 1950s by blues guitarist J.B. Lenoir.) There are literally thousands of songs out there like this a band could adopt as their own, and NBT took a few for themselves. Hey, if George Thorogood can do it…actually, there was someone there last night with a GT shirt on. 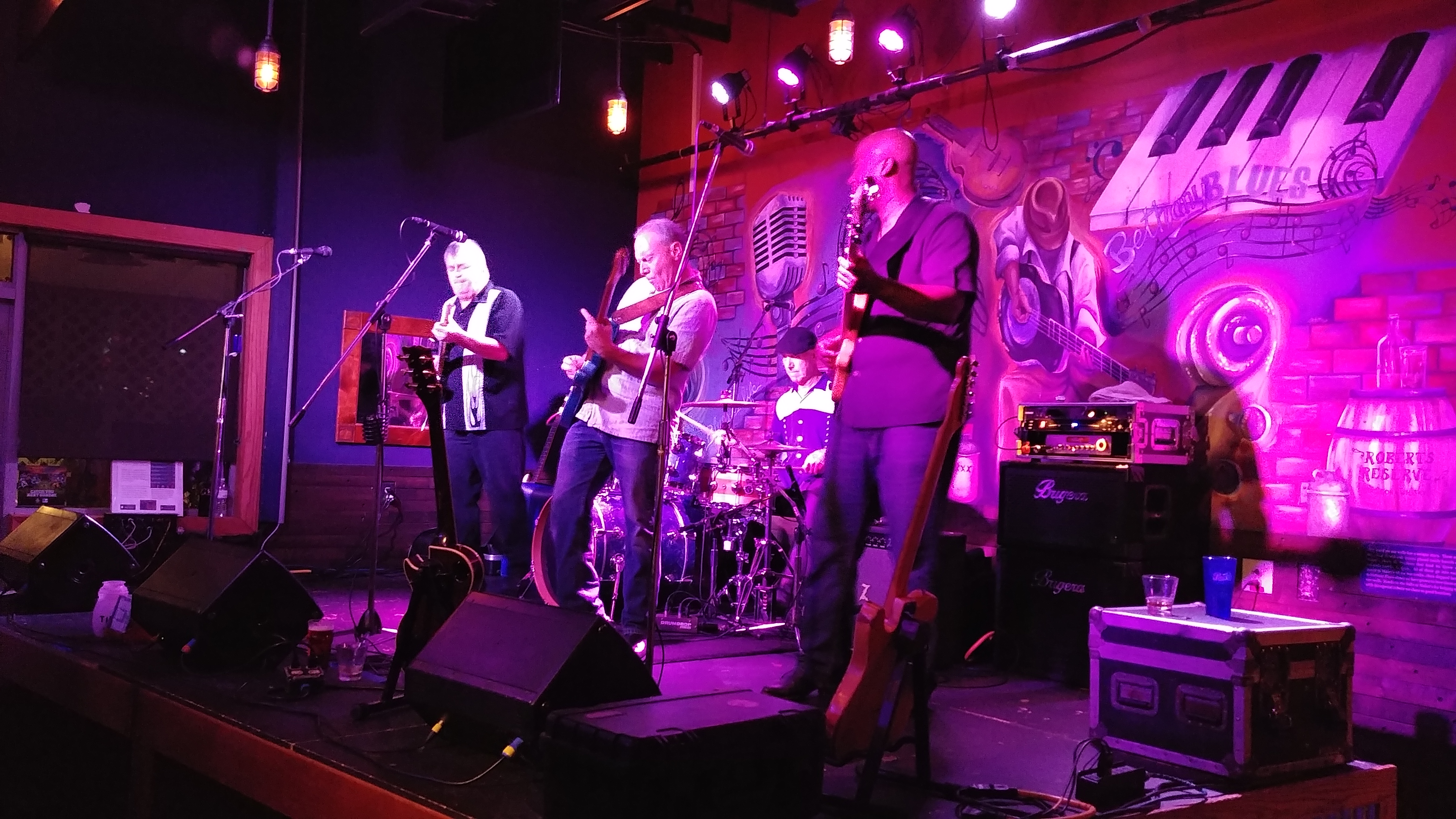 Then when they sang one of my favorite opening lyric lines in rock: “I pulled into Nazareth/I was feelin’ ’bout a half past dead” (a song from The Band called The Weight) I figured this would be an enjoyable evening. A late dinner turned into most of their three-hour scheduled gig with no break and songs like Crossroads (with a slow-tempo open), Folsom Prison Blues interlaced with Man Of Constant Sorrow, Papa Was A Rolling Stone, Pride And Joy, and so forth. No doubt: these weren’t paint-by-numbers renditions.

So count me in as a fan. And Kim said afterward “I wondered if you would like that type of music.” Well, since rock and metal are predominantly blues-based, of course I would. They’ve been stealing the chords and progressions for a half-century or more. 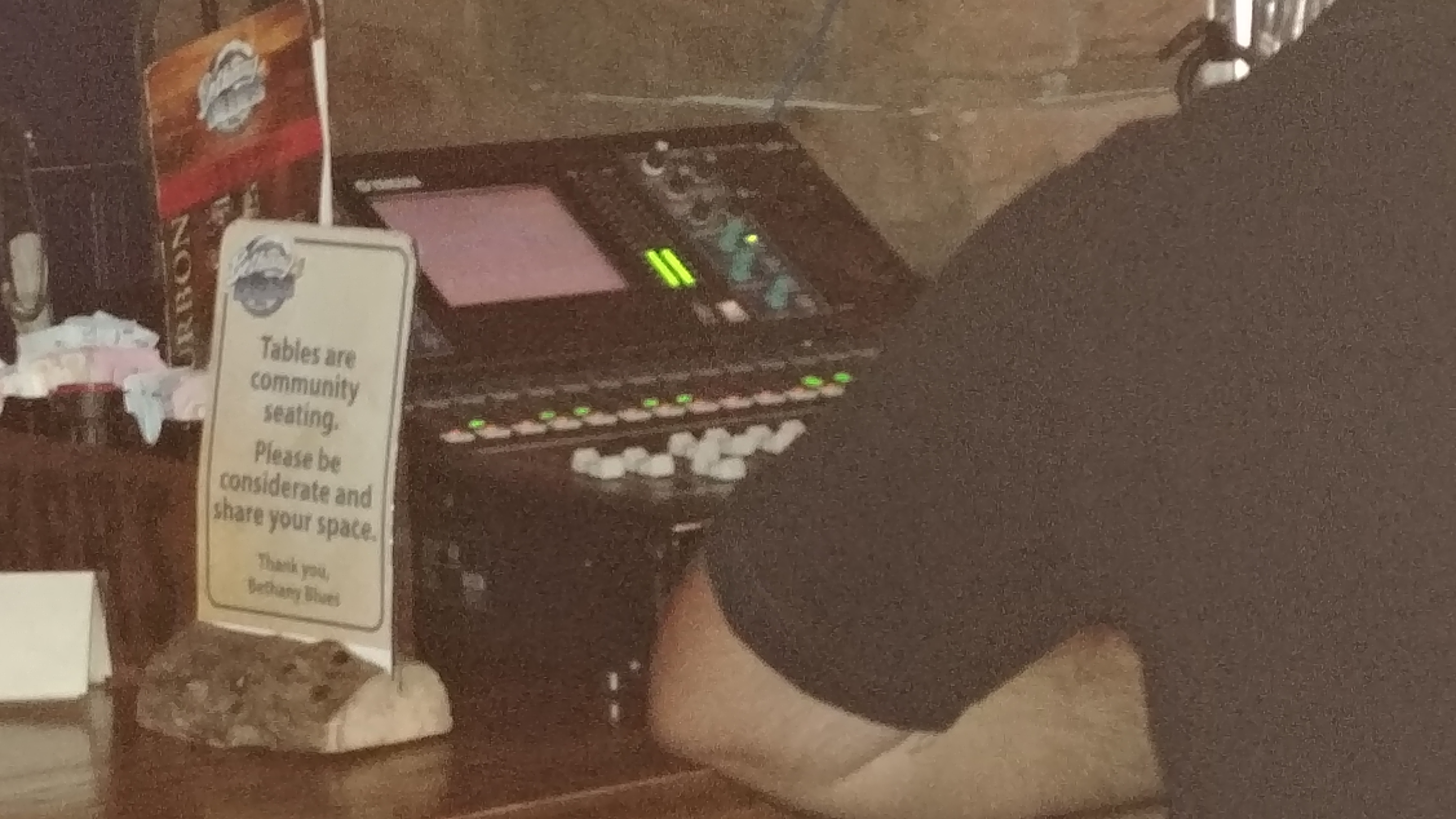 I don’t know if this belongs to the venue or the band, but the sound was well-done. It was audible but you could talk at your table without screaming, and we were basically 40 feet from the stage. They had a series of ceiling-mounted acoustic dampeners which helped because the place is pretty much hard-surfaced otherwise.

The other selling point to Bethany Blues? 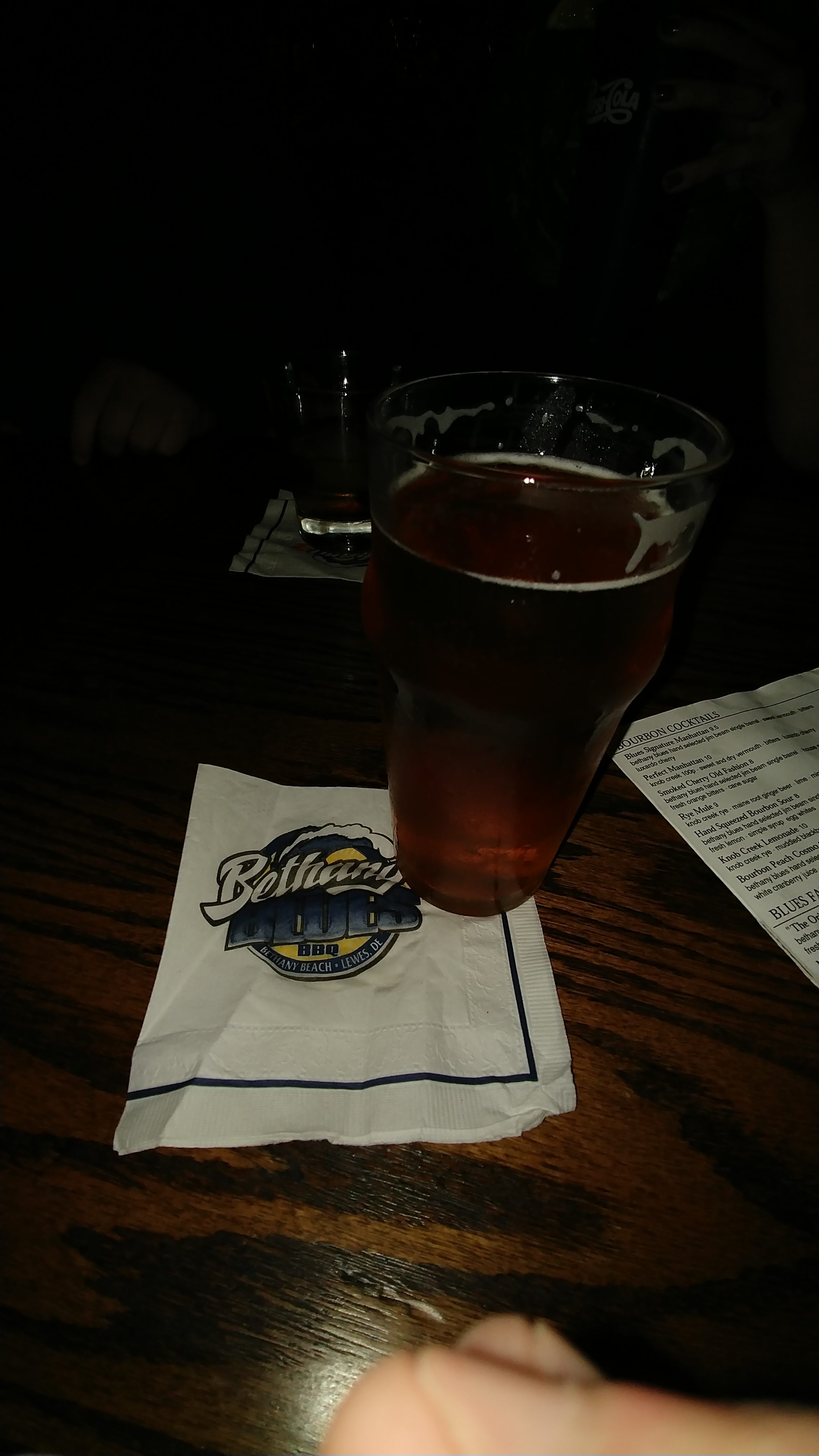 As I pointed out on social media, any place that has 16 Mile Blues Golden Ale on tap is a winner in my book. The food was good, too.

So who knows? Maybe I won’t go a year until my next installment – although, in the interest of full disclosure, my recent phone issues negated a planned post on bands at the Good Beer Festival last month.