After last year’s successful run of music reviews that culminated in a top 5 list at the end of last year, I have a full year’s worth of material to sift through. I decided to stay with a top 5 list as I did in 2014, but there will be a couple honorable mentions this year. It was tough to determine the best five out of a core group of seven so I added that extra little feature.

While my roots are in hard rock and metal, I’ve found that good music comes in a lot of different genres. It’s a diversity reflected in my list.

I want to begin with my two honorable mentions, which were both intriguing efforts from musical veterans: the self-titled “Delta Deep” that I reviewed June 27 and the final release I reviewed this year back on November 21, “Family Matters” by Billy Crain. I liked them both a lot because they proved older rockers can still put out good music while straying a little bit out of their comfort zone.

Both were good, and it was tough to exclude them from this group. Yet after going back through all the reviews and reminding myself why I liked these albums, here is your top 5 for this year.

This album presented something very unique as it combined the classic soul and rhythm and blues sound of the 1960s paired up with classic country. Neither are generally my cup of tea, but this was presented in such a way that I appreciated the musicianship and songwriting ability of this Oakland-based group. There are so many directions they can go with this sound, but here’s hoping the hipsters get to appreciate music as it used to be written and performed.

They enlisted the help of several big-name Bay Area players on the album, and with their assistance they put out a record that sets the bar high for future releases. 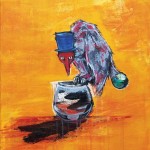 4. “This Book Belongs To” by The Liquorsmiths

Staying out in California, this album by an already-signed group seemed to me something that would translate well to a live show. Since I did the review in August, The Liquorsmiths did a short fall tour stretching from Oklahoma to the length of the West Coast so they’re beginning to see some success based on this album, which highlighted their intersection of folk and country music. There’s also the inevitable Dylan comparisons based on the vocals.

It wouldn’t shock me to see a full-length release from the band in 2016 as they begin to work their way up the alternative music ladder. As I noted in the review, the singer did five other songs as part of the deluxe edition so they have that base to begin from. 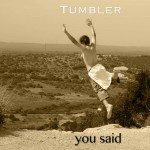 This album had one of the best backstories attached, as it was the outgrowth of family time spent by a middle-aged onetime touring musician who settled down, started a family, and turned his talents to playing in the family kitchen. Years later, with the assistance of one of his sons, we got this album.

The tales told in these songs range from the sweetly sentimental to the humorous, but it’s an album that appeals more to the adults among us who know what it’s like to raise kids and hope they maintain the values they were taught at home. Among those graces was a nice thank-you note from Richard Grace (the father) himself. (No pun intended.) I already knew the album had a shot at my top five but it was nice to let you readers know that, at least in this case, the artists read the reviews as carefully as I write them. 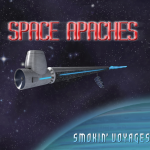 This is what happens when session musicians decide to have some fun. This album has a combination of crankable rockers and covers of songs you may have heard once upon a time but aren’t foremost in mind.

From start to finish, there were enough twists and turns that the album kept my interest. It was described to me as a psychedelic version of the Eagles but there was so much more to enjoy.

After all, with a cover like this the guys don’t take themselves too seriously. They don’t tour all that often but if you’re in that area and they have a show it is likely worth the time. 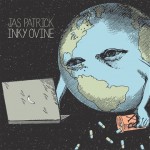 At the time I reviewed this, my computer situation was such that I had to put the tracks on my Dropbox to review this. They are still there, so if you couldn’t tell I’m still digging on this two months later.

Since I wrote the original review, and knowing how much I liked this album, I took some time to listen to his two earlier releases. Let me tell you that Patrick has hit his stride on this album. While his second release was a little better than the first, “Inky Ovine” was leaps and bounds better so I hope Jas can make the next one something that is a commercial success. And I hope his touring schedule brings him to Salisbury, Maryland sometime in the next year. (That’s my lobbying. Headquarters Live, make it happen.)

That, folks, is what I called the cream of the crop when I did this last year. I think that, for various reasons, I’ll end up with about the same number of reviews next year so hopefully good Lord willing and the creek don’t rise I’ll have a new top 5 next year and a tough time making those decisions.