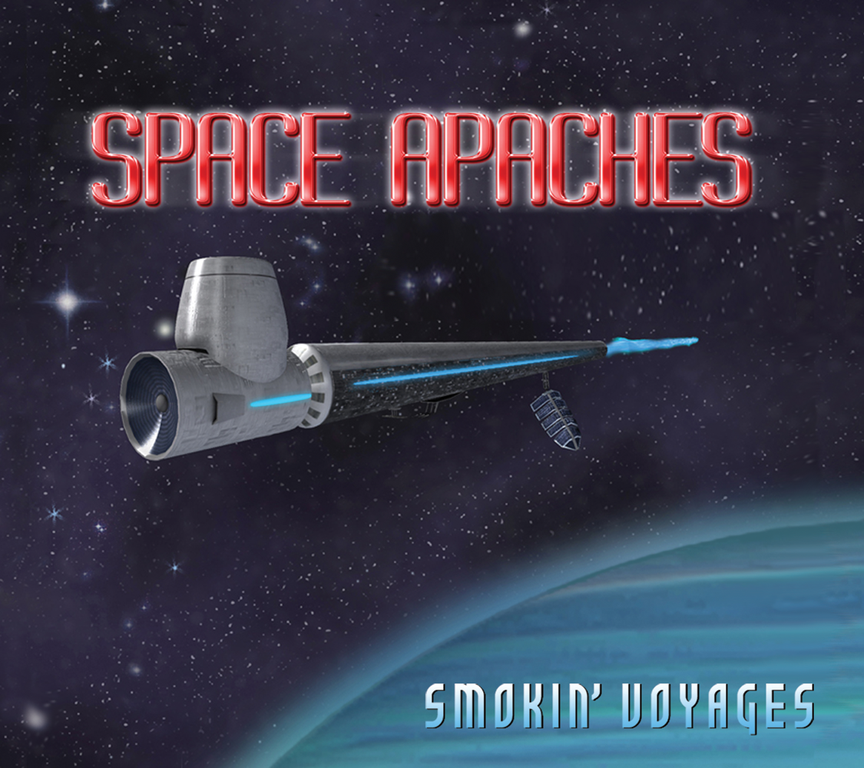 As the summer comes to an end this Labor Day weekend, the time for throwing the car windows open and cranking out the tunes is drawing to a close. That’s why it’s sort of a shame that this album won’t actually drop until October 9, when the days are starting to turn cooler. Once you get through the brief intro of Entry, the song Sunrise begs to be turned up.

I’ve seen the group described as a psychedelic version of the Eagles, and I suppose that conclusion could be drawn from the pairing of Empty and Desert Life on the first part of the album. Empty is a slower, more melodic tune than Desert Life, but both evoke that California sound with some additional keyboards.

Space Apaches is a group of studio musicians hailing from the Asheville, North Carolina area. As such, they play with a number of different performers and that may explain the interesting selection of covers they chose to include as some of the fourteen songs on the album. At least they added “Fox” to the “CBSABCNBC” chorus of the Larry Norman Vietnam-era song I Am The Six O’Clock News, also selecting the Mickey Newbury-penned chestnut from that era made famous by Kenny Rogers, Just Dropped In (To See What Condition My Condition Was In).

They also took their time to stretch their musical legs on the almost jazzy instrumental Breakin’ The Ice. It leads to the song they selected as the first single, Smile. The song is a little bit repetitive, but serves as a good intro to the group’s sound.

I think the second single, the keyboard-driven In My Mind, will be a better song for them. It will come out September 16.

Once they took care of the country-tinged and mirthful I’m On My Way To Feeling Fine, I detected more of a southern rock influence on the latter part of the collection. The rockin’ blues of Love Should Come Easy and Maybe use the piano to great effect, driving the back end of the album. That part of the album also has my favorite song from it, A Song For The Rest Of My Life, which I liked because the guitar riffs have the sound of classic Molly Hatchet to them.

Wrapping up the CD is another song made famous to many by a southern band. Although (Ghost) Riders In The Sky dates from the 1940s, most rock radio aficionados remember it as an Outlaws song. Space Apaches does it as more of a keyboard-driven tune, which is a nice twist to an old song.

Taken as a whole, “Smokin’ Voyages” was just a fun album to review.  If you like that country rock or southern rock, you may want to circle October 9 on your calendar so you can check this out.