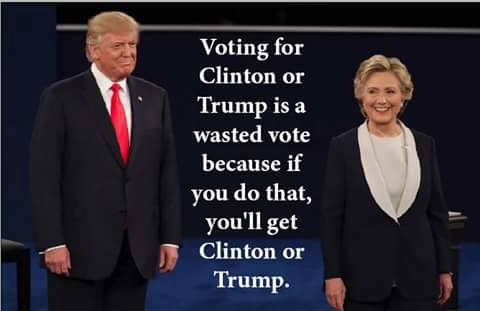 This is the first of what will be about a weeklong series on the five candidates I am considering for President.

Regarding education (and the other subjects henceforth) these are the actions and philosophies I am looking for, in five bullet points or less:

Here are what the candidates think on the subject. Most often the information is gleaned from their website, but I tried to cite when it came from another source. As a reminder, education is worth a maximum of five points on my 100-point scale.

Castle: “Education is a big problem. If I were president, the Federal Government would not be using the education system to corrupt our children. I want education to be local.

Every year we spend more money, and every year our kids seem to get dumber. Third World countries are beating us in math and science education, and it just gets worse and worse. We aren’t going to be able to change much if we don’t change how we educate our children.”

Constitution is silent on education, so it should be a state and local issue per Tenth Amendment. Would disband the Department of Education.

Would be in favor of Constitutional education in state and local schools.

Hedges: Free college for all, supported by taxpayers. “The Hedges/Bayes administration would assist each state in providing free higher education to all of its qualified citizens.”

Would fund retraining for displaced workers, paid for via tariff. (party platform)

Hoefling: “The government schools have become God-free and gun-free. So, they are now, quite predictably, spiritual, moral, intellectual and physical free-fire zones. If you have children there, find a way, make any sacrifice necessary, to get them out of there before they are led to the slaughter. What could possibly be more important?”

“What do children need? Before anything else, they need love. They need truth. They need protection from the evil that is in this world. Can government bureaucrats give them any of those things? Not really. As George Washington rightfully said, ‘government is FORCE.’ It’s not love. It’s not caring. Only parents, the ones who were entrusted by God with the duty to raise up their children to be good, decent human beings and honest, patriotic citizens, can provide that, with the help of a responsible, caring community, in cooperation with good teachers. That’s the primary reason I continue to advocate for T.L.C., which is True Local Control, of our schools. The financial, governmental reasons for these reforms are very real as well, but the primary motivator for me is the restoration of the love, the nurture, and the protection of our posterity.” (from Iowa governor campaign, 2014)

Johnson: Governors Gary Johnson and Bill Weld believe nothing is more important to our future as a country than educating our next generations.

Governor Gary Johnson worked tirelessly as governor to have a more substantive discussion about the best way to provide a good education for our children.

He did so while working with an overwhelmingly Democratic legislature and despite fierce opposition from powerful special interests. Knowing full well that the establishment would resist calls for change, he nevertheless advocated a universally available program for school choice. Competition, he believes, will make our public and private educational institutions better.

Most importantly, Governor Johnson believes that state and local governments should have more control over education policy. Decisions that affect our children should be made closer to home, not by bureaucrats and politicians in Washington, D.C. That is why he believes we should eliminate the federal Department of Education. Common Core and other attempts to impose national standards and requirements on local schools are costly, overly bureaucratic, and actually compromise our ability to provide our children with a good education.

Johnson and Weld believe that the key to restoring education excellence in the U.S. lies in innovation, freedom, and flexibility that Washington, D.C. cannot provide. (campaign website)

McMullin: The strength of the economy tomorrow depends on the strength of education today. In our high-tech economy, finding a good job depends more and more on having a good education. While our country has some of the world’s greatest universities, millions of students finish school with weak reading and math skills. Going to college keeps getting more and more expensive, while drop out rates are rising.

Evan McMullin believes that by empowering families and communities we can make sure that every child in America has access to a high-quality education. Mandates from Washington are not the way to reform education. The Obama administration’s heavy-handed effort to impose Common Core standards has demonstrated the need for a different approach. Meanwhile, federal loan programs are driving up the cost of a college education while poorly designed regulations prevent the emergence of new options for students.

American students have benefited greatly from a tradition of local control and decentralization for schools. However, there continue to be many poorly performing schools even in cities with very high levels of per-student funding. For example, New York City spends more than $20,000 per student, while Boston and Baltimore spend $15,000.

In struggling school systems, charter schools have become a powerful engine of innovation because they are not weighed down by the intrusive regulations that burden so many traditional public schools. Not every charter school succeeds, but charters as a whole are finally giving meaningful choices to parents whose children were once condemned to failing institutions. Still, access to charter schools is insufficient; right now, there are more than one million children on charter school waiting lists.

Students who do not have access to charters should have the option of vouchers that enable them to attend schools further away. By showing that schools cannot afford to take their students for granted, these alternatives should foster a healthy competition between schools to provide the best education.

Without great teachers, there can be no great schools. The teaching profession continues to attract hundreds of thousands of the most committed, caring, and talented college graduates. Schools should not hesitate to reward teachers on the basis of merit, in order to ensure that they stay in public schools. There also needs to be greater accountability for the small number of teachers who fail in the classroom or even abuse their students. Regrettably, teachers unions continue to protect these few failures instead of focusing on what is best for students.

Schools also need high standards to ensure that every student gets a first-class education. Common Core began as a state-driven effort raise the bar for K-12 education, yet the Obama administration used to federal funds to compel implementation. Rather than accept criticism, the administration sought to brand Common Core opponents as ignorant or worse. A believer in empowering both local and state government, Evan opposes Common Core and the heavy-handed effort to force it on hesitant communities.

Finally, Evan is a strong supporter of the right to educate one’s children at home. He would encourage states to make sure that home-schooled students are able to participate in school sports and electives so that all students are able to benefit from these activities.

Going to college or getting advanced training after high school is the surest path to a good job and a middle-class lifestyle. However, misguided federal policies are only increasing the number of students who leave college without a degree while being saddled with heavy debts.

By handing out more loans, grants, and credits in response to rising tuition, the federal government signals to universities that Washington will pick up the tab for runaway cost growth. Even worse, the government doesn’t hold universities accountable for students’ graduation rates or ability to repay their loans. To make sure that universities have skin in the game, they should have to repay a portion of the debt incurred by students who fail to graduate or default on their loans. To ensure that interests rates remain reasonable, the government has tied them to the yield of 10-year Treasury notes while capping the maximum possible rate at 8.25 percent, a policy that Evan supports.

Prospective students also deserve to know more about the institutions to which they apply; however, a 2008 law prohibits the federal government from collecting the information these students need. For example, students should be able to compare the graduation rates, post-college earnings, and loan default rates for different programs at a wide range of universities.

Prospective students also deserve more and better choices in the field of post-secondary education. In addition to two- and four-year colleges, students should have access to high-quality technical schools, online programs, and work-based learning in the private sector. However, the current model of accreditation makes it extremely difficult for students at non-traditional programs to qualify for federal aid. This prevents competition, which means that traditional colleges and universities don’t face any consequences for cost growth or poor student outcomes.

The principles of education reform are the same for K-12 and higher education. Students and families should have more choices. Schools should have high standards and be accountable for students’ performance. State and local governments should lead the way, while intrusive and misguided federal interventions should be rolled back. That is Evan McMullin’s vision for an education system that prepares American students to succeed in the economy of the future. (campaign website)

There is a direct contradiction with Jim Hedges, who advocates free college while his overall party platform dictates a return to the states. For that reason, I cannot give him any points. 0 points.

As time goes on and I hear more from Tom Hoefling, I think I would have more to go on than I have to date. One problem is that most of the educational philosophy I’ve found is from his run for Iowa governor, which is a completely different scope. I think he would be similar to Castle, but for now I can only give him partial credit compared to Darrell. 2 points.

Gary Johnson has a very good philosophy on education insofar as eliminating federal involvement, and adds the school choice element. I will give him 3.5 points.

While he brings up a lot of good points, the problem I have with Evan McMullin is that he still advocates for federal-based solutions. Regardless of how you reform things at the federal level, the fact that a federal level remains means we will be combating the same issues in 20 years once bureaucracy grows back. 1 point.

Next topic will be the Second Amendment.