I’m actually a week overdue on this one, because I meant to post this the weekend after the Delmarva Chicken Festival. Hopefully Tom Larsen and his Lookin’ for Trouble band don’t mind the wait. 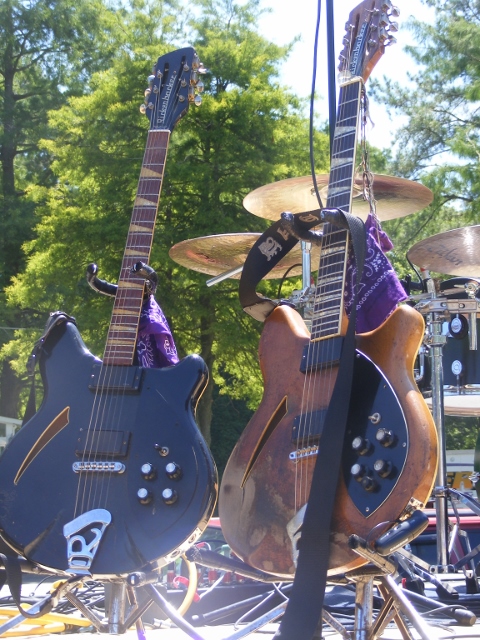 As I found out later, this was a special reunion show for Tom, bassist Elwood Bishop, and drummer Keith Brooks. 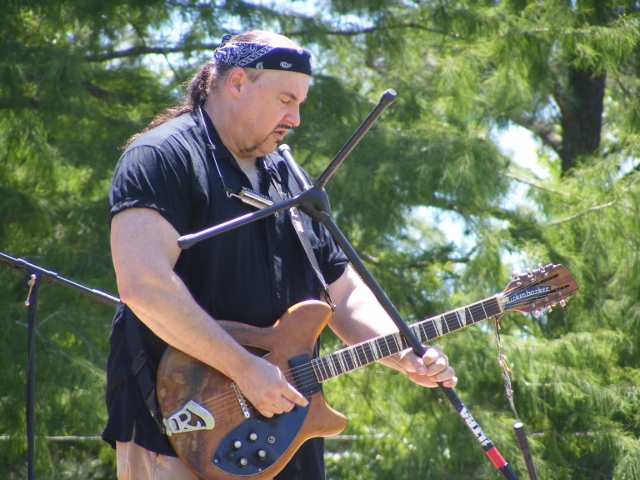 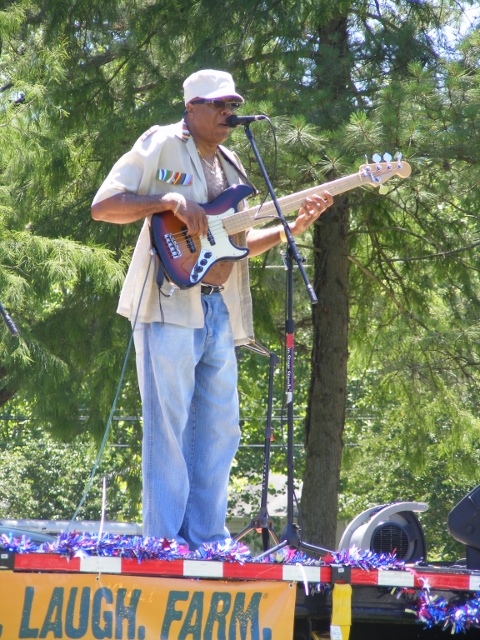 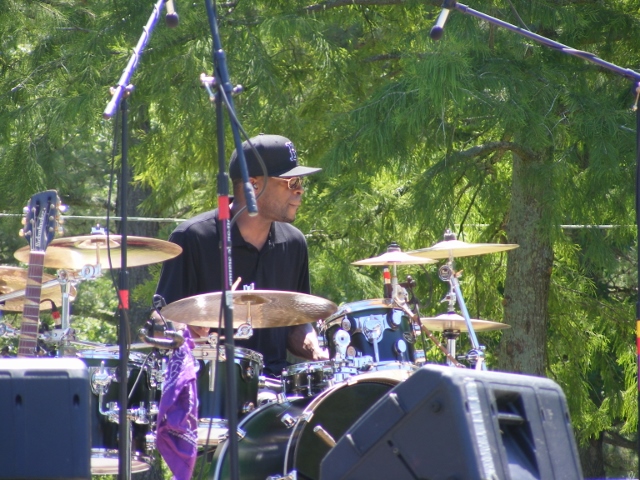 Of course, I expected them to play a lot of blues because I’ve seen TLB close the Good Beer Festival for both years since its inception, and probably here and there at similar events as well.

He even brought along his merchandise table. 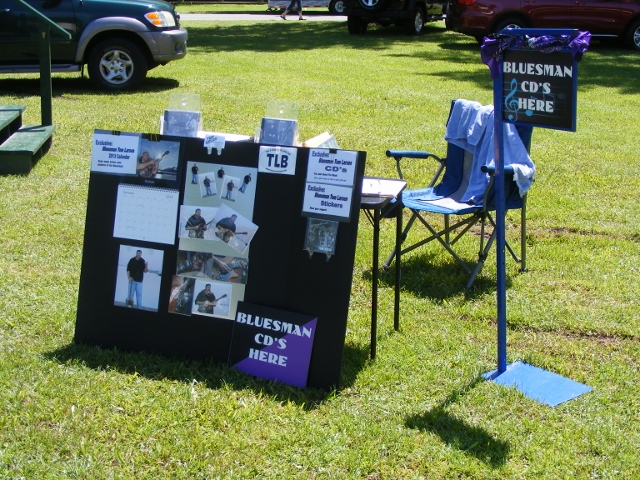 But his show was a little different, as he had a lot longer time slot – or so he probably thought. This was when Larsen and his band started rolling. 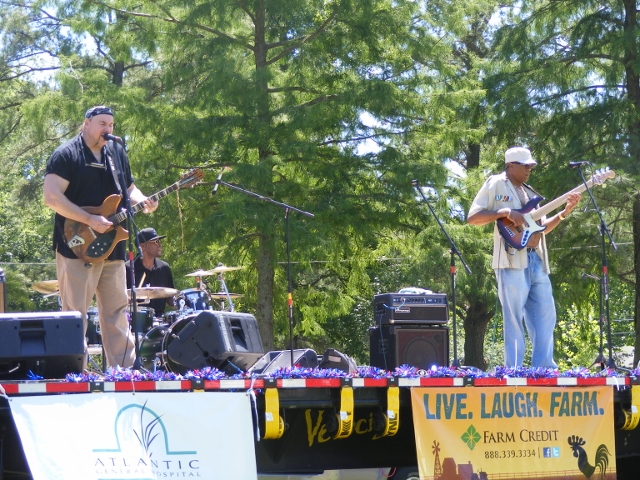 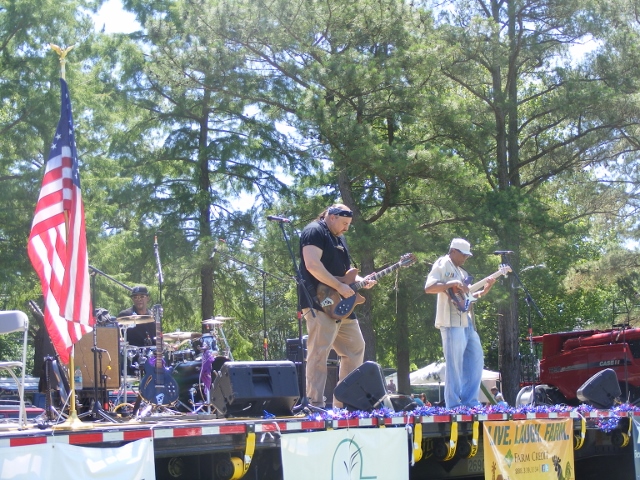 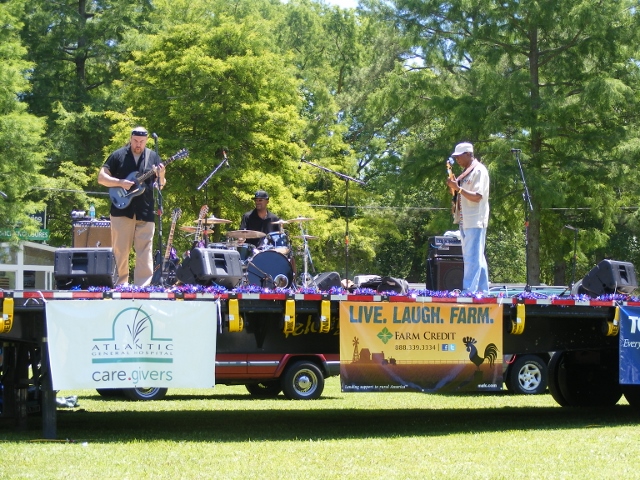 About four or five songs in, his band had to take a break because there was a competing event across the way – the Worcester Children’s Theater show I alluded to in my main coverage. So they were sidelined for a good 45 minutes or so before resuming.

But resume they did, and shortly thereafter Tom found he had a young fan. 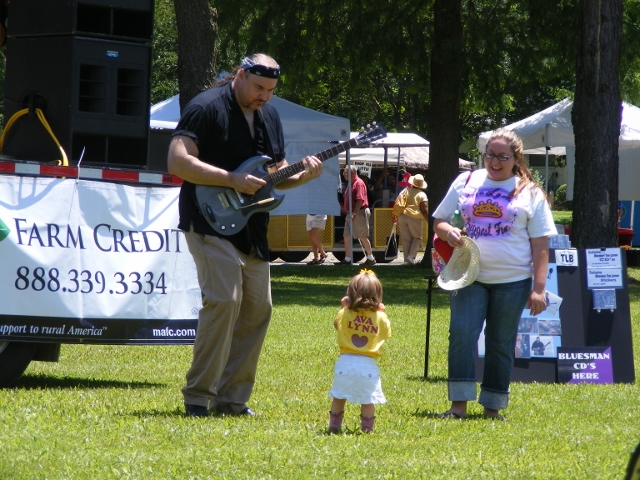 Those who were there also found out Tom can make almost anything work for a slide guitar. 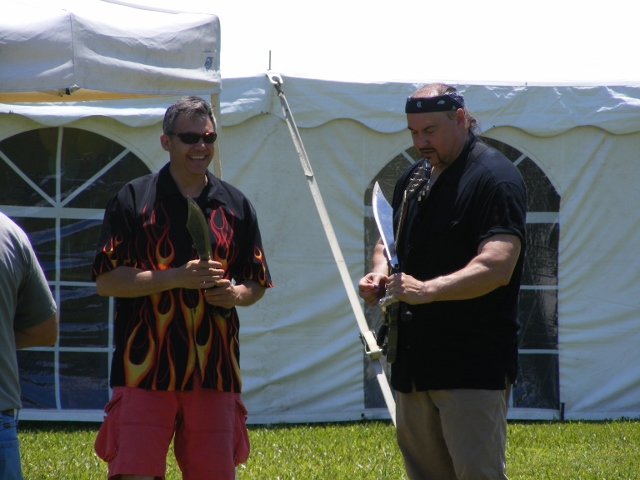 I’m sure Cascading Carlos can work that into his act.

But above all, it looked like Tom and the band were having fun up there, playing a lot of original music to boot. 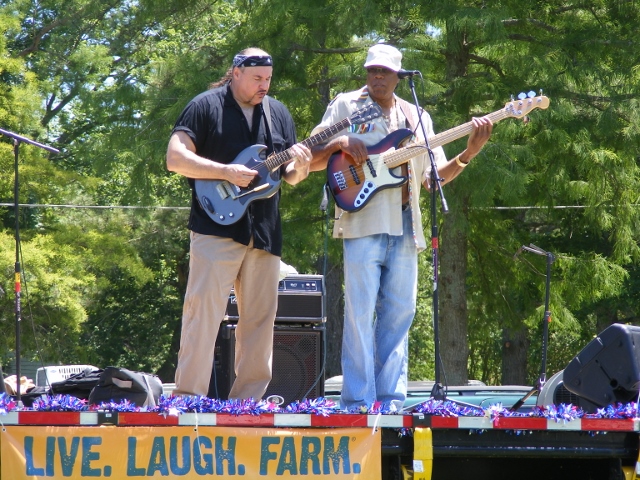 While he doesn’t play in the area all the time – Tom goes up and down the East Coast with some regularity – those who are fans of the blues locally should know who he is and where he plays. The folks at the Chicken Festival were treated to a doggone good show.