There are certain things Congress is supposed to do, and creating a budget is one of them. But on the very day President Obama delivered the State of the Union address, we “celebrated” an ominous milestone:

It didn’t take the House long to do its job, but the title of the “do-nothing” Congress belongs to the Senate. While gridlock can be a good thing in a lot of instances, not performing their Constitutional duty is inexcusable. 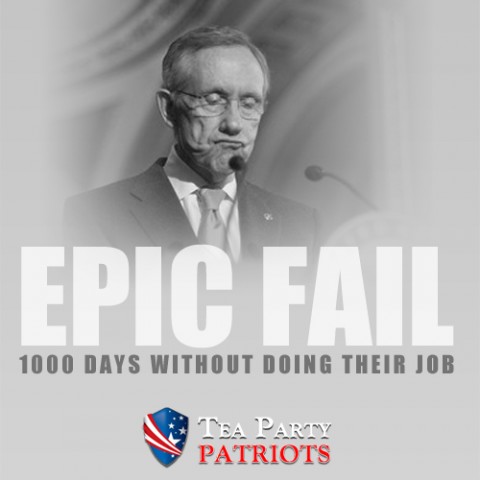 The House did their job, so tell the Senate to do theirs. We’re always being asked to compromise so now it’s their turn.

And if they don’t, perhaps it’s time to elect some new Senators who would work more closely with a Republican house. A few good candidates come to mind, none of them named Ben Cardin.