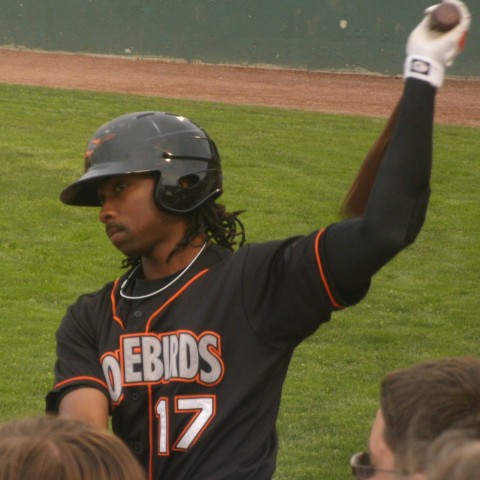 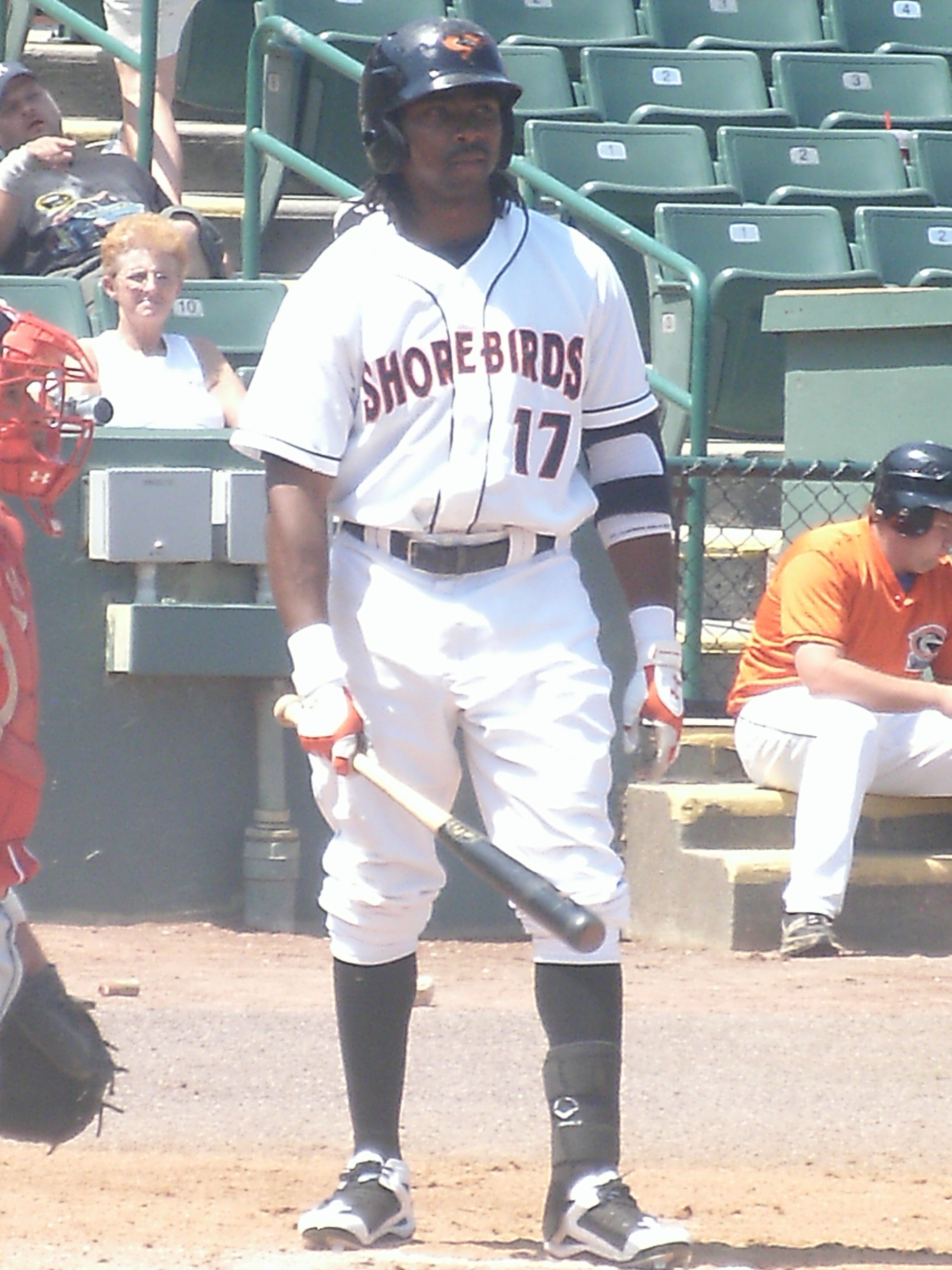 At 23, Kieron Pope is at a career crossroads.

In his second tour of duty with the Shorebirds after a devastating leg injury at the tail end of 2009’s spring training cost him over a season, Kieron needs to improve on his numbers from 2008. In a full season here he batted just .232/12/45 in 107 games, numbers which would probably doom a late-round organizational player.

But Kieron is a little more highly touted as a 4th round pick back in 2005 out of East Coweta High School in Gay, Georgia. Part of the scouting report Baseball America provided on him has been his story:

He has pro makeup to go with a pro body, working as hard on his game as any prep in the state. Pope has work to do, though, because while he has good hands, he swings and misses too much and lacks much of an approach at the plate. His instincts leave something to be desired. His arm is adequate and probably better suited to left field.

He did swing and miss far too much in 2008, fanning 139 times in 383 at-bats. Given that the four players picked ahead of him by the Orioles (Brandon Snyder, Garrett Olson, Nolan Reimold, Brandon Erbe) are all legitimate prospects and Pope is in his fifth season down on the farm this may be his last opportunity to advance.

But since being activated May 23rd, Kieron has finally began to look like the player the Orioles envisioned. In the 16 games he’s played since coming off the disabled list Pope is hitting .333 (21-for-63) with 3 home runs and 10 RBI. He’s still striking out with frequency (22 times) but half of that total came in his first 25 at-bats – perhaps he’s getting adjusted to live action now after such a long time away.

His tale will be told as the season evolves, since Pope has never hit better than .257 over a season (2006, split between Bluefield and Aberdeen) and his full season numbers in 2008 were not eyepopping. But if Pope can connect enough to maintain an average around .300 and keep hammering the horsehide out of ballparks around the South Atlantic League he could still be one of those late-bloomers who toiled in the minors for the better part of a decade before becoming established in the big leagues.