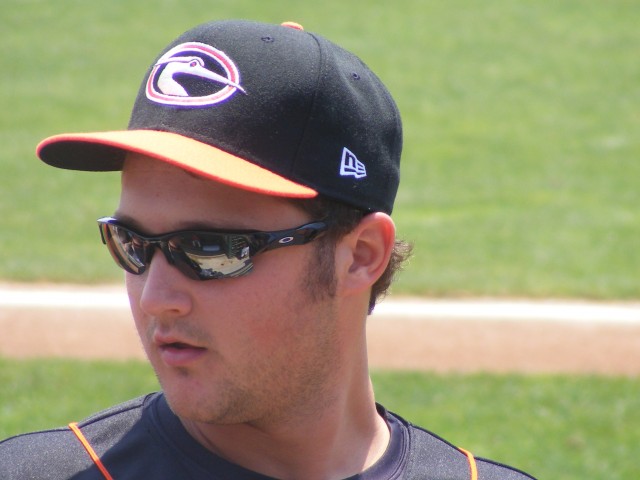 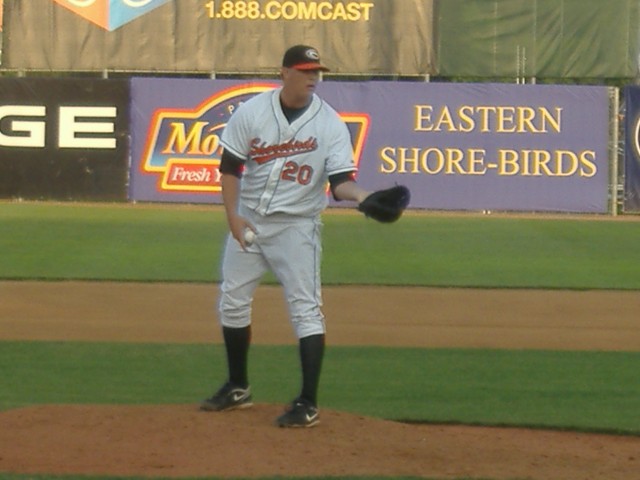 While some teams have to cling to a closer-by-committee system, you’ll find most good teams depend on one guy to preserve the lead in the ninth inning. Brandon Cooney is the choice for Shorebirds manager Orlando Gomez and this week’s SotW has been lights-out in the second half of the season, including his 14th save last night against Lexington.

Since the South Atlantic League’s All-Star break, Brandon has made 8 appearances and allowed but 2 hits in 8 1/3 innings, fanning seven. It translates to an absurdly low 0.24 WHIP during the stretch (compared to a league average of about 1.25) – in short, of late the game’s over when he comes in.

Cooney struggled early in the season, posting a 7.88 ERA and allowing 6 of his 13 walks for the campaign in April. Since then the numbers have improved markedly and overall Brandon has a 2-3 record and 2.78 ERA in 31 appearances covering 35 2/3 innings. Opposing batters are hitting .211 against Cooney for the year.

Brandon, who was picked in the 30th round of the the 2007 draft out of Florida Atlantic University, truly didn’t thrive as a pitcher in the pro ranks until becoming Aberdeen’s closer last season. He had 10 saves in 28 appearances there and is on pace to double that total this year with his first full-season club this year.

If he can stay healthy and improve as the season wears on at each of his future professional stops there’s no reason that Cooney (who turns 24 in early August) can’t be racking up saves in Baltimore someday. The SAL opposition will be happy to see him go.