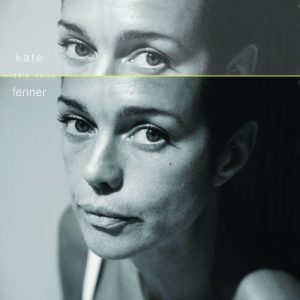 This relatively new release from Canadian-born, now New York-based Kate Fenner is aptly named if you recall as I do the old format called “middle of the road.” While she describes it as folk, it’s not so in the traditional sense, but more in the getting booed at the Newport Folk Festival for having electrical instruments sense. (There was a reason for that particular metaphor, as I’ll explain in a bit.)

To be honest, this is another album that misses the mark with me but only based on personal preference. When one likes active, somewhat forceful music, listening to an album that just quietly goes about its business isn’t conducive for holding interest or attention. Certainly it’s a well put-together album, as I found on second listen – a whole roster of studio musicians do a good job in adding their parts to the whole, including a horn section that plays on the tracks This Divorce, The Yield, A Marriage, and Fatal Fire.

“Middle Voice” is also one of the most lyrically complex albums I’ve reviewed in some time, (Returning to the reviewer being a fish out of water theme, perhaps Kate is the only one who would make a song based on a three-century old poem – Fatal Fire is inspired by and uses a passage from the Alexander Pope poem, “Eloisa to Abelard.”) Luckily I had a Bandcamp sample, which gave me the lyrics for most of the songs in this instance. It also leads to an interesting facet of the backstory in how the album came together: as she describes it: “The bed tracks of this album were recorded quickly with Tony Scherr at his studio in the three weeks leading up to an unnerving throat surgery in October of 2015.” Kate was worried about the off chance that she couldn’t sing again, so this was at first done for posterity’s sake. After her successful recovery, she finished whatever vocal parts she felt needed touching up and the rest of the album came together over the next two years.

Out of eleven fairly lengthy tracks – the compilation runs a few ticks short of fifty minutes – Kate wrote nine of them. The two cover tracks were interesting choices: You’re A Big Girl Now is a deep cut from Bob Dylan – the artist booed at Newport – found on his 1975 album “Blood On The Tracks,” while the final song on “Middle Voice” is the 1973 George Harrison tune That Is All. Being of a certain age, with over three decades in the business, this is an homage to the music Kate grew up with and That Is All gives a nice fade to the album.

But it’s not like she’s retired, as Fenner regularly performs in the New York area and last year joined other musicians in a brief Canadian tour. And while the album is available for a listen on the dreaded Spotify, you can get a flavor of it from this video of The Yield.

I cheerfully admit this isn’t one which would go into my collection, but only because it reminds me too much of that old “middle of the road” format which was not my type of background music. But if you’re into what’s now euphemistically called “adult contemporary” you could find a new favorite here, because to have stuck around so long in the music business shows Kate has the talent to do so. I just wish she had gone in a different direction with the album cover, since it’s one of the most jarring and disconcerting I’ve run across thanks to that split image.

Like the rest of “Middle Voice” there is perhaps an artistic reason for the image that a simple rural kid from Ohio like me just doesn’t get.