Unlike months past, this time I’ll dispense with the preliminaries because next week will bring a full season review for the 2017 campaign. So instead let’s go straight to a look at my final honorees, who both get the award for the first time. 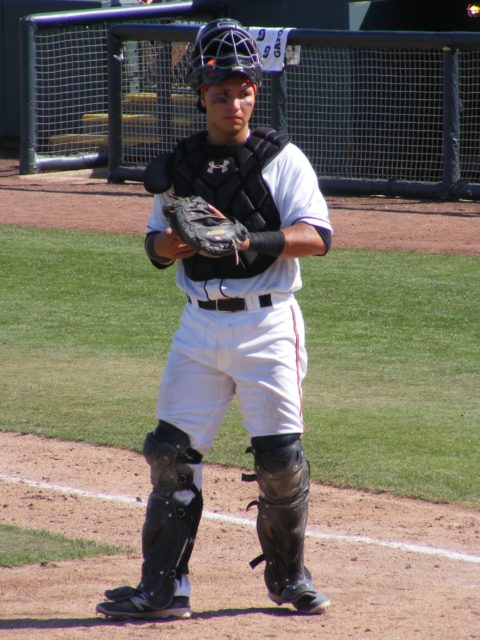 We’re going to begin with a player that definitely stepped up the pace in the season’s final month compared to his previous performance. My August (and September) Position Player of the Month: Catcher Daniel Fajardo, who settled in with a shifting cast of backups and put together a great month of August. His .314/0/8/.774 OPS slash line for the month was among the team leaders with previous honorees Ryan McKenna and Cole Billingsley, but Fajardo also proved to be a good defensive weapon with his arm by nabbing 9 of a potential 17 base stealers. (For the season Fajardo caught 44% of would-be thieves.)

Overall, Daniel finished the campaign with a .240/1/24/.568 OPS slash line in 67 games with the Shorebirds, although his time here was interrupted by a spot start for Norfolk on May 3 (where he went 1-for-4 at Charlotte at a time where he was Johnny-on-the-spot – the Tides had a need and the Shorebirds were in the midst of a southern swing to Columbia and Charleston, SC) and another brief stint with Frederick from May 19-22 – there Fajardo went 2-for-13 in 4 games.

The 22-year-old Fajardo is a veteran of six minor league seasons, as he was signed at the age of 16 in September of 2011 and left his native Venezuela the next summer to catch in the Dominican Summer League. Two seasons there led to a promotion to the Gulf Coast League for the 2014 season, and he played there most of the next two seasons (with the exception of 2 games at Frederick in 2015.) Last year he moved up to Aberdeen as a backup catcher and this year served as somewhat of an organization player with the two brief departures from the Delmarva roster. Over the last two winters he’s also done spot duty in his native land, playing for La Guaira in the Venezuelan Winter League.

One thing that sets Fajardo apart from many of his teammates is the fact, based on his lengthy service time in the minors, that he would have to be protected on the Orioles’ 40-man roster if they wanted to assure themselves of keeping him. It’s not likely the Orioles will do so, thus it’s possible another team may take a flyer on him in the minor league portion of the Rule 5 draft. (Unlike the major league portion, where a player has to remain on the 25-man active roster or be offered back to the original team, those picked in the minor league portion can be assigned to any minor league affiliate. So a team selecting Fajardo could ship him to the high-A level where the Orioles would likely send him.)

Fajardo, McKenna, and Billingsley were the best of a mediocre lot of hitters for the Shorebirds, who faltered in early August and fell well off the playoff pace. On the other hand, I had a difficult time deciding the Pitcher of the Month as several had a legitimate claim, including two-time honoree Alex Wells and swingman Cody Dube. But my final decision came down to a razor-close debate between lefty Tyler Erwin and righthander Kory Groves.

This was one that came down to expectations, and the fact he was recovering from a lost 2016 tipped the scale to Kory Groves. 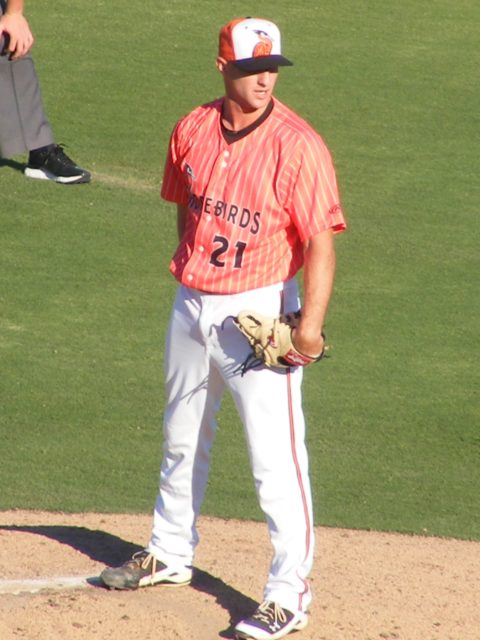 In August and September Groves made a season-high 10 appearances covering 19 innings. In those stints he allowed just 13 hits (for a .197 average against) and 6 runs (4 earned) which translates to a 1.89 ERA. Striking out 14 while walking just one, Groves gave up just 2 earned in his last 7 outings. The only blemishes on his record were losses to Kannapolis and Hagerstown, right around the end of a stretch where Groves was pitching 3 or 4 innings at a time – he thrived in shorter 1 or 2 inning outings as the month wore on.

Because he lost that season to injury and came from a small, unheralded school (Cal State – Monterey Bay, which has had just 4 players drafted from the program and none since Groves in 2015) Kory has worked his way from being just a 34th round pick to this point. But having just celebrated his 25th birthday Saturday, it’s more likely Groves will be pitching for his very career in spring training if the Orioles don’t decide to move on from him over the winter. Such is often the fate of a late-round selection, and especially one whose numbers don’t seem to show him as a power pitcher (just 6.2 strikeouts per 9 innings is one of the lowest rates on the team.)

However, Groves did put up one of the better WHIP numbers on the team and was reasonably effective in short outings, so he could be one of those late-inning guys at Frederick next year. And for this month he was about the best the Shorebirds had to offer on the mound.

As I noted up top, next week I will do my season review and track the players selected as Shorebirds of the Month, with the following week devoted as always to picks and pans from a fan. So September will bring a flurry of Shorebird activity before its hibernation until December when I add at least six players to the Shorebird of the Week Hall of Fame.

One thought on “Shorebird Player and Pitcher of the Month: August 2017”