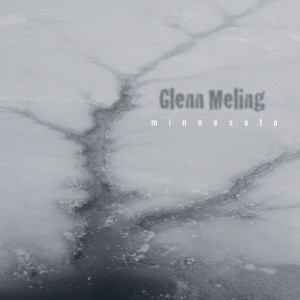 This is an intriguing concept album.

Glenn Meling is an Oslo-based singer and songwriter whose vision with this release (his first in seven years and third overall) was to commemorate the 800,000 Norwegians who came to America in the 19th and early 20th centuries, many of them settling in Minnesota. As it turned out, the nine songs on the album range from the celebratory to the subdued, but mainly manage to hew closely to a pop-rock vibe with the exceptions of the piano-based ballad Far Away From Home and The Good I See In You, which I found quite mournful. The problem with Far Away From Home is that Meling doesn’t seem to have the voice to quite execute the song to its potential. The idea works better with the title track, which is still rather mellow but quite effective; however I thought the best example of this brand of song was The New Day, the penultimate song on the album.

In the mid-section of the album Meling gets into more of an upbeat, almost funk-based pair of songs with America and Secret Flower, where the horn section is put to good use.

To me, though, the best examples of Meling’s work were the straight-ahead pop-rock songs that employed just the right amount of harmony in them. These bookend the album, with Alive opening up the set with its fuzzed-out intro shifting to an upbeat song. It rolls over into Brother Jonathan, which is the single. It gives you somewhat of a taste, but I may have gone with the closing track Free as the single because to me it was very reminiscent of something U2 may have done then locked away in a vault someplace to be released as the lost song on a greatest hits album.

I have to admit that I was more lost on this one with my initial listen, but Minnesota grew on me the second time through. I think the concept and idea is sound, but there were a few minor flaws in the execution – maybe it’s a better album with a bit more polish as a long seven-song EP than having the full concept on nine. But take a listen to Brother Jonathan and project it out to the other songs; perhaps this one may grow on you, too.