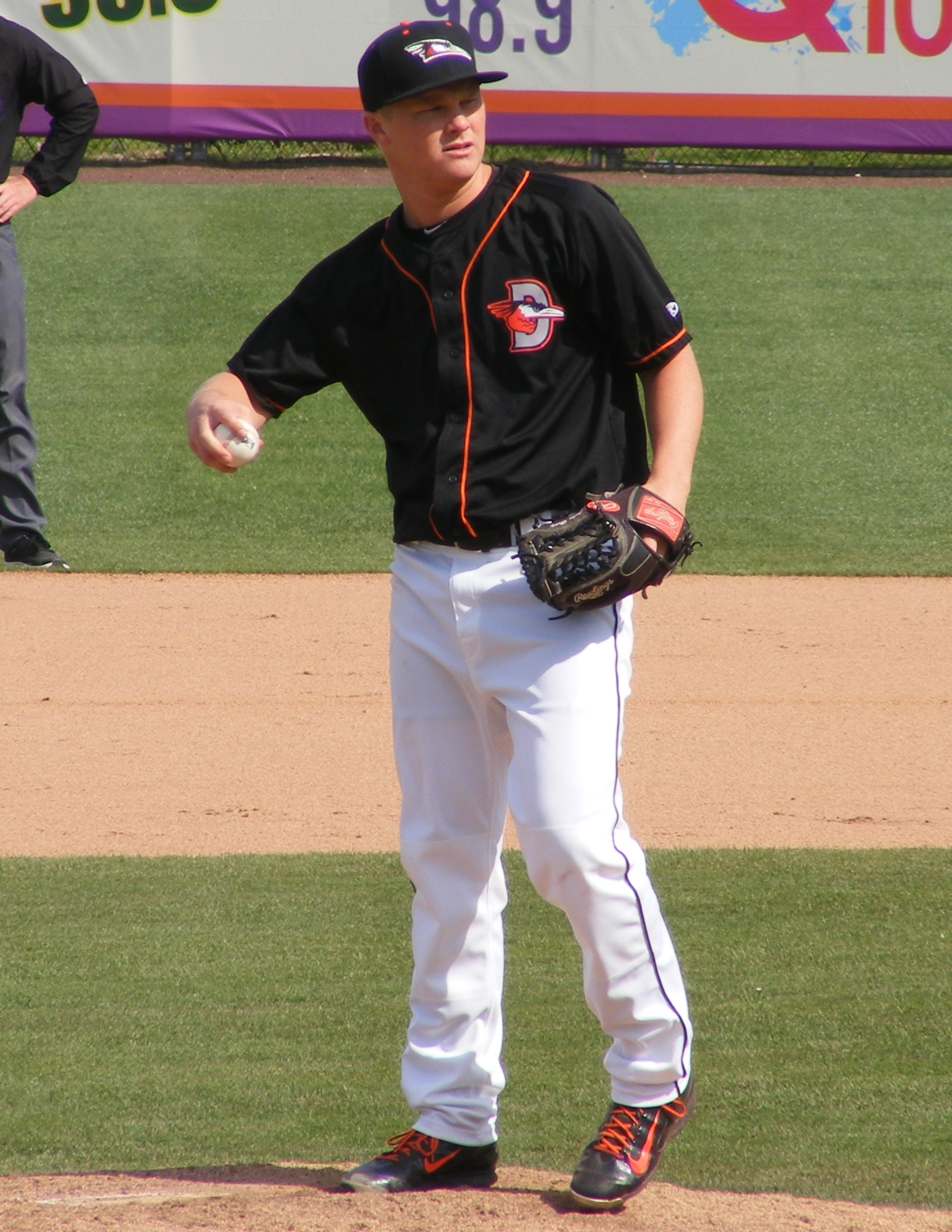 Returning to the Shorebirds’ fold after a trip to the disabled list and month-long reassignment to Aberdeen, Jake Bray picked up pretty much where he left off by tossing two scoreless innings against Lakewood on Monday.

Injuries such as the oblique strain that kept Jake out for 6 weeks are, unfortunately, nothing new for him. He got off to a promising start after being a 12th round pick in 2013 out of California’s Feather River College with 12 solid GCL innings but was out for the entire 2014 season. Bray basically had to start all over in 2015 and did so impressively, with matching 0.87 ERAs at both the GCL level (20 2/3 innings) and Aberdeen (10 1/3 innings.) Even more eye-popping is 11 career walks in 66 innings pitched – in his first 24 pro appearances a walk blemished his linescore just twice, in 2015. (Bray allowed zero walks in 2013, in 12 outings.) One can argue that he’s strictly a one- or two-inning relief pitcher so walks are minimized in those situations, but thus far Jake has managed to have good control yet not give up a lot of hits. (49 in 66 career innings – so his career WHIP is under 1.)

So in recovering from his latest setback down in Aberdeen, Bray had some uncharacteristically high numbers, such as a 5.06 ERA in eight appearances there. Much of that damage, though, came in one bad outing July 23 (4 ER in 1 1/3 innings.) Here with Delmarva Bray has managed to keep his numbers in line with his career means, with a 1-0 record and 1.46 ERA in 9 appearances covering 12 1/3 innings. SAL batters are a little more selective, though, as Bray has allowed five walks in that span (but no more than one in any appearance.) However, Jake has given up only 9 hits while striking out 14, so his stuff is still playing well at this level.

Bray will turn 24 over the offseason, and it’s unfortunate the injury bug got him again because this level seems to be a good test for him. I think there may be some more innings in store for him post-season in the instructional league – he’s probably not quite ready for the Arizona Fall League, but that could come next season if he can repeat his success in keeping his control numbers going.

Jake is the penultimate Shorebird of the Week – next week will bring the series to a close after 11 seasons, with the Shorebird of the Year season review the following week and picks and pans wrapping up the season September 15. With the likelihood of playoff baseball getting slimmer by the day, Delmarva’s long offseason will be setting in September 6.