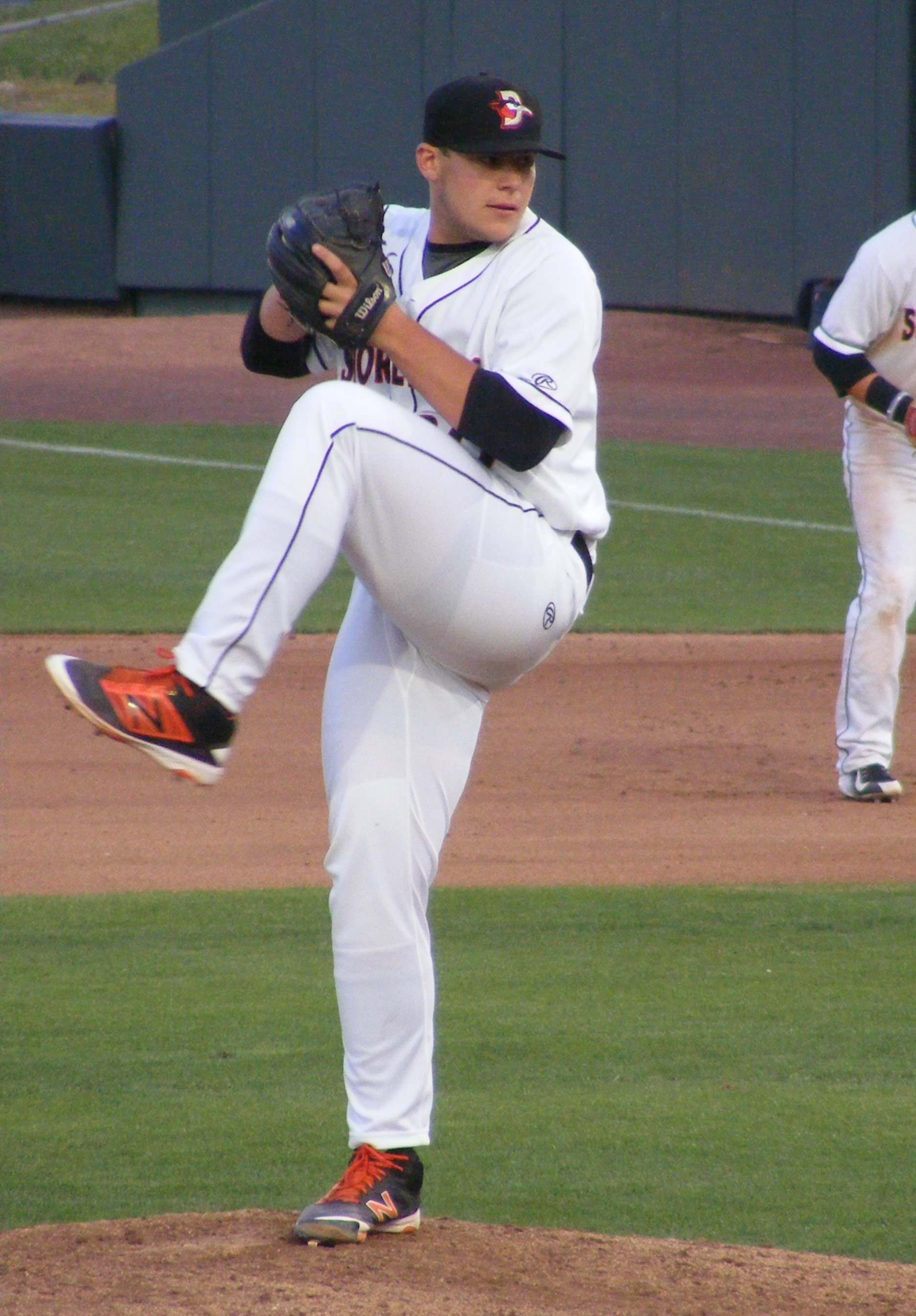 The final Shorebird of the Week for the first half is also the last of Delmarva’s four All-Stars to be so honored. Based on his dominating performances, though, Ryan Meisinger may be the most deserving.

I like to look at stats when I do this, and I imagine the tone for Ryan’s career thus far was set in his very first pro appearance, the one and only time he pitched in the Gulf Coast League and struck out the side in the one inning he threw. Yes, they were a little overmatched so off to Aberdeen Ryan went and he put up great numbers there as well – in 22 1/3 innings spaced among 17 appearances Meisinger only allowed 15 hits and five walks for a 0.88 WHIP to go with an outstanding 1.99 ERA. He also struck out 33 in that span, which means just under half his outs came by way of strikeout.

The 11th round pick last year out of Radford University (a native of Prince Frederick, Maryland) had a hiccup in his first appearance here back on Opening Day, walking three of the four batters he faced. But since then he’s turned it completely around and boasts a stellar 0.78 ERA with a 3-2 record (his first professional decisions.) Just like in Aberdeen, he’s kept an impressive strikeout-to-walk ratio of 48 to 9, which is doubly impressive when you consider he’s pitched just 34 2/3 innings on the season. He’s also kept the sub-1 WHIP.

One thing the Orioles brass is doing differently this year with Ryan is stretching him out. Most of his Aberdeen appearances were an inning, as he began his career there as a closer. (Ryan did get three two-inning saves with the IronBirds, however.) Of late with Delmarva, Ryan has commonly pitched three full innings per stint. However, Meisinger has been rather pitch-efficient as he’s not exceeded 45 pitches in any one appearance and that trait can be useful down the road.

Oftentimes players who make the SAL All-Star team are ticketed for a promotion to Frederick soon afterward, so it’s likely the 22-year-old will soon be moving on. We’ll see if his numbers can stay on track as he advances.