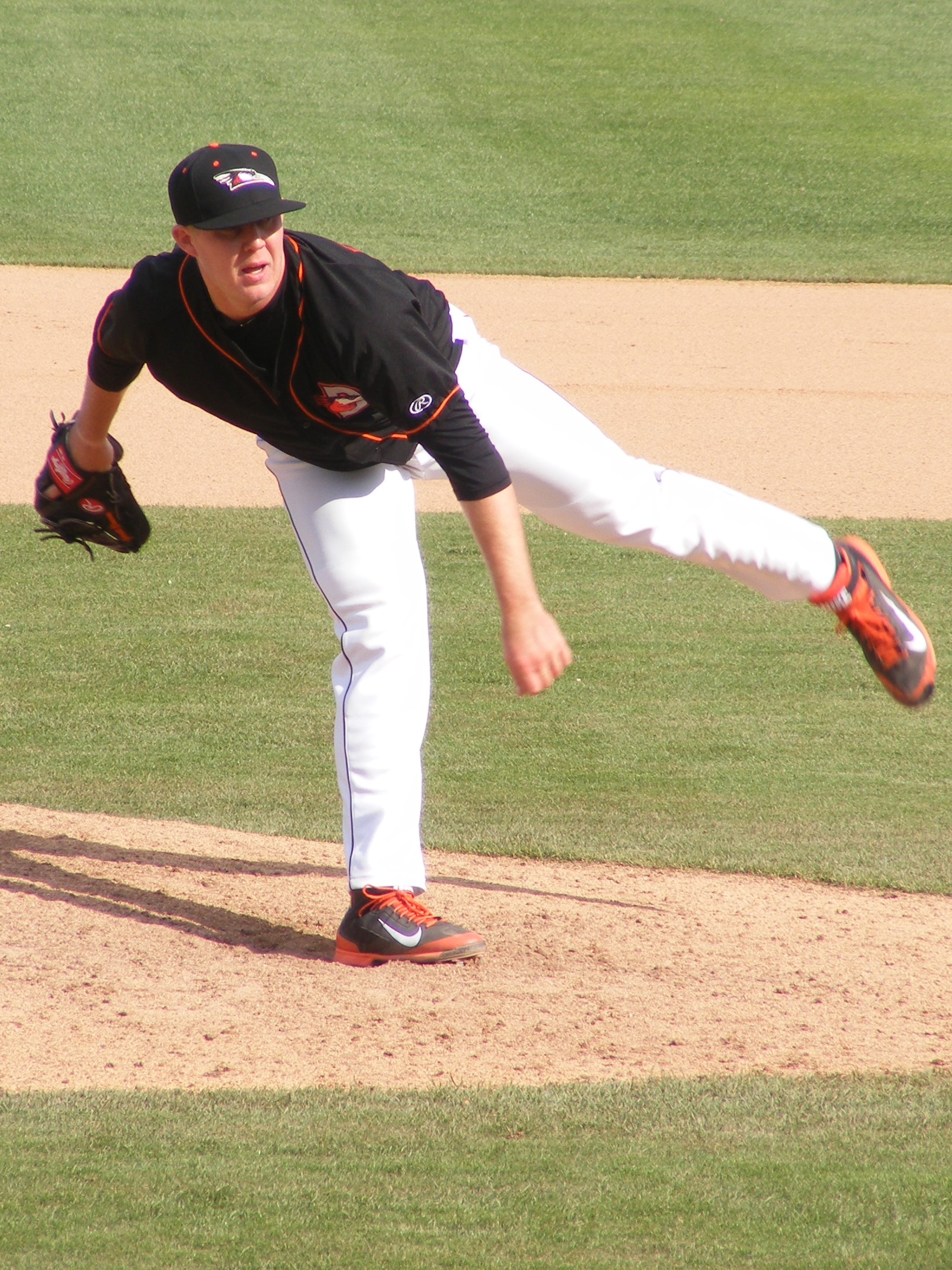 Selected out of the University of Oregon last year in the 3rd round, Shorebird lefty Garrett Cleavinger was named as the Orioles’ organizational pitcher of the month for April. So once I saw him pitch in a game and got his picture, it was high time I selected him as a Shorebird of the Week. While he had pretty impressive numbers with Aberdeen in his first taste of pro ball (6-1, 2.16 ERA and 1.28 WHIP in 25 innings over 19 appearances) one red flag was the 18 walks he allowed – more than the 14 hits.

So perhaps one of the reasons Cleavinger, who just turned 22 last month, earned the top honor was the fact he’s cut his walks way down while ostensibly facing better competition. In 22 2/3 innings so far this season, Garrett has cut the free pass rate in half, allowing nine thus far. Even better, he’s struck out 33 so far to rank fourth on the team behind three members of the starting rotation. Cleavinger is wiping out hitters at a torrid pace, improving on a great strikeout rate from last season – for his career so far, he’s averaging 12 Ks per nine innings. So far on the season, Garrett is 4-0 with a 1.99 ERA in 22 2/3 innings, over 10 appearances. (It’s a very impressive 10-1 career record for Garrett with an equally gaudy 2.08 ERA.)

One thing the Orioles seem to be doing with Garrett is stretching him out for possible starting duty. While none of his appearances with Aberdeen lasted more than two innings, four times this season Garrett has thrown three innings in a game, generally coming in as the backup pitcher once the starter gets his five innings in. Cleavinger has one save on the season, but tends to be the setup guy in the sense that he’s covering the later innings – it’s just one guy instead of the typical big league program of a 7th inning guy and 8th inning guy setting up the closer.

It would not shock me to see Cleavinger selected to the SAL All-Star team then get a promotion to Frederick immediately afterward. The Orioles seem to prefer to move their early-round college guys up the ladder rather quickly, and perhaps if Cleavinger had the walk rate he sports for Delmarva last season as a member of the IronBirds he may have skipped us altogether. I think by year’s end we will see how his stuff plays in the Carolina League.