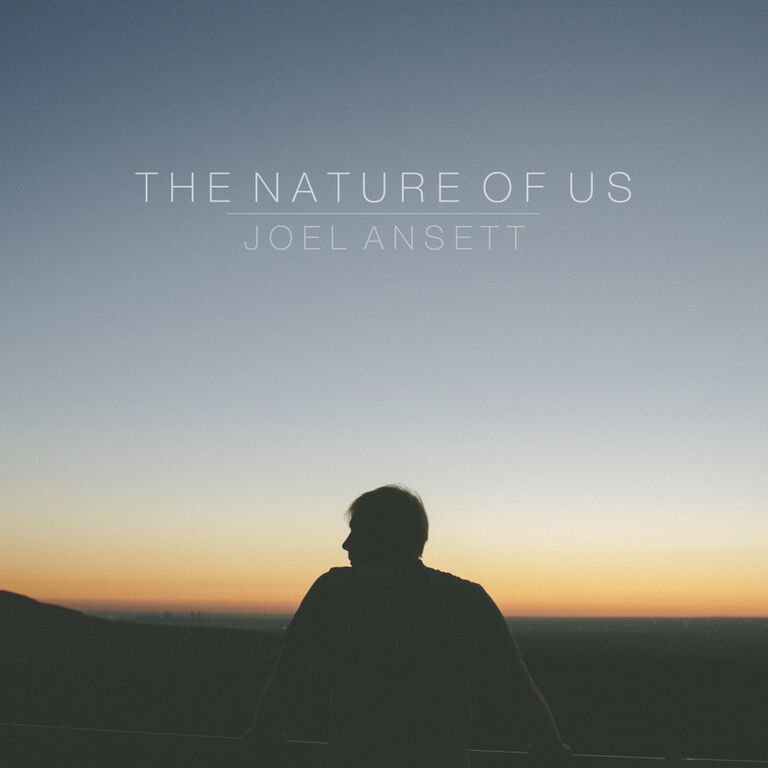 If you were to check out the lead single to this forthcoming release (it’s set to drop November 23) you would think Joel Ansett is putting out a fun, adult-contemporary album. Already In Love has that sort of groove, a radio-friendly song (of course) with a bit of a jazzy touch. Paired up with the initial song on the release, Kingdom Come, which opens up in acapella fashion before the snapping fingers, horns, and funky upbeat come in, and you would imagine this as an album that under a more known and marketed artist would likely sell by the truckload.

Yet when the slow, somewhat ponderous third song Turn to Gold begins in acoustic fashion, it’s a signal that the mood turns like the autumn leaves the song refers to. (Just as an aside, the references in several songs lead me to believe a lot was written this time last year, as many begin to transition out of the colorful fall into early winter.) Following that line of thinking, My Heart Is Set serves as the Indian summer with its bouncy keyboards carrying the tune.

Don’t go thinking I hated the rest of the set, though. Once you get past the little bit of a bait-and-switch, you’ll find some nice numbers – just not quite what I expected. Covered Up is a good, downtempo song with just a touch of harmony, while In the Eye picks things back up a little bit with good lyrics.  My only complaint on that song is that if you use the spoken sort of call-and-respond we hear on many modern songs, make it so they can be heard and understood. Another good uptempo song is The Cycle, which even gets a touch of more old-school rapping toward the end.

The latter half of the set is ruled by the more acoustic side of Ansett, though. Tragedy Is Not The End is, as you would expect, a ballad where Ansett sings hopefully, “I don’t think it’s an accident/That tears are shaped like seeds.” Never thought of it that way. Give Our Hearts Some Weight is also a slow one, while New York is a nicely done tribute to the city where Ansett asks God to “save New York first.” (Interesting since Ansett is now based in the Denver area, although he’s lived in several other places.)

This acoustic side is best highlighted, though, with the last two songs: Wonderfully Made, which is indeed with the great inclusion of some female harmony toward the end, and Kings & Queens, which swells to its climax before fading out to close the set.

If you like a wide variance of tracks in one package, this could have a song for you. While the choice and order of tracks may be one of my quibbles (for example, I would have probably switched the placement of Turn to Gold with Wonderfully Made) the music itself is very well-produced and crafted. (In that respect having a Kickstarter campaign that raised $25,000 in a month helped.) The single may not completely represent the whole, but on balance this one still can be a winner.