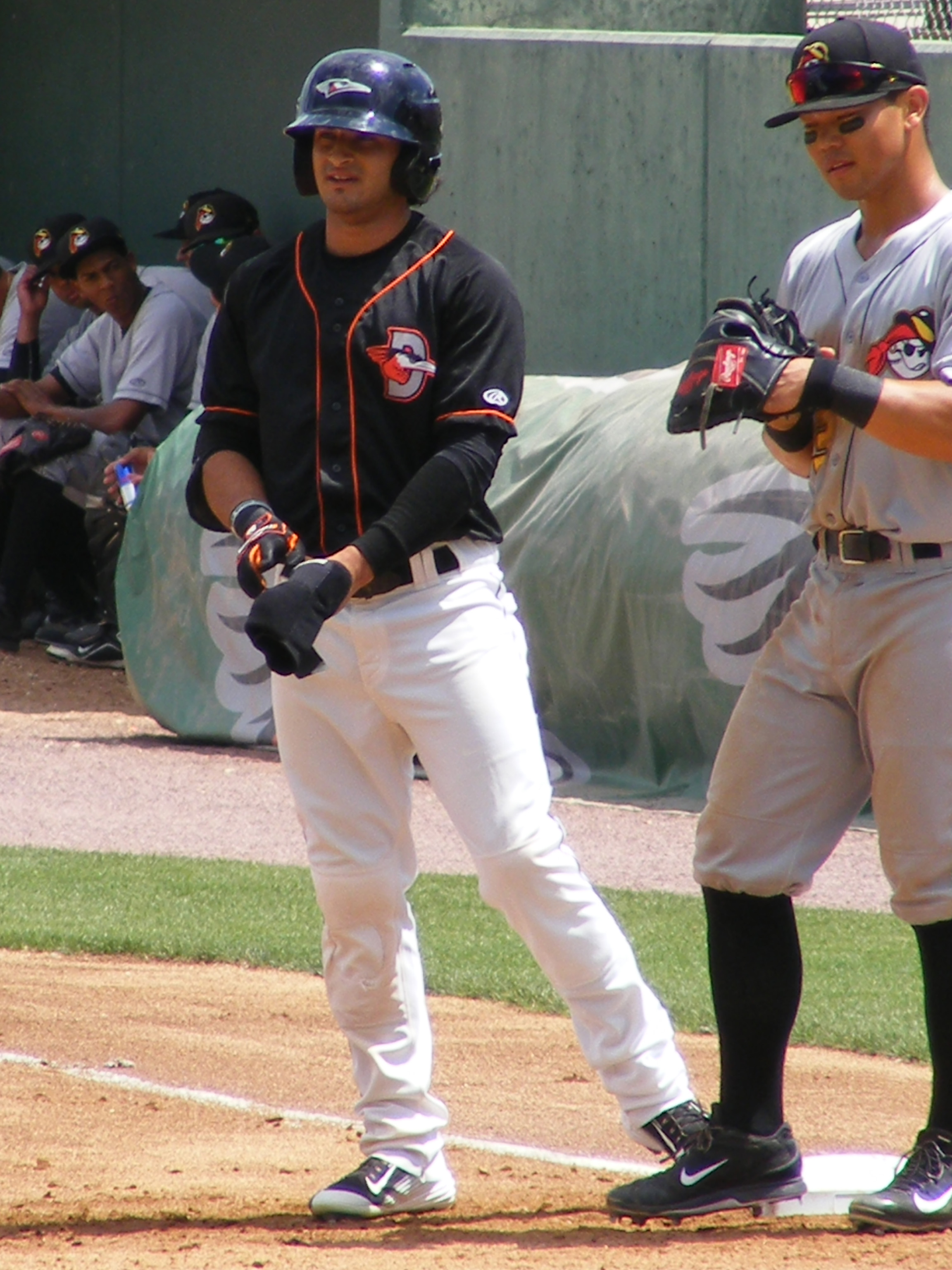 Jay Gonzalez finally stood still long enough for me to get a good shot of him.

As the person who brings speed to the top of the Shorebird lineup, Jay has made a nice transition from Aberdeen to Delmarva. Aside from lacking a triple so far, Gonzalez’s numbers have improved across the board from 2014 to 2015 – a higher average, better strikeout-to-walk ratio (leading to a significantly higher on-base percentage) and 17 stolen bases in only 48 Delmarva games (against 14 in 59 contests with the IronBirds last year.) In short, so far last year’s 10th round pick has shown himself a solid player.

A native of California, it’s somehow appropriate that Gonzalez hasn’t been a master of staying in one place too long – he graduated from high school in Florida and attended Auburn University for three years before transferring to Mount Olive College in North Carolina for his final year. The Orioles were actually the third team to draft him, as Jay was selected by Boston out of high school in the 27th round and by Texas in 2013 as a college junior, down in round 39. Because he spurned the first two offers, he’s a little older than the average SAL player as Jay will turn 24 in December.

Yet there is more than just the speed you would expect from the guy who leads the team in stolen bases (by far). Gonzalez also leads the team in drawing walks, which is a great trait for a leadoff hitter, and game in and game out makes his share of solid to spectacular plays in center field. I’ve seem him make a number of diving catches in the field this year, balls that some of our other center fielders may have had to chase down. He seems to have a knack for the position, as he has made just one error so far in his pro career (it came at Greensboro May 16.) Arguably Jay may be the best center fielder to come along for the Shorebirds this decade based on his range factor and fielding percentage. While a .267 batting average and no power isn’t going to run him up the prospect lists, he does have potential to be a good defender along the line – the prototypical fourth outfielder.

The chances are reasonably good that Jay will stay for the summer, although he may be one of those who gets a late-season cup of coffee in Frederick. But if you like watching good defense, you may want to see this guy come pick ’em before the end of the season.