Last weekend was a good weekend for local music buffs, particularly in the Long Neck, Delaware area. I’ve often wondered if those people who live by American Legion Post 28 there sit outside on the Sunday of Memorial Day weekend and listen in. Of course they could just come on down, too.

Anyway, the Concert for a Random Soldier began at noon but since we were still in church at that time we were casually late enough to get there just in time for the longtime event staple 33 1/3 to wrap up; meanwhile, one of the acoustic acts played while we grabbed some lunch.

So band number one on my agenda was Pros from Dover. 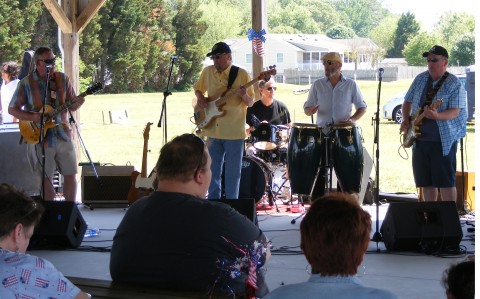 Despite the name, none of them are from Dover. The name is actually a reference from the book version of M*A*S*H.

They played somewhat of a country-tinged set in song selection, which was fine for an event which generally works its way from oldies to classic rock to heavier and more modern as the day turns to evening.

Speaking of country, you can’t beat the unusual start to the set of Slinging Daisies. 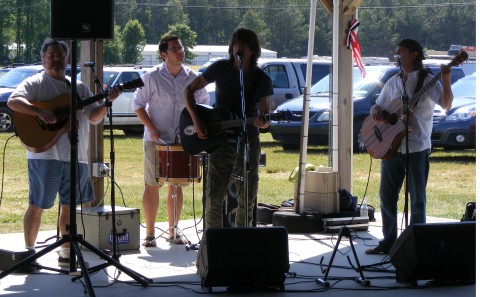 It’s probably been 25 years since I heard the old C. W. McCall chestnut “Convoy” and it wasn’t a cover band that did it. They did a set that featured a handful of originals, but also played the song that’s tradition at the Concert for a Random Soldier: “Paint It Black” from the Rolling Stones. 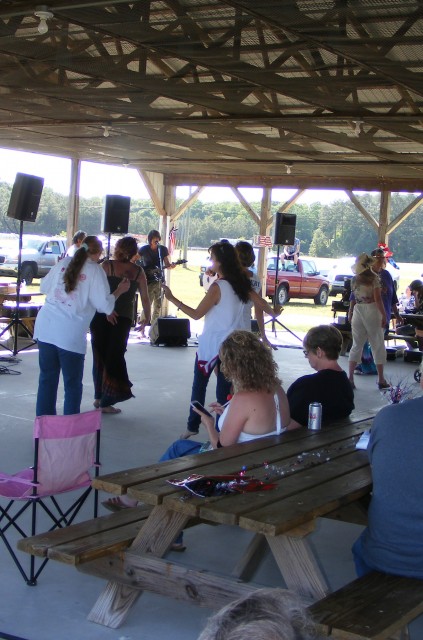 The reason this song gets Terri Clifton onto the dance floor is that it was her son Chad’s favorite song. 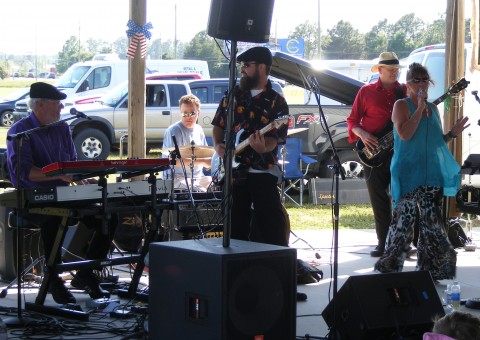 Another band that’s been doing the CRS annually in recent years is Judy Sings the Blues. They come as advertised, playing a number of standards and one original about Judy’s fear of spiders.

One band that didn’t come as advertised was Semiblind. Due to an unfortunate series of mishaps, the band was truncated down to its founding members Jim and Michele Hogsett. These longtime staunch supporters of the CRS played instead as their acoustic duo Dog & Butterfly. 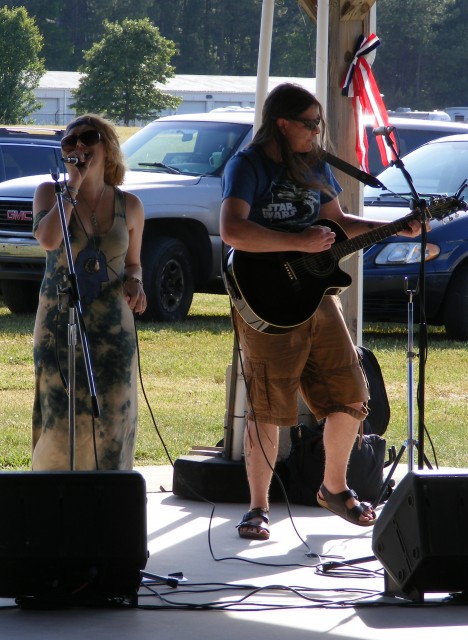 Things then got a little funky, as Conjunction Funktion took the stage with some brass. 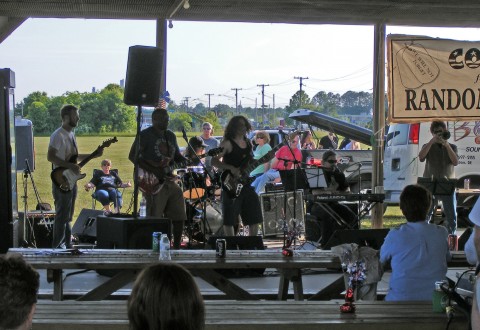 Again unusual for a cover band: how many would lead off with “Josie” by Steely Dan? These guys did.

Sadly, we had to leave as Conjunction Funksion played so I missed the band I would have liked to check out, Modern Day Addiction. Besides those guys and 33 1/3, other bands on the bill were Oh Boy, JB Duo, Beach Trip, Captain Mike, and The Runner-Ups. Several of these also have played the event in recent years, and they should be thanked for supporting the Guitars for Vets cause.

So next year, on the Sunday of Memorial Day weekend, the 11th annual CRS will likely feature a number of these same acts for a day of music, food, and fun.