Good news delayed is not good news denied. So it is with the annual Labor of Love dinner for the Eastern Shore Pregnancy Center.

And even though I found out Maryland was second in the nation in abortions per capita, ESPC Director Jacquelyn Seldon noted that we have seen our share of success stories as well. Her sentiment, though, was that “we no longer want to be the best-kept secret in town.” It was part of a two-hour presentation which featured prayer, praise, and pledges.

Delegate Mike McDermott, who made brief and unscheduled remarks at the gathering, noted for his part that if legislators in Annapolis respected life, “they would respect it all the way through.” 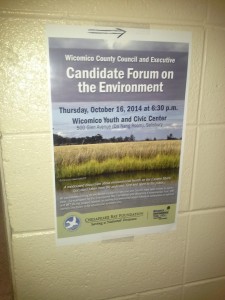 “We need more men and women that would choose life,” McDermott added. He was one of a handful of local politicians who attended; a number that was cut down somewhat by a competing event at the same facility. On another day I would have liked to attend that event, but this was a day to celebrate life.

I think the state of Maryland could do a lot more without impeding the so-called “right to privacy” for those who wish to dispose of their unborn fetuses, known in this gathering as God’s children. Something the ESPC can now provide is a sonogram so parents can see their developing offspring – those in favor of abortion don’t want mothers to see these because they know the choice will often be life rather than death.

The keynote speaker was Susan Baldwin, who serves as Executive Director of the Women’s Resource Center of Mobile, Alabama. Baldwin was pleased to be “in a room full of mountain movers…God is enlarging his territory.” But she spoke of the battle for life being one that wasn’t about politics, but in the hearts of men and women.

After watching a short video presentation pointing out our nation had suffered 40 times the number of casualties of all our wars thanks to legalized abortion (in just 1/6 of the time), we learned that a Vietnam Memorial-style wall would have to span 87 miles to cover all the unborn who were aborted. 33,000 of those abortions were performed each year in Maryland, a fact which made Baldwin ask, “what must our Father think?” 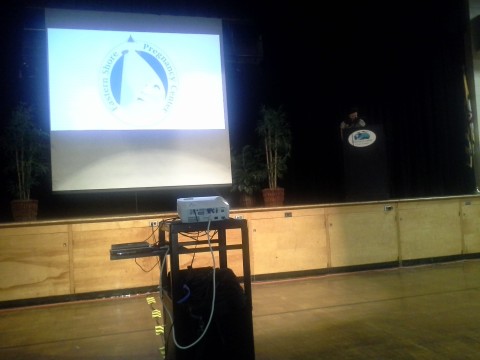 As for what churches think, Baldwin complained that 95% of them won’t preach on the sanctity of life. But while the ESPC is not a church, “this is a front line ministry,” said Baldwin. She termed this “holocaust of the unborn” as a dark period of our history. We need to turn this culture of death into a culture of life, she concluded.

One of her tasks was to help the ESPC raise money, which was the idea behind enlisting The Great Turnaround to help. Baldwin had some assistants distribute pledge envelopes, which those in attendance were asked to fill out with an annual pledge amount. With this system, Baldwin promised we would know how much was raised for the evening and, as promised, in the end we learned that the dinner raised $50,730 for the ESPC. Of course, we don’t know how much this dinner cannibalized their other annual giving but the amount raised for the evening was outstanding. 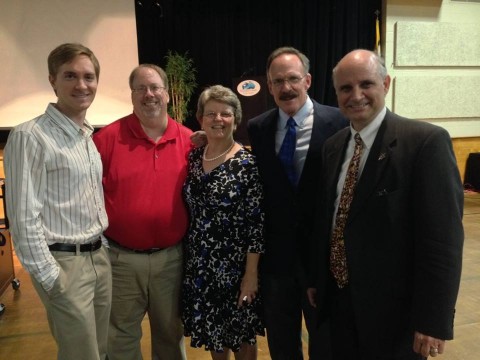 These were some of the people who joined me at my table: Tyler Harwood (left), me, Cathy Keim (who was gracious enough to invite me), Greg Belcher, and M.J. Caldwell. Besides the five of us, there were over 200 people who attended the dinner, so I appreciate the invitation. It was a worthwhile event and reminded me that I’m on the right side of the pro-life argument.

Update: My total was $19 high, so I revised it. And in a subsequent release, Seldon added:

Jacquelyn Seldon, director of the Eastern Shore Pregnancy Center, said the financial contributions were crucial for the not-for-profit organization. “All our services are given free of charge,” she noted. “We now provide ultrasound services and these funds will allow us to serve more individuals at no cost.”

2 thoughts on “The ‘midst of a battle for innocent lives’”