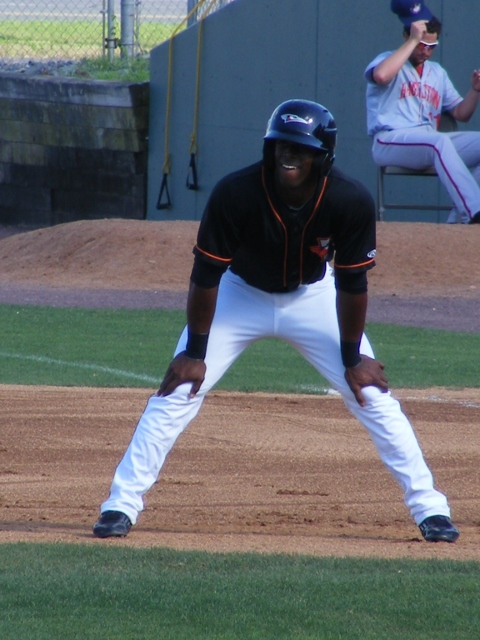 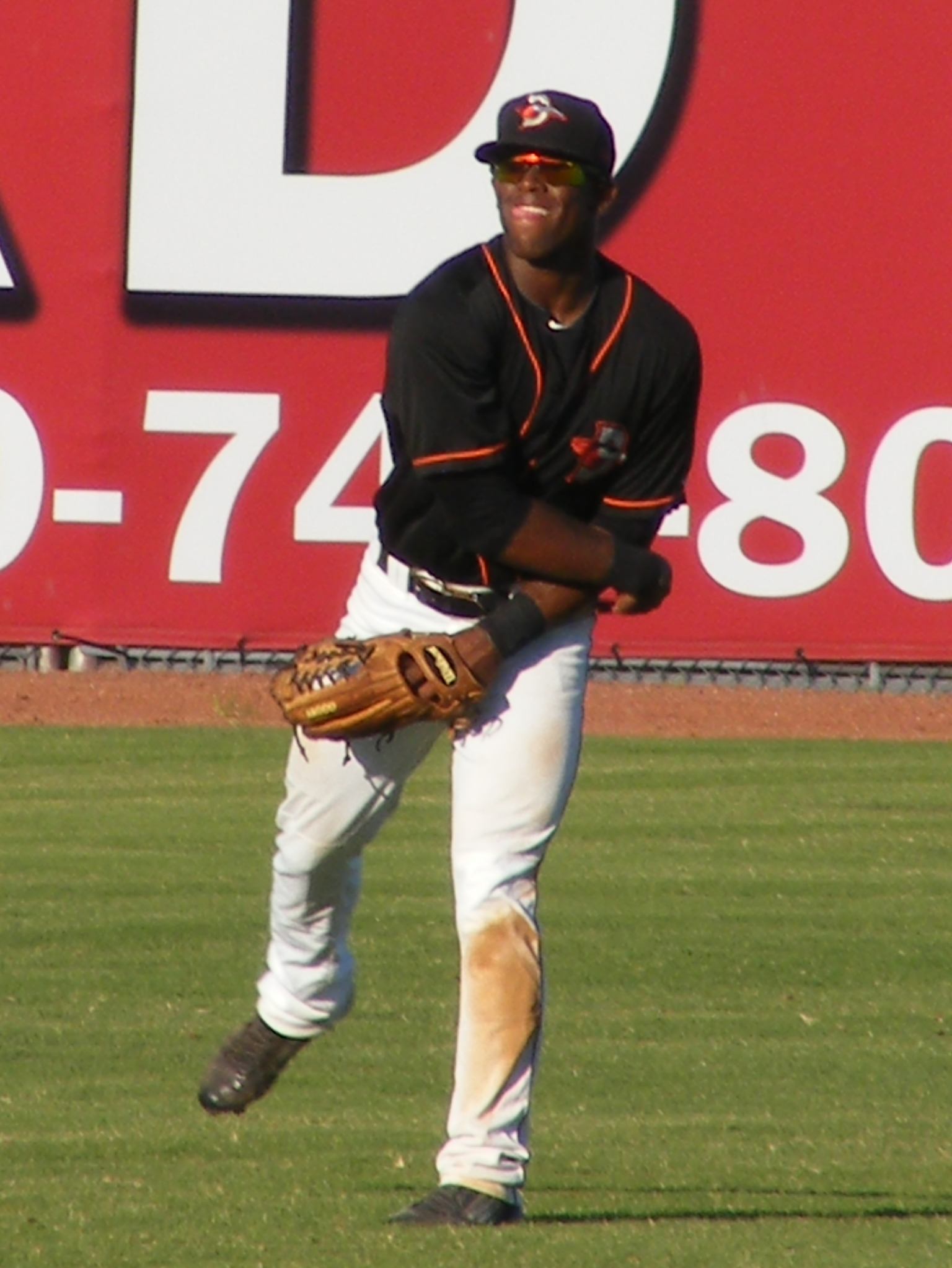 The Orioles have many varied ways of acquiring talent to try out at the minor league level. Most come through the annual amateur draft conducted each June, while a number are international free agent signings. But few have arrived in the unusual manner George Barber has.

In 2010 the Los Angeles Angels drafted Barber in the 43rd round out of Broward Community College in Florida. He signed and played sparingly for the Angels entry in the Arizona League (on par with the Gulf Coast League where the Orioles have an affiliate.) After hitting just .235 in 7 games over a month’s time, Barber was cut loose the following spring of 2011 and returned to school.

But somewhere along the line the now 23 year old decided to enroll in a school of a different sort called the Xtremeline Baseball School Camp. Last October, George was signed by the Orioles – not coincidentally, Xtremeline is operated by Orioles executive Fred Ferreira. (The same connection also produced the recently-promoted Tucker Nathans as well as others farther down in the system.) And after a little bit of bouncing around – two days with Bowie where George went 3-for-9 in 3 games and a week in Aberdeen where he was 3-for-19 – George arrived on June 27 and has been a lineup fixture since.

Barber is fitting in to date as about an average player: a .246 batting average (15-for-61) with an OPS of .635 thus far. These aren’t numbers which will merit an immediate promotion but can be a building block for success over the team’s last 40-odd games – remember, George had a total of 7 pro games under his belt when he began this season. In essence, he’s in roughly the same situation as a new draftee getting his feet wet in rookie league, except he’s playing in a somewhat more competitive loop. In his case, this is likely a 60-game tryout, with a decision on his fate probable at year’s end. Unlike a high draft pick, Barber has less margin for error.

But you can also figure he’s playing with house money given where he was a year ago. Not many players get a second bite of the apple, so Barber is trying to take advantage.