In my travels today for work, I came across this curious scene. Sorry it’s so dark, I took it around twilight through my car window. 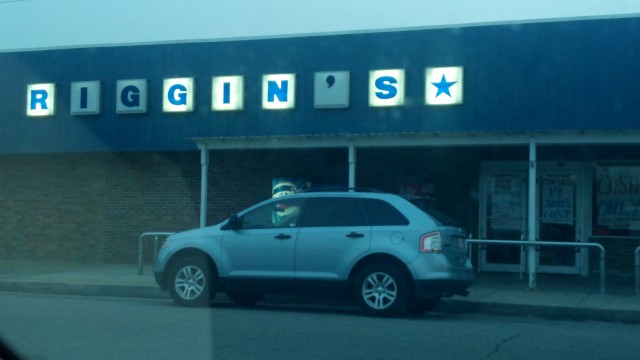 This may illustrate the key point I want to make better; it’s a close-up of the door signage. 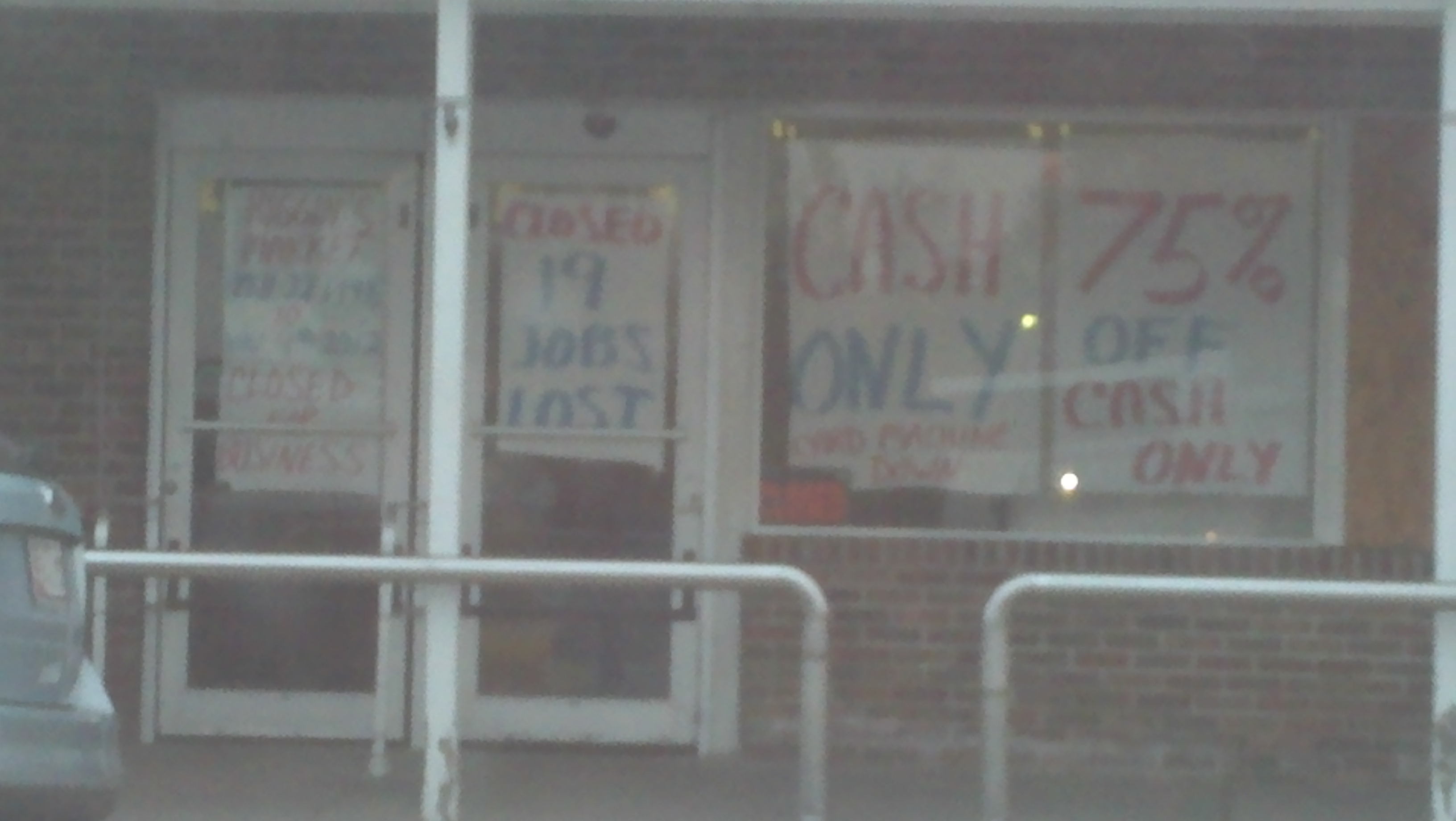 Not being a native or resident of Crisfield, I had never heard of the store until it was placed on my job board. From the looks of it, the store resembles several others I service in my outside job as it’s older and without the modern amenities you’d find in the large chain grocery stores like Giant or Food Lion. But the important sign is on the right-hand door: 19 jobs lost.

Something I notice about Crisfield in my infrequent travels there is that if I leave there in the late afternoon on most days (aside from the third Wednesday in July, which is the annual Tawes Crab and Clam Bake) there is much more traffic going into Crisfield than leaving. That tells me jobs are sort of scarce in the town, and losing another 19 is a blow a once-thriving bayside community doesn’t need.

In looking into the situation, it appears that the store was barely hanging on anyway until Sandy blew into town and put a foot or more of water into the place. And in reading their Facebook page, it appears they’ll be missed. Obviously a business that’s been around serving the community 64 years is something of a landmark, even if it was well off the beaten path.

So what drove them out of business? If I were to guess, the opening of a new Food Lion a few years back didn’t do them any favors. While the Crisfield location is smaller than most other Food Lion stores I’m familiar with, the fact that it’s a chain store and can more than compete on price makes a difference. People may have raved about the meat and deli items found at Riggin’s, but surely many more former customers were just as happy to purchase Food Lion’s products.

Yet niche stores can and do survive, even in a world of Walmarts, Food Lions, and other chains. On the other hand, even chain grocery stores can fail – just ask the hundreds who used to work at the various local Super Fresh locations where the plug was pulled. Apparently, though, the damage done by this natural disaster was too much for the little independent grocery to overcome, so the doors were shut and 19 people are now out of work.

Unfortunately, the closure doesn’t just mean the loss of jobs – presumably a flood-damaged building with no tenant and few prospects for one to move in could soon fall into disrepair. And while its location may have seemed a logical choice when the building was built in 1956 (according to tax records) it’s now too cramped for any sort of more modern retail facility.

So a portion of the Eastern Shore will mourn the loss of yet another local landmark, perhaps a victim of these difficult economic times. A booming community could handle two (or more) competing grocery stores, but Crisfield’s boom times have been a memory for many years now. Add Riggin’s to the list of fading memories of a bygone time.

3 thoughts on “The bitter end”