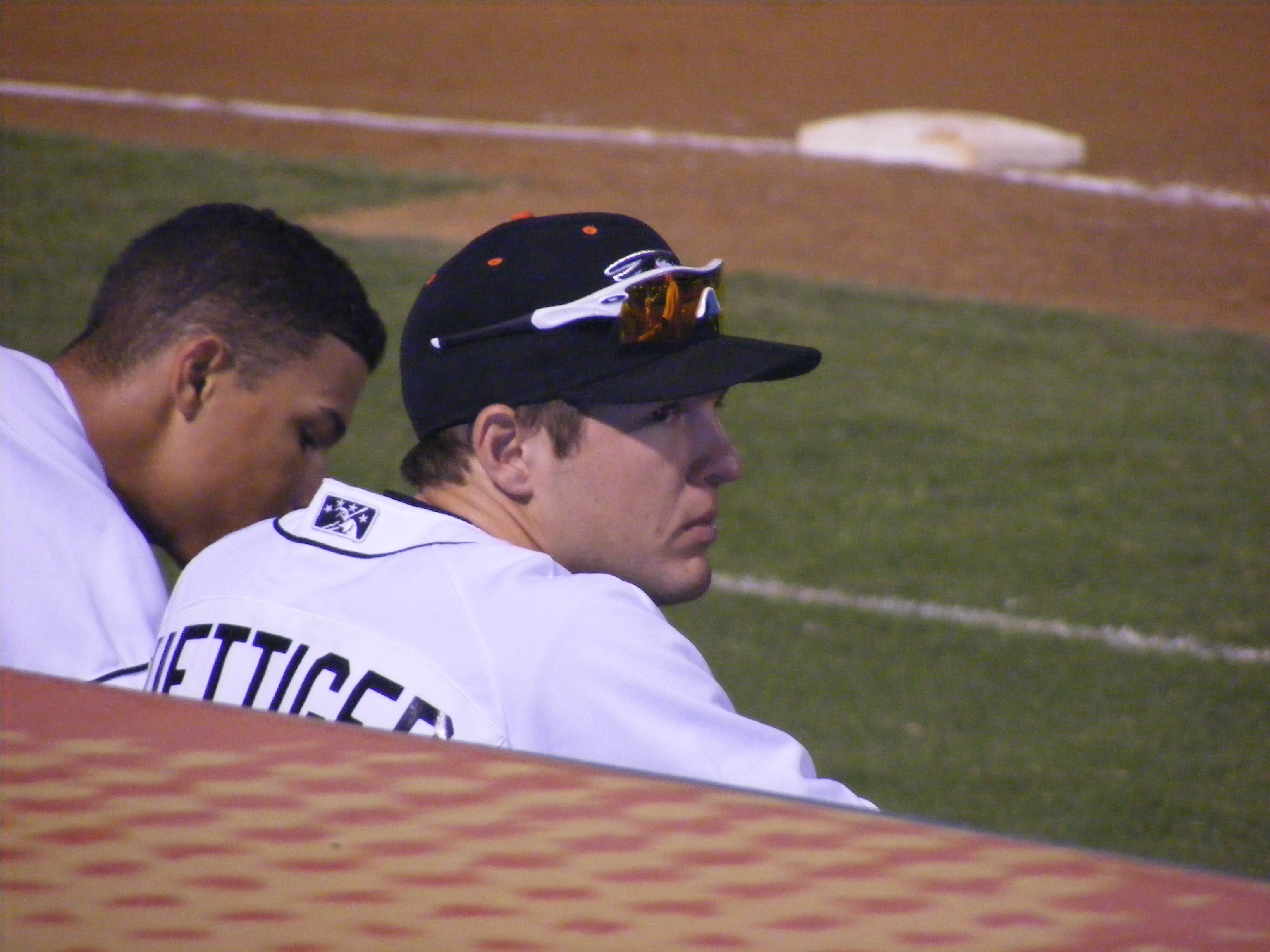 This is a tough time of year for me. Not only is baseball season coming to a close, I run out of Shorebird of the Week slots when a number of players are deserving of the honor. But I try to give it to players who are up-and-coming, and John Ruettiger fits that bill as the first 2011 draftee so honored.

Sure he has a famous uncle but the younger Ruettiger is looking to succeed in his own right in a different sport. And after a slow 3-for-29 start with the Shorebirds John has picked up the pace in a big way, batting .538 (14-for-26) over his last six games. It raised his average from under .100 to its current .309 entering tonight’s contest.

John’s young career now spans just 17 games, as he played 3 games for the GCL Orioles (going 6-for-13) before joining the Shorebirds in mid-August. He was an eighth round selection out of Arizona State University back in June and the 21-year-old hails from Joliet, Illinois.

While John has improved his batting average, the parts of his game we haven’t seen blossom yet are power and ability to steal bases. So far Ruettiger has only 6 extra base hits (all doubles) and is only 1-for-5 on the basepaths. Still, it’s quite possible we’ve not seen the last of John after this week unless the Orioles see fit to promote him to Frederick next spring. My guess is that John will begin the season here despite the fact the organization is a little weak in the outfield position overall.

Next week I’ll wrap up the Shorebirds season with a look back at what was and my Shorebird of the Year selection, with the following week devoted as usual to my picks and pans as a Shorebirds fan. The next Shorebird of the Week will be selected on Opening Day next season – April 5, 2012.