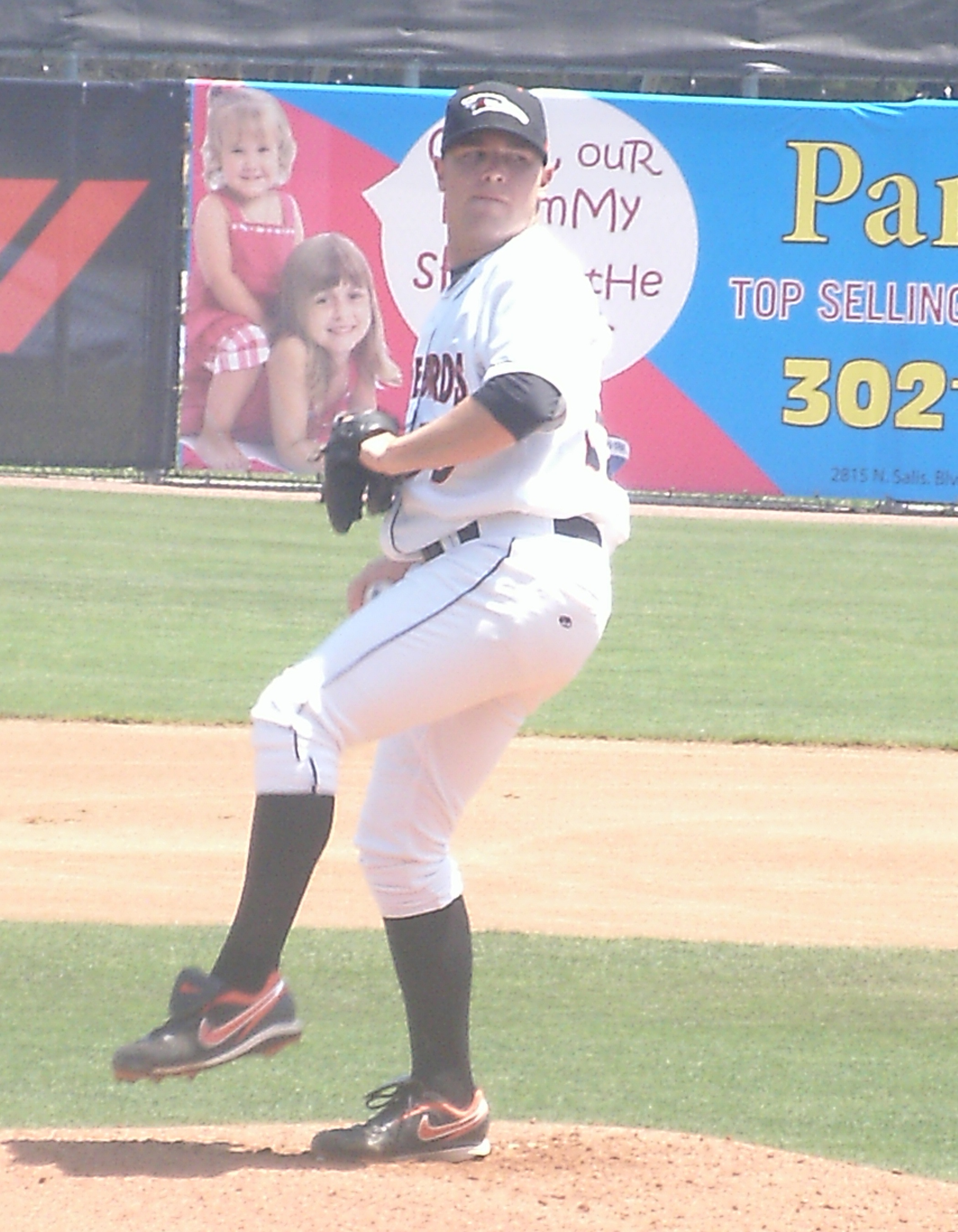 In the past, I’ve mentioned that players who are demoted from a higher level tend to fall into one of two categories: they continue to slouch and exhibit the bad habits which got them sent down in the first place, or they make it a mission to prove the naysayers wrong.

Tossing aside a poor outing in his second start May 31, Kenny Moreland has provided a spark to the Shorebirds’ starting rotation. His last outing on Monday was a stellar 7-inning, 3-hit shutout performance against Kannapolis that lowered his ERA as a Shorebird to 3.70, his WHIP to an outstanding 0.99, and evened his overall record here at 2-2.

While Moreland was struggling a little bit at Frederick before his demotion (2-2, 5.22 in 10 games/7 starts covering 39 2/3 innings) he wasn’t allowing a lot of runners on base – there his WHIP was 1.29, which is about average. What was hurting Kenny was the longball as he’d allowed 6 home runs in that span.

Unlike many pitchers at this level, Moreland is not a high strikeout pitcher and tends to pitch to contact, counting on movement to keep a batter from squaring up on the pitch and driving the ball. When it works he does well – last year between Aberdeen and Frederick Kenny allowed only 75 hits in 98 2/3 innings, going 10-3 with a 2.74 ERA. If not, he runs into problems like his May 31 start here when he allowed 9 hits (2 of them home runs) and 6 runs in 5 innings against Lakewood.

Kenny, a Virginia native, comes to the Orioles out of Division III Christopher Newport College – a team which often plays against Salisbury University so he should have some familiarity with his surroundings. The Orioles signed Moreland after he was passed over in the 2008 draft and have bumped the 24-year-old around quite a bit between Bluefield, Aberdeen, and Frederick (where he’s played at least part of each of the last three seasons.) His Delmarva debut came on May 25.

If Kenny can learn to be a location pitcher in the mold of a right-handed Tom Glavine he can succeed at this and higher levels. Winning a strikeout title isn’t everything, but advancing to the Show is.

Next week look for my annual recap of how my previous Shorebirds of the Week are doing and an extra-special edition of SotW next Thursday.