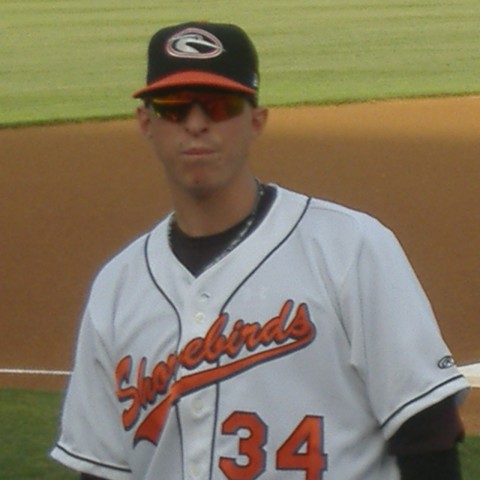 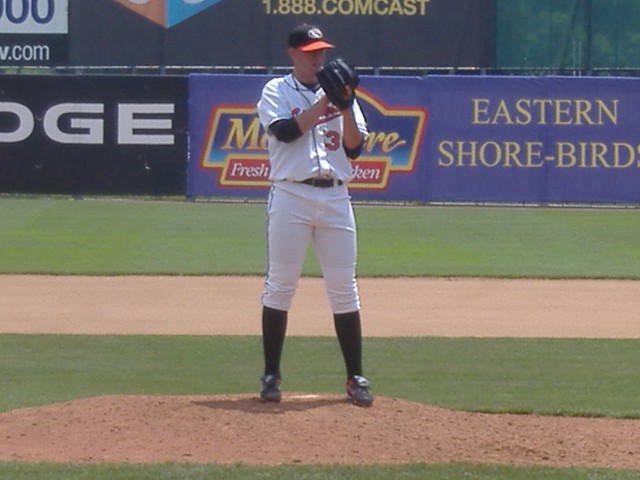 Being a Naval Academy attendee tends to make one good at sticking to a routine, so naturally Oliver Drake is thriving this season in the Shorebirds’ starting rotation.

He’s recovered from a slight gap he endured through no fault of his own (a game he started back on May 9th was suspended after just 2 innings) and returned to his turn in the starting five with authority, turning in a quality start against Hickory last week and just missing another (pitching 5 2/3 innings of shutout ball instead of the required 6 innings) in his last start, which occurred fittingly enough for one with a military background on Memorial Day.

Oddly enough, this is the first pro season where Oliver has been used as a starter. This means he’s already established career highs in a number of categories barely a third of the way through the season. After being drafted way down in the 43rd round last season, the Orioles used Drake at both Bluefield and Aberdeen – between the two clubs he allowed just 2 earned runs in 22 innings pitched, striking out 24 while walking 3 in 12 relief appearances.

For the Shorebirds the numbers aren’t quite as gaudy, but still they are quite good for a pitcher at any level – in pitching 38 1/3 innings Oliver has allowed only 32 hits and 9 walks, striking out 25. The 2.82 ERA puts the 22 year old Massachusetts native within striking distance of the league’s ERA leaders.

More importantly, he can be counted on as an innings-eater; if you put aside his rain-shortened start Oliver is averaging just under 6 innings each time he toes the rubber to open the proceedings and has pitched a full 7 innings twice. (Pitching a complete nine-inning game is rare at this level and not common in the big leagues anymore either – a sad development if you ask me.) His durability makes the bullpen better as he keeps the Shorebirds in the game.

One key reason the Shorebirds have stayed near the top of the SAL standings this spring has been their starting rotation, and thus far Oliver is playing a great supporting role in keeping the team winning.