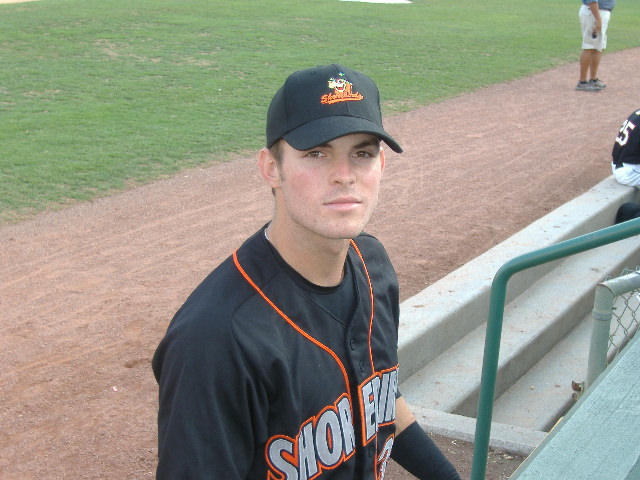 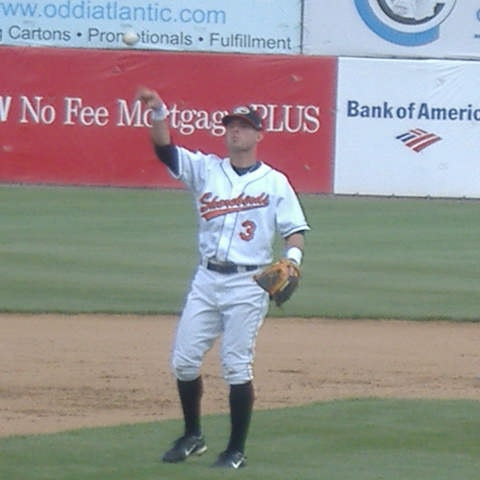 In their recent seven-game roadtrip, Shorebirds infielder and this week’s SotW Ryan Adams smoked the ball around the home parks of division-leading West Virginia and Lake County to the tune of a .500 mark (15-for-30) with 2 home runs and 10 runs knocked in. Ryan has become the leading Delmarva hitter during the second half of the season, bringing a batting average which was an anemic .243 at the end of April up to .313 for the year since then. For the month of August, Ryan is batting a scorching .404 (19-for-47.)

Looking at two key stats though makes me wonder if the highest draft pick currently on the Shorebirds roster (drafted #2 in the 2006 draft) isn’t pressing just a little bit. Far and away, Ryan has committed the most errors of any Shorebirds defensive player – granted, he’s had more chances than most and seems to have very good range at his position but 47 errors for a second baseman is a truckload. This is a bit surprising because Ryan was drafted out of high school as a shortstop and second base is an easier position. His home/away batting splits are also wildly skewed in favor of playing well on the road – hitting .395/8/32 away from Perdue Stadium but just .222/2/16 within our not-so-friendly confines.

The 21-year-old Louisiana native obviously has high expectations placed on him, and these issues (particularly fielding) will take some work over the offseason to overcome. This is Ryan’s first full season experience after two seasons at Bluefield and Aberdeen so the Orioles brass is being a little cautious with this prospect. It’s more than apparent that Ryan has the batting stroke to progress through the organization, the question going forward appears to be whether he’ll be a position player or more strictly a designated hitter in the mold of current Oriole Aubrey Huff.