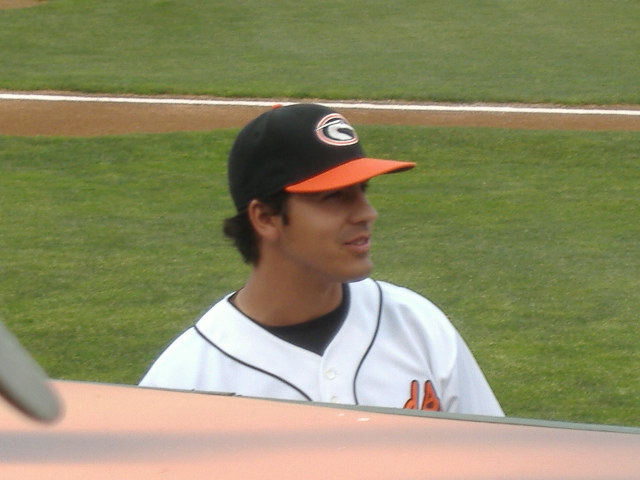 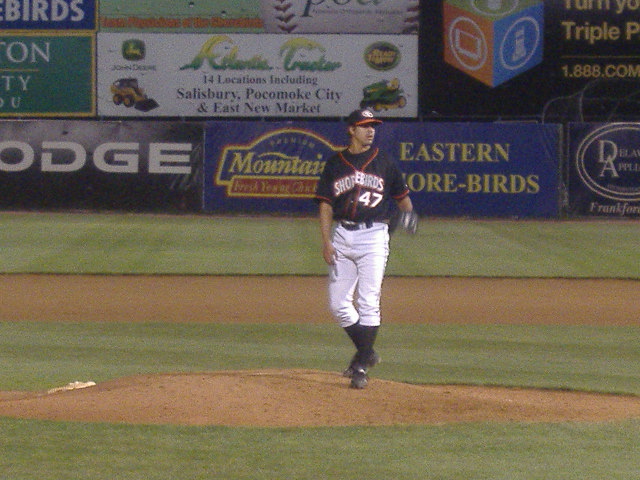 Native-born players who aren’t drafted out of college generally call it a career or try to latch onto an independent league team after their academic days are through, but this week’s Shorebird of the Week has parlayed an unusual style into becoming a nearly unhittable closer for the Shorebirds. Mick Mattaliano is a submariner who doesn’t throw really hard but gets the job done as he’s near the top of the SAL leaderboard with 12 saves, with number 12 coming in the downpour Tuesday night against SAL North leaders Lake County.

Mattaliano, a Pennsylvania native, played his college ball at Virginia Commonwealth but didn’t get a phone call on either of the two days of the 2007 baseball draft. Fortunately for us, he didn’t go the independent league route. And while the Orioles didn’t sign him until July, he was in a Delmarva uniform by season’s end. He made three appearances for the Shorebirds last season, going 1-0 and allowing one earned run in 4.2 innings.

This season in 19 appearances he’s racked up those 12 saves and opposing hitters are simply beating his offerings into the ground, resulting in easy outs. SAL hitters are batting a punchless .145 against Mick and his 0.69 WHIP would lead the league if he had enough innings to qualify (he’s pitched just 20 1/3 innings, generally coming on to pitch the ninth.) Only 16 batters have been allowed on base by Mattaliano’s pitching – 10 hits, 4 walks, and 2 hit by pitch.

While Mick’s potential might be a bit limited by his lack of a plus fastball (likely the reason he was undrafted), the 23 year old still has a shot for making a career of short relief because his unusual delivery is effective over an inning or so, especially when coming before or after a power pitcher. In the meantime, it’s a lot of fun at Shorebird games watching opposing hitters flail at pitches that seem to rise up from somewhere inside the pitcher’s mound.