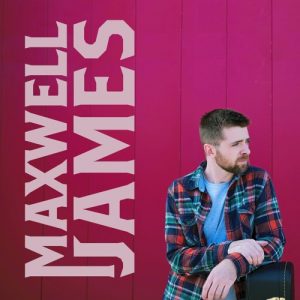 It’s only five songs, but as a market teaser Maxwell James has himself a pretty good start. Putting a modern twist on traditional country straight from the get-go with The More You Say, The Less I Know, he takes a trip into the shared roots of rock, country, and blues.

The polish continues to show on the bluesy second song, When It’s Real. It’s almost the proverbial old weepy ballad when the protagonist loses his truck, woman, and dog, but with a little help from more modern sounding keyboards and harmony at the bridge – not to mention less predictable lyrics.

However, Roll Down Your Window Slowly gives the EP a sharp turn into a more pop-alternative direction, even featuring a funky bass line. Lyrically it’s not as good as the others, but you may be too busy cranking it up to notice. Definitely a fun song that goes electric, and it resets the EP.

A song that could have been at home on alternative radio a couple decades ago, the more acoustic Blatantly sort of reminded me of the old song Fast Car by Tracy Chapman for some reason – maybe it was just the instrumentation and styling. Obviously these are completely different subjects and singers, but listening to his song made that one pop into my head.

If you ask me, though, Maxwell saves the best for last – Feed My Evolution takes the funk of Roll Down Your Window Slowly and gives it a little more snarl (along with some tasty B3 organ.) It even has attitude when played solo acoustic.

After that one, you definitely wish the EP was more than 16:45, which is why I called it a market teaser. And it seems to be a solid success – since I listened to it on Soundcloud and you see the number of plays, well, let’s just say it puts a lot of artists I have reviewed to shame.

Going forward the question becomes whether Maxwell will follow the traditional country path of his first two songs or become more of the alternative cat he tries to be in the last two – or try for the eclectic straddling in the mixing of both. I’m sort of looking forward to knowing, but you don’t have to take my word for it: as always, I encourage people when I can to go listen for themselves. There’s a pretty significant number that already have since this came out in the spring.