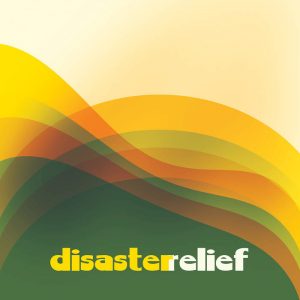 I don’t often tread into the world of jazz for these reviews because I’m not nearly as familiar with the genre – simply put, it’s not my favorite. I don’t have a preset on any local station that happens to play music from that corner of the musical world.

One thing I can say about Disaster Relief, though, is that they hold up well the tradition of improvisation. Created in 2015 and eventually adopting the goal of writing a new song every week, this collection of seven musicians (from the Detroit/Ann Arbor area, kinda my old neck of the woods) has taken what could be described as a “best of” collection from these sessions over two years, polished them up a little bit, and presented it as their debut album.

Because all nine tracks are instrumentals, two things become possible: you can write the songs as long as you want because there’s no lyric line to support, and you can title them whatever you desire. My guess is that several of these songs were humorously named for the month they were created: January Junk, March Wind, Too Soon for June, August Addiction, September Skunk, and my personal favorite title October, Who’s Sober? are the six with such names. Perhaps Transplant, Downtown F#@karound, and Dorian DeLorean (featuring a great bass line and video that’s below, which truly gives a flavor of how this was created) were composed over a few months or in months where already had a song named for that month since this took two years to complete.

The beauty of having this as a full instrumental album, though, is that it makes great background music. With a running time of about 48 minutes, there’s a lot of variety. As I listened to it, however, the funny thing was that I didn’t always notice the break between songs unless there was a significant tempo change. March Wind going into Transplant (a long 8 minute song with plenty of lead organ) is an example of this – so, before I knew it, the album was over. Because there are many more instruments commonly featured in the world of jazz, as opposed to the general guitar, bass, and drums of rock, it is a genre where you can have a great jam session with considerable variety, and this lady and gentlemen took advantage.

This album comes at the end of a long run of reviews for me that, thanks to events in my life, have taken a couple months to compile. Since my pretty much virgin ear to jazz enjoyed the craftsmanship put into this one – trust me, given the choice I would rather listen to most of this (aside from some of the squealing trumpet solos I found a bit annoying – I’m just not a big fan of the instrument) than what passes for pop music in this day and age, I invite you to bear with Spotify and check it out for yourself. I think it will be disaster relief for you.