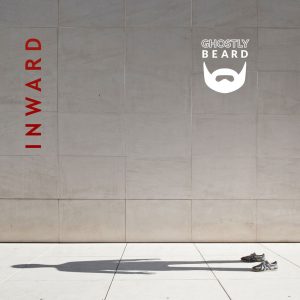 Years ago, a now-failing retailer tried to change its manly image honed by years of being best known for selling tools and appliances by billing “the softer side of Sears.” Ghostly Beard is one of the few artists who purposely bills himself as “soft rock” – a contradiction in terms, but perhaps appropriate in this case.

Yet if I were to receive a shipment of these “Inward” CDs at a record store I would be most inclined to place them in a jazz-rock fusion category. Patrick Talbot, the solo musician who goes by the Ghostly Beard moniker (more on that in a few paragraphs), borrowed heavily from both genres in putting together this third release of his. While it has just ten tracks, each packs a punch as the compilation runs just under 48 minutes.

The tone is well set in its first two tracks, How Does It Feel? and The Love In Your Eyes. If anything, the former song is a touch too repetitive but the overall mood is established in the first nine minutes. Two other good examples of where I think he wants to go are in the middle songs, Night Train and Let Go, the latter featuring some great solo work for those who come from the jazz side of things.

Since Talbot is doing everything himself, save a female backing vocalist on two songs (one being the aforementioned Night Train), there are some missteps another ear to things may have prevented. To my ear, the vocals on Gone needed a little more work. And what’s with calling the rather upbeat Autumn Blues, well, blues? Just beware: it may not be what you think – still a rather good instrumental, though.

Building up “Inward”, though, Patrick saves his best for last. The echoing high-hat of It Doesn’t Matter lends interest and punctuation to a song also featuring a nice long and slow coda. Turning in a different direction, he channels a little bit of Beatles-style flavor and interesting call and response of the super-lengthy ode to cubicle-dwellers, 9 to 5 (Barely Alive).

It’s the subtleties that interest me in these songs, and what sold me on the last two tracks was the respective bass lines of Let It Rain and Going Away. It’s that final song that has the most commercial appeal, although I would have enjoyed it more without the backup singer throughout – maybe just at beginning and fade. You can decide for yourself here:

Now about Ghostly Beard: it’s a persona Talbot can freely adopt because he chooses not to perform live, instead devoting his time to his craft. That also allows him to use the proceeds from his work to benefit a Canadian musical education charity called MusiCounts. After spending a large chunk of his life on hiatus from the business (he bills himself as a “hotshot guitarist” in his youth, but found that it didn’t afford him a living) he returned as a songwriter who decided to bring his creations to life.

Frequent readers know that monoblogue music is just one man’s (modestly compensated) opinion, thus I encourage readers to listen for themselves. But unlike most who have a Spotify section or put their songs up for public consumption on Bandcamp, SoundCloud, or something similar, the best bet to listen to Ghostly Beard is directly through his website. (There you’ll find he has put out three full-length albums plus a single in less than 18 months – not touring gives one plenty of music creation time.) He also has an interesting blog there regarding the business side of being an independent, unsigned artist.

So if you run into Patrick Talbot on the street, you probably wouldn’t know it. But he has a distinct niche in the music world.