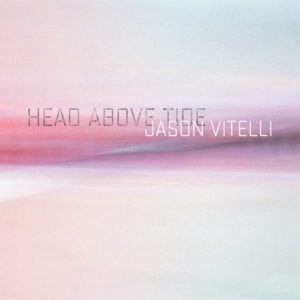 For four-plus years I’ve been reviewing albums, I’ve run across a number that grabbed the listener’s attention and kept it throughout. I hate to say it, but this effort by the Brooklyn-based singer-songwriter Jason Vitielli is not one of those albums. After awhile it becomes a musical version of white noise, and that’s a shame.

While he considers himself as “art rock” I thought he veered in the direction of rock-jazz fusion, if anything. Now listen, it made a pretty good career for Steely Dan but those songs were interesting enough to make radio playlists and charts. It’s obvious Jason has put a lot of thought and effort into this one, and he enlists a host of helpers: seven others are given credit, including two other lead guitarists, two female backup singers, two percussionists, and another bassist – Vitielli himself is credited with keyboards, rhythm and lead guitars, alto sax, bass guitar, and “sampler.” Yet the songs don’t seem all that complex.

And maybe it’s that reason “Head Above Tide” ends up seeming too repetitive toward the end, as my attention began to wander. To me, it seemed like 16 tracks [14 songs and the brief (descension) and (ascension)] was about four to six too many. But this is a trend – since I reviewed this January release from the dreaded Spotify playlist, I found out Jason had put out a 14-song album called “No Photographs” back in 2009.

Toward the beginning of this record, this is a very representative song called The Persecuted.

In watching and listening to the video, perhaps you’ll get my point: this album is sort of like a musical version of “Seinfeld” as it was a show about nothing. I have no doubt that Jason Vitelli has his fans and friends, but this was a review I just couldn’t get into. But then I always advise people to listen for themselves since your mileage may vary.