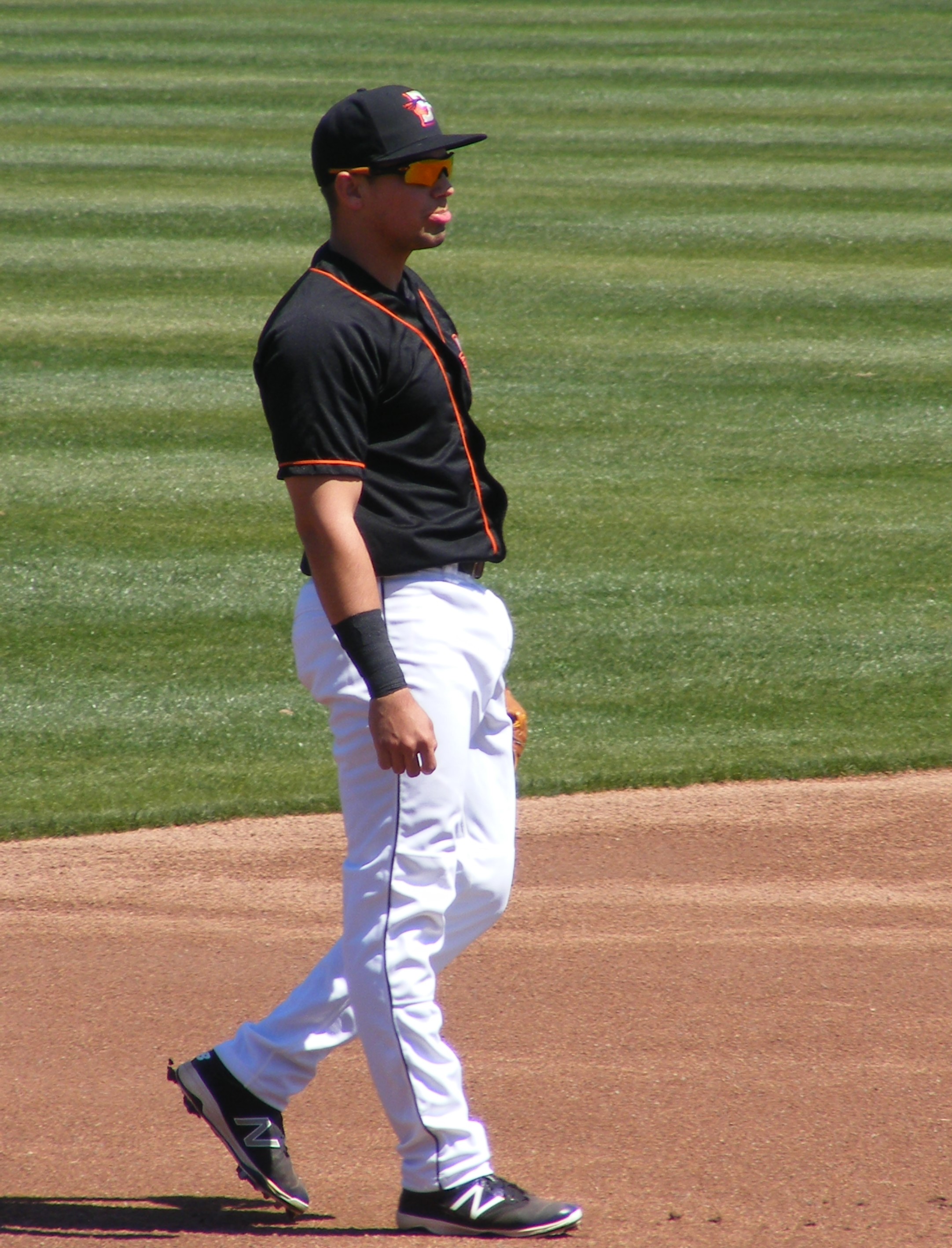 It seems like every year or two the Shorebirds get a fresh-faced infield prospect from the Miami area – most recently we had Adrian Marin, who now plays for Bowie, and a couple years before that there was some guy named Machado who was here long enough to mess up the first of two knees. (Fortunately, he’s also made a couple All-Star teams and won some hardware, too.) Now we have Alejandro Juvier, who’s not as highly regarded (as a 15th round pick out of Doral Academy, where he was the first player drafted from the school) but is still working his way up the Orioles’ organizational totem pole after splitting 2015 between the Gulf Coast League and Aberdeen.

The 20-year-old had a nondescript rookie year, hitting just .178 for the GCL Orioles in 2014, but the second bite of the apple proved to be better as Juvier hit a combined .307/0/18/.742 OPS between the two levels, combining 29 GCL contests with 17 games at Aberdeen. So it’s been a push to this level for Alejandro, but so far so good as he’s hitting a respectable .250 in 10 games (9-for-36.) The OPS, however, is a paltry .539 and that is definitely something the slender left-handed hitter will need to improve upon at this level. When power is not your strong suit, getting on base is a must and thus far Juvier has a 12-to-2 ratio of strikeouts to walks. Yet average-wise he is one of the leaders on a Shorebirds club off to a slow start at the plate (a collective .216 average at this early juncture.)

Another asset Alejandro has is speed – in 96 career games to date he has 15 stolen bases, which over a regular Shorebird season would get him into the 20-25 range. Even developing some line-drive gap power could make Juvier a threat to fill up the stat sheet by turning singles into doubles and doubles into triples.

In the game where I took this photo (Sunday) Alejandro was the 9-hole hitter and that seems to be a spot very suited for him – not a lot of power, but potentially enough on-base percentage and good speed to turn the lineup over. Juvier has moved around the infield as well, playing mainly second base with a little bit of shortstop in the GCL but lately seeing more time at third base for both Aberdeen and Delmarva. To me, offensively he projects as more of a second baseman as it’s not traditionally as offensive-minded as other positions – although Jonathan Schoop turns that assumption on its ear at the big league level.

So we will see if Juvier can keep up with this level or regress back to Aberdeen at mid-season. He has a good chance to stick if he can bump his on-base percentage up to about .325 so the top of the order can do its damage. It’s something to follow as the season develops.