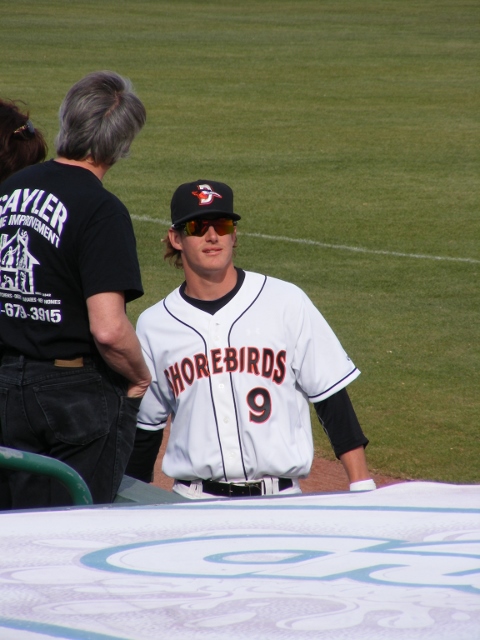 If you were to write a work of fiction featuring a baseball player, you might give the protagonist a name like Creede Simpson. But in the case of the Shorebirds, fiction is reality – although the numbers right now for the infielder may suggest a tall tale.

Indeed, the season is but 20 games old, but consider that Simpson is leading the team in RBI with 17 despite only playing in 16 games. Much of this is because Creede has been absolute money with runners in scoring position, hitting a sick .545 (12-for-22) in that instance. That number is even better than his overall average with runners on base, which is a paltry .536 (15-for-28).

Because he’s had more chances with runners on than without, Creede is the early candidate for a team Triple Crown with the top average (.389), most home runs (3 of the team’s 7 overall), and RBI (17). All this may be a pleasant surprise to the Orioles’ brass which only picked him in the 25th round after he played ball at his hometown SEC participant Auburn University. While the SEC is fairly well-regarded as a baseball conference, Auburn is generally an also-ran in the league.

Moreover, the 23-year-old Simpson had a mediocre debut at Aberdeen last year, hitting .234/5/28/.647 OPS for the IronBirds last season. But he advanced to Delmarva this spring nonetheless and has seized his opportunity with a fast start.

While it’s likely his stats will balance out somewhere in the end, the question as always is where that level will be. If it’s something along the line of .280/15/75/750 OPS that would be cause for celebration as the Orioles could have a diamond-in-the-rough prospect from a low-round pick. Sometimes truth really is stranger than fiction.