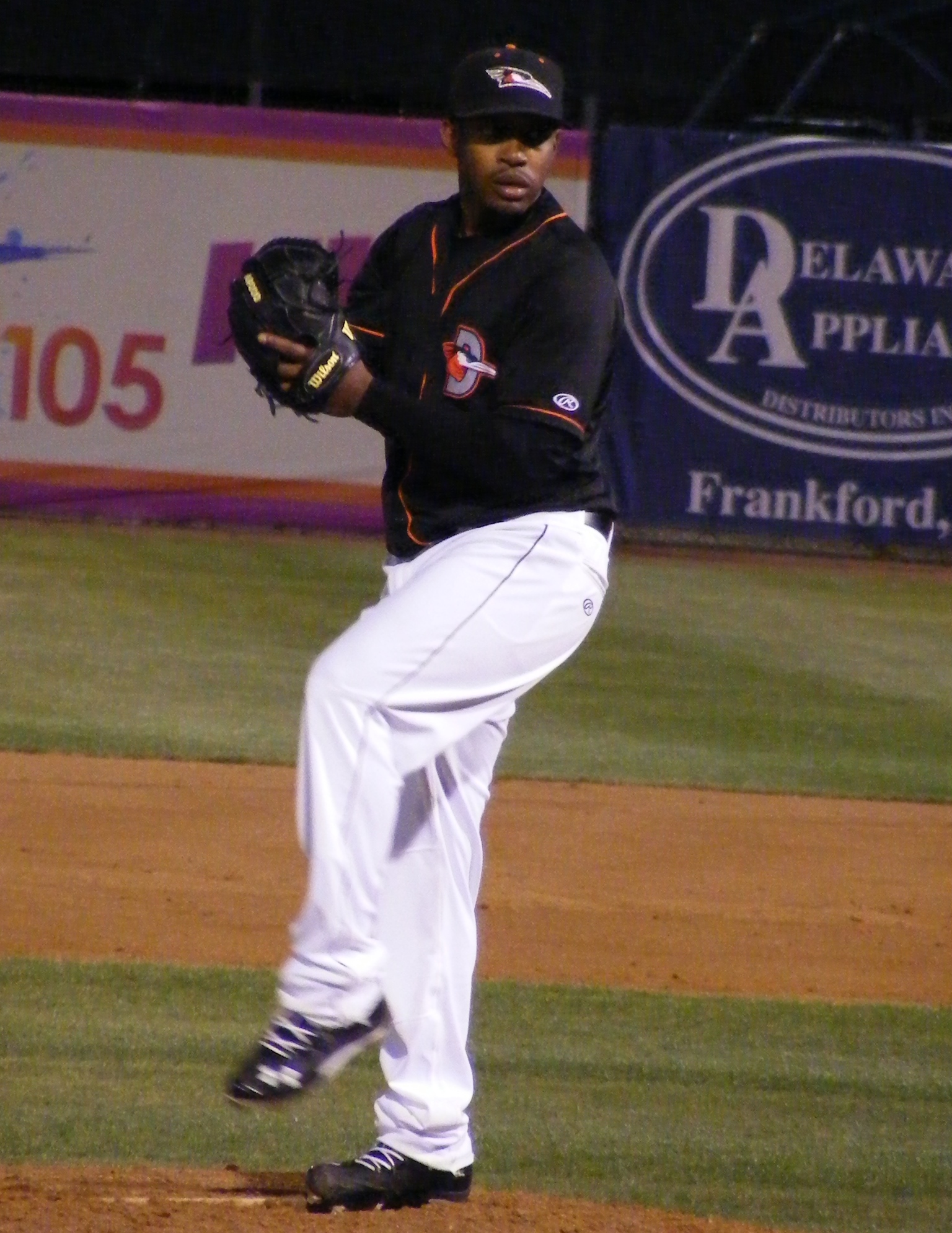 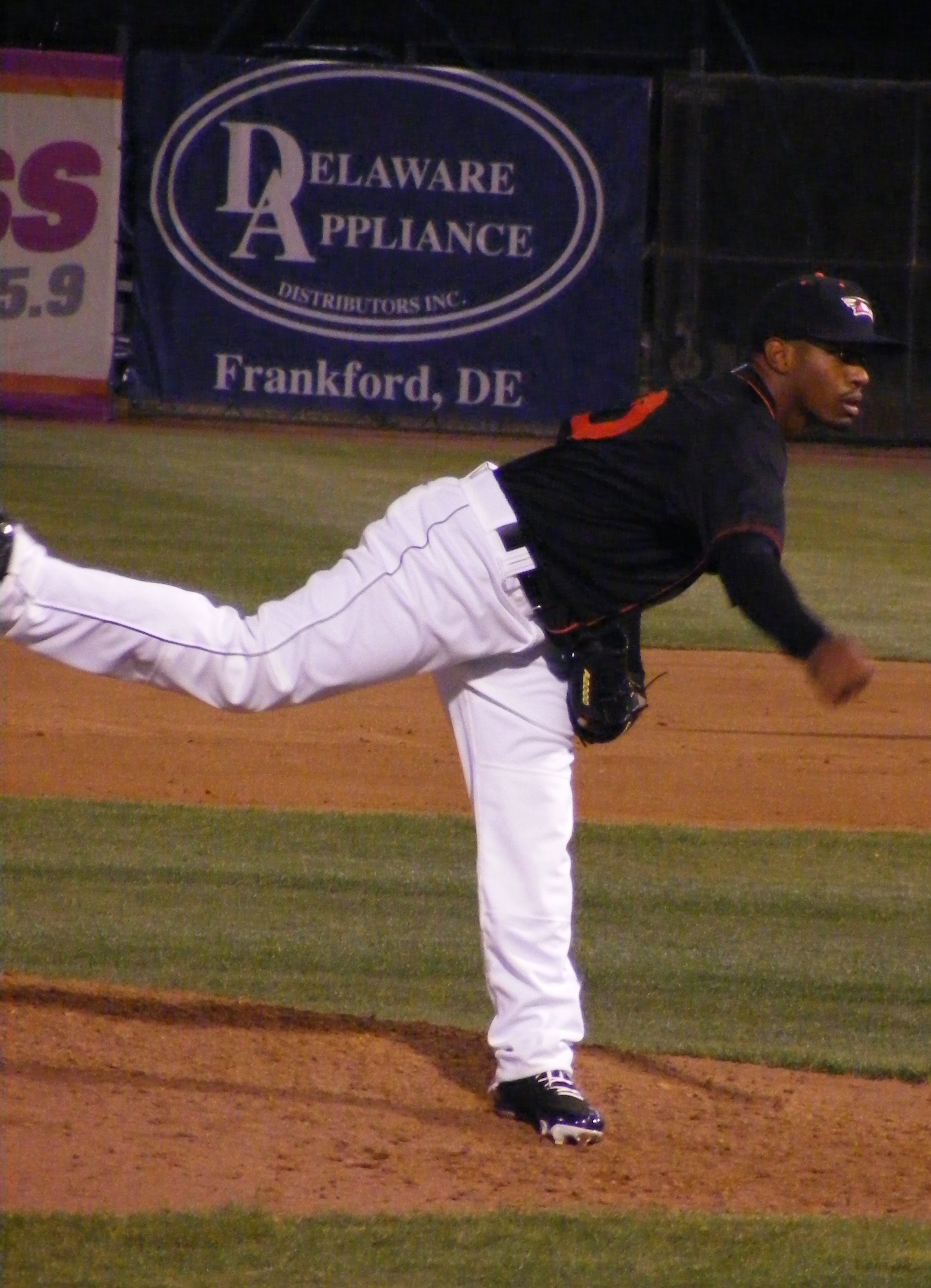 Because I don’t have any statistics to see who the “hot” player is, or an all-around body of work to compare or contrast, I like to use my first Shorebird of the Week to highlight a player who is a compelling story. Mychal Givens is back with the Shorebirds for a fourth tour of duty, but this time he’s doing it from a new position. As you can see from the photos above, he’s trying to resurrect his career as a pitcher.

Givens was a second round pick by the Orioles in 2009, ironically picked by the team just behind another interesting Shorebird story to follow as Matt Hobgood tries to recover from shoulder surgery. But having a .225 career average with Delmarva isn’t good for advancing a career and once he completed a season where he hit just .243 in his third try with the Shorebirds the Orioles decided Mychal might have a better chance on the mound, where some scouts originally believed he could thrive out of high school.

So Mychal will be given a shot out of the Shorebirds’ bullpen for now. Having watched him on Tuesday night, it appears he has reasonable velocity and a somewhat deceptive sidearm-to-3/4 arm slot which could be difficult on hitters. Granting that a D-III group of college hitters is far different than the South Atlantic League, Mychal made quick work of Salisbury University in his one inning of work Tuesday night.

There’s no question Mychal may be a work in progress and there’s the chance he may actually begin the season back at extended spring training – as I write this, I do not have the “official” roster. But I believe the Orioles will give him at least an initial chance here, and who knows? Maybe someday Mychal will be the successor to Jim Johnson and make what looks like a dreadful 2009 draft class for the Orioles somewhat palatable.