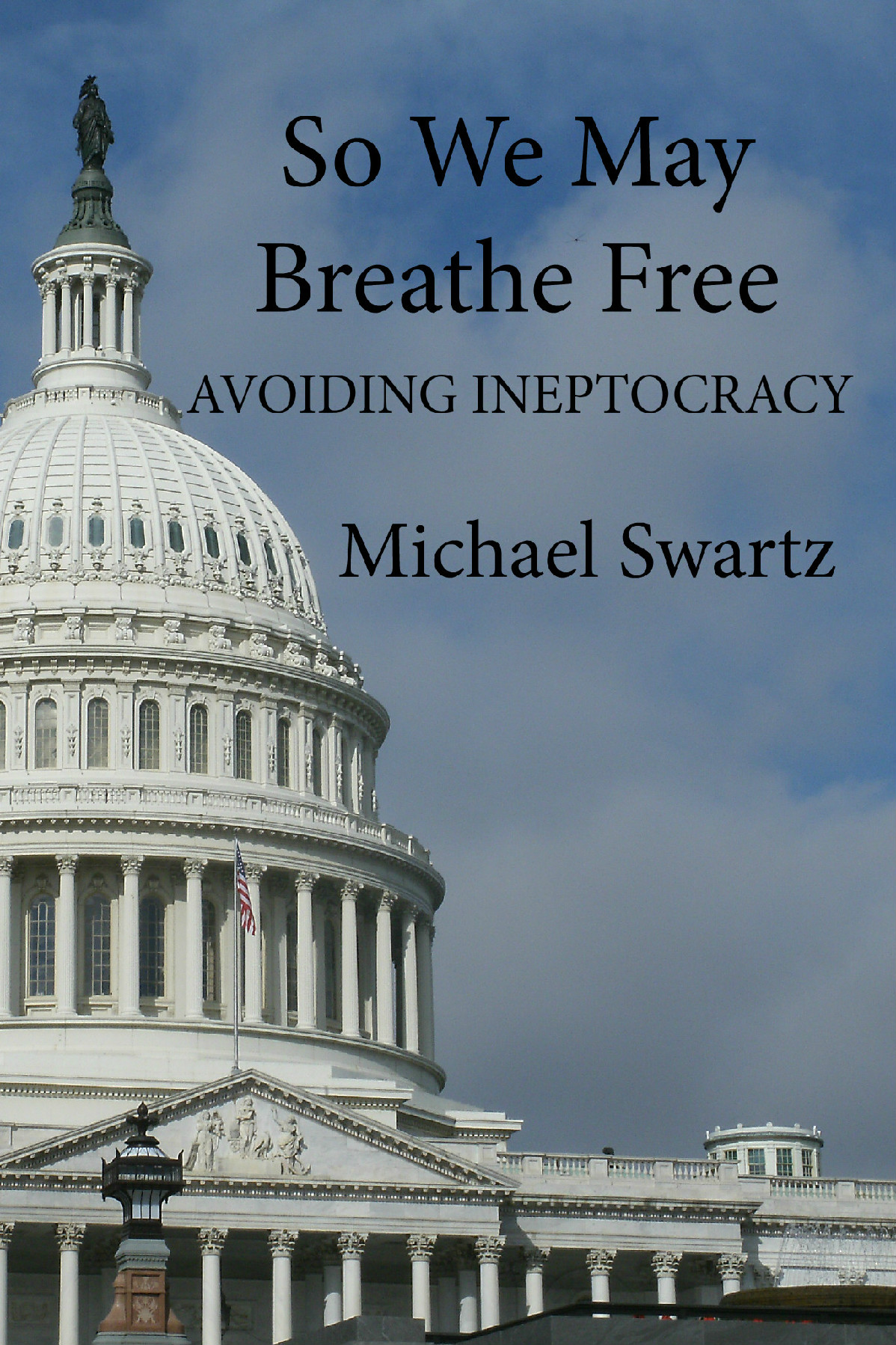 In case you missed the news – and it’s pretty likely you did because I didn’t even know it until this afternoon – my first book is now available on NOOK, with the cover I originally intended to use! (That’s the picture on the left.)

So those of you who have been clamoring to get my first full-length effort but told me you wanted it for your e-reader and didn’t own a Kindle, now you have no excuse! For less than Abraham Lincoln’s picture (which is damn near a coupon for a free gallon of gas these days) you can read up on just how I would deal with energy prices and many other problems America faces.

I expect to see my sales start to catch up with my expectations. Reviews have been favorable so far, but the best method of getting this book into the hands of those who really need to read it (e.g. all Americans) is through word-of-mouth promotion. That’s where you come in.

I’m not going to promise everyone who reads So We May Breathe Free: Avoiding Ineptocracy is going to agree with every word, but that’s why we have political discussion.

And here’s a news flash: I liked writing this one so much that I’m laying the groundwork for a second tome. It won’t be the same subject matter, but it will be on a subject I find very interesting and I think it’s a story worth telling. My goal is to have it ready in the spring of 2013.

Tomorrow I have an interesting day lined up, and hopefully it will make for an exciting post. Until then, buy the book!

2 thoughts on “‘So We May Breathe Free’ now available in NOOK!”