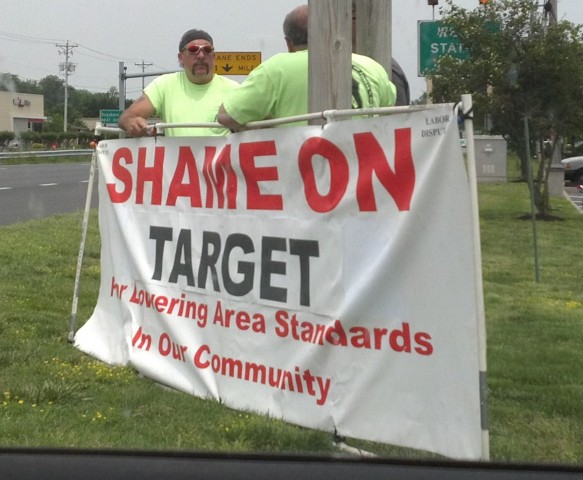 The Eastern Shore of Maryland isn’t known as a union hotbed, but members of Carpenters Local 2012 of Seaford, Delaware were recently spotted at an intersection close by the Target store in Salisbury.

A banner held up by a small group of union members read “Shame On Target For Lowering Area Standards In Our Community.” Since the Salisbury store is several years old, it was not clear if this was in reaction to proposed renovation work there or if the picketers were critical of Target in general. Like most department stores in the value-price retail segment, Target is a non-union store, but the chain is in the midst of a long-term program of renovations to existing stores.

One thought on “Union picketers engage in ‘shame’ campaign”